Are you as excited as I am?

Well, maybe.  Leave me comments if you want another Full Moon Weekend in July. This is very much an experiment. 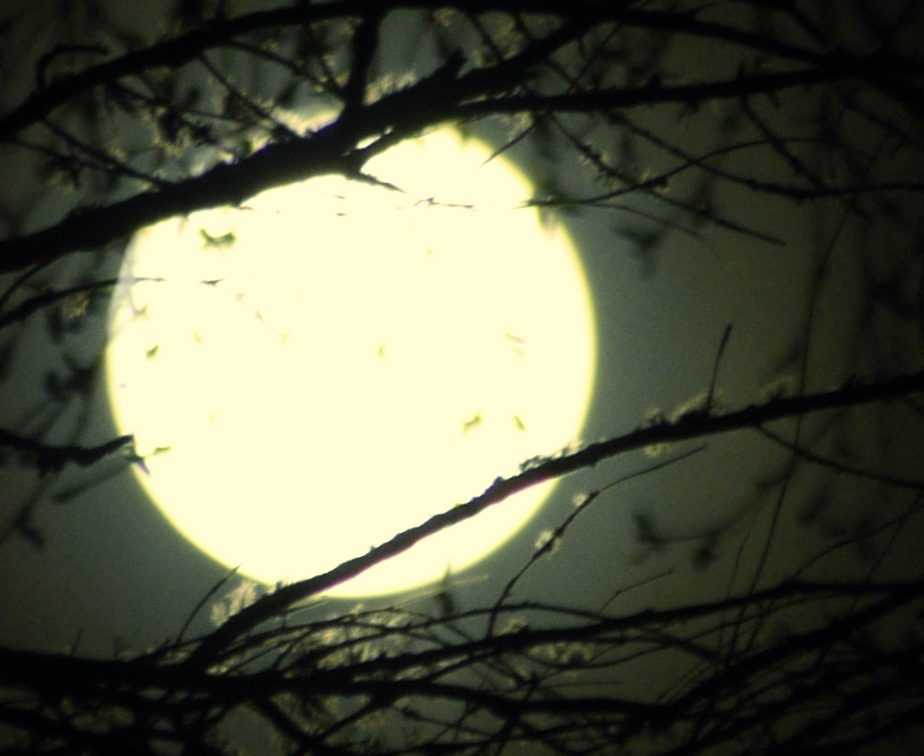 The Cold and Lovely Moon IV

I coughed again as I tried to catch my breath. It’d been a long time since someone had got the drop on me like that. And this guy was supposed to be my special someone?

My mom had freakishly underprepared me for this sort of dating. She’d told me, “If a guy doesn’t treat you right when you’re dating, he never will.”

Well, gee, mom, he gave me bacon and killed a guy for me as he broke me out of a mad science research lab after I’d turned into something with fangs the size of my fingers. Then, he bit me to prove he’s in charge and, now, he won’t let me kick him or call him names. But he smells nice. Is this a forever sort of love?

I have fangs! Fangs!

Well, not anymore. But I probably would again.

I inhaled deeply. I might survive. I’d had the wind knocked out of me before, but…well, hell.

“I take it the honeymoon is over,” I said, sitting up. I stayed facing away from him.

I’m badass. Most of the other women in prison wouldn’t have retaliated like that. In a word: attitude. I ooze attitude. And maybe that had made me a little soft—the lack of a challenging environment. But you just didn’t expect that. Especially from someone who’d told you that you were basically all soulmates and everything.

“The honeymoon hasn’t even begun,” he said, behind me. “And trust me, I’m very familiar with moons.”

“Yeah, well, you sure know how to put a girl in the mood.” The flannel shirt he’d removed was right beside me, and I grabbed it and pulled it on. “If you ever…ever…do that again, Tiberius…,” I said as I tugged it down around me. Mmm. Even his shirt smelled good. The bastard. Why did he have to smell so good?

“What?” His voice was softer as he said it, and his tone thrummed through me. Oh my hell. He wasn’t wrong about that either. His voice…it felt…different. It felt like we belonged side-by-side, a matching set of his and hers freakshows. It didn’t even make sense, but I wanted to plaster myself to him.

But, you know what? No. Just no. I’m not saying I like being treated with kid gloves, and okay, I’d liked being bitten. I’d rather it had happened when I was human, but I was game for that. This whole alpha thing, though, and the fact that he wasn’t ever planning on calling me by my name…. It reeked of why I’d killed a man. I’d ran him over with my car after he’d abused my best friend nearly to death—and what was left of her—trust me, death would have been better.

So, no, he could play power games with someone else. Maybe they wouldn’t give it up after some bacon and playful biting.

“Look, we’ll stay out of each other’s way and when we get somewhere near civilization, I’ll go my way—you’ll go your way.” It stung inside my chest, just as much as my skin had stung last night. It stung and burnt, and I wanted it gone, but I deserved better than that, so I ignored it…or tried to ignore it.

He got to his feet and walked around to crouch in front of me. Most women might have looked down, but, like I said, I’d run over a guy before. A guy who was part monster was nothing new.

Reaching out, he grabbed my hand clutching the blanket and pulled it up to his mouth and kissed my fist. “How about if I promise, in the future, you’ll only find yourself flat on your back for an entirely different reason?”

I narrowed my eyes. That didn’t even begin to resemble an apology.

“Also, you get most of the salmon I caught.”

That was a little better.

“And, after you’ve gotten cleaned up in the lake, we’ll get you some clothes that won’t itch you.”

I’d been scratching my leg where the blanket rubbed. “Clothes that won’t itch me?”

He nodded down at the blanket before pressing another kiss against my fist. “Acrylic. Now that you’ve turned once, all manmade fabrics will bother you. We need to get you in cotton or silk or leather,” he said against my skin.

So, Tiberius might not know how to apologize. This might be as close to an apology as he could make. Plus, he was giving me most of the fish. That sounded reasonable.

“You did kick me,” he pointed out as if he could read my mind.

Okay, so I had kicked him. “You called me easy.”

“No, you called yourself easy. I suspect you’re difficult, obstinate, and…”

I tried to yank my hand from his.

“And as beautiful as a full moon,” he finished. Tiberius wasn’t without his charm. He still might blur the line on wanting to kill him in his sleep, but, chances were, any man I was attracted to would blur that line.

His mouth lifted in a half-smile. “They looked good on you.”

I punched his arm with my free hand and glanced away. It was weird to be self-conscious about having good-looking fangs, but I still was.

“Holy shite, woman, you’ve got to stop doing that.”

When I looked back, he had his jaw clenched, and he was staring at the ground, taking deep breaths. “What?”

He lifted his head, and the fire in his eyes was the same as when he was a monster last night, and I’d made eye contact in the lab. A whole lot of danger and a healthy amount of hunger all rolled up in one.

I drew back half an inch.

Then, he’d shaken it off. Standing, he pulled me to my feet via our joined hands.

“Our kind doesn’t take physical challenges lightly—it’s against our nature not to react. I don’t know what you were like before they turned you, but I strongly suspect you were destined to have my blood in your veins. You have all the piss of a dark beast already.”

He shook his head, but his lips twitched in a suppressed smile. “We should get going. They’ll be out searching for us soon enough, and we need to get back to our clan.”

“Clan?” I repeated flatly. We’d need to have a discussion about what this sorority was that I’d joined, but I almost didn’t want to know before I’d eaten and had clothes on.

“Yeah. They thought I was the only one in the area, but it makes sense they’ll return there now that they’ve lost me.”

Okay. Whatever. “You mentioned a lake?” For the first time that I could remember, actual nature was calling, and I really needed to answer it…and then clean up afterwards because I always wash my hands. This time I’d be wiping with leaves and squatting somewhere, but I’d still wash my hands. I was only part monster on the outside.

He twisted and nodded toward a break in the bushes. “That way. You’ll be able to hear the river which empties into a lake.”

I dropped his hand to gather the blanket around me. It was chilly here. He’d been right about that too. He’d said last night it was going to be cold. It was for a summer day. I sort of missed last night’s fur.

“No, you should have gotten clothes for me too,” I said, walking toward the path.

I turned—because there was no one else he could have been calling, not because it was obvious he was addressing me. Well, it was, but not like he said it was. He couldn’t be right about everything.

“We’re in a brown bear’s territory—a thousand pound boar. We’ve recognized each other as equals, and he knows you belong to me, but if you see him, bow your head and try to look cowed before walking away.”

“What if I scream and run?” That would be my first reaction…and my second and third and fourth. Possibly around fifth, I’d manage some degree of rational thinking, but probably not.

“Then we’ll both chase you, and you’ll get to see me take on a bear.”

I arched my eyebrows. “I think that’s what I said.”

He stared penetratingly at me. “In the future, there will still be consequences if you challenge me as an alpha, but I’ll try to let you pick those repercussions.”

“You’ll let me pick how I want to be beaten?”

“No, I just need a release of my…tension.” His grin was so feral I almost stumbled back. “Of course, it’d be best—well, less time-consuming if you didn’t challenge me.”

I snorted. “Yeah, that’s not going to happen.”

He tilted his head and said, “Hmm.”

I stuck my tongue out at him before turning and heading back toward the path. And, okay, maybe I walked a little slower than I needed to…just in case he’d seen that as a challenge.

If you’re enjoying the serial, check out my Free Shorts tab or my Books tab for information on Frosted–also leave a comment–right below here. Wait, I’ll point to it. *points* Yeah, leave your comment right there.

Tomorrow night is Part V–or it might be Part Five…hard to say.