Home » Books » Give a Little–Writing to Spec

Give a Little–Writing to Spec 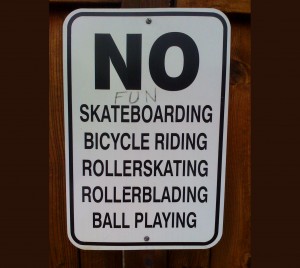 So, this has come up in my mind a bit lately as I’ve wanted to sub or I’ve changed things to fit submission guidelines. And I’m staring down a manuscript that I’ll need to figure out how I want to handle the POV.

With Adult Romance, it’s customary for there to be a few unstated or sometimes stated guidelines: Third person, Alternating POV of Hero and Heroine, and Past Tense. And, of course, there are brilliant outliers that break away from this and not all publishers want that. A great story can always find its place…eventually…hopefully. It’s customary, though, for those to be what you see in romance aimed at an adult audience. YA is a whole different animal in that realm of course.

It’s not always just: butt in chair and write whatever you feel like writing. Sometimes, a writer writes to specs.

When I start writing something new, it’s generally because I’ve seen a submission call I want to try to answer OR because I have an idea burning in my brain. Either way, there is always a point where I stop and think, “What is right by this story? Am I forcing it to fit into a niche that it wasn’t meant to? What will make this story marketable or easy to submit and will that change the story?” I go through a similar process if I’m reshaping anything I’ve written to fit guidelines.

From the first sentence, you’ve established tense and POV. I always write in past tense because I prefer to read past tense, but I hop between first and third person. I’ve gotten to a point where I’m split on it. I started off writing entirely in first person and then I used a summer of writing entirely short stories to work on third person. Now, most things I start writing, I write in third deep. I won’t lie–I started shifting to write in third because I knew it was more marketable for adult audiences. It was an area I’m willing to “give” in.

This is the first section of the project I’m trying to weasel out whether to change things about it:

I woke up dead in a trunk. You wouldn’t believe how often this happens to me. Pulling up my stilettoed heel, I kicked against the trunk lid good and hard.

And the short story I’m posting on Friday is in first person too.

Sometimes first person is crucial to voice or to adding a layer of reader connection–and sometimes it just makes it more difficult to find a home for. *sighs* Sometimes it’s hard to tell which is true.

One of the most frustrating parts of writing for me is trying to figure out where I want to “give” to make something an audience will read…versus what needs to stay so the story is right.

Earlier this year, I shifted a YA to MG. When I finished, I knew what had been lurking in the back of my mind since I first wrote it…it was a MG I was trying to fit into a YA niche. The POV–I shifted between first and third and I don’t know that it made a huge difference. I think I switched the entire manuscript back and forth between first and third person at least three times…because I knew something wasn’t right. It was that the story was a MG story.

If you’re a writer, where do you give a little to fit a niche? Do you consciously do it and sometimes agonize over it? Or am I just a freak?  (Actually, don’t answer that last bit.)

I’ve seen some writers on Twitter say that they will never write to specs and that they will always let the story dictate–that they’re true to the “craft” and that they won’t sell-out. (I always picture them beating their chests with righteous indignation when they say this.)

*shrugs* I write for an audience. I write so stories in my head will be read. I also write for myself and I write the stories I want to read, but I’ve found that I’d rather write a story I can eventually share than one that will forever live just inside my own circle, within my own head. And if that’s selling out, well…I’ll totally sell out for you guys. I’m easy.

Watch for that first person short story on Friday–I think you’ll like it. I wrote it for you. ; )