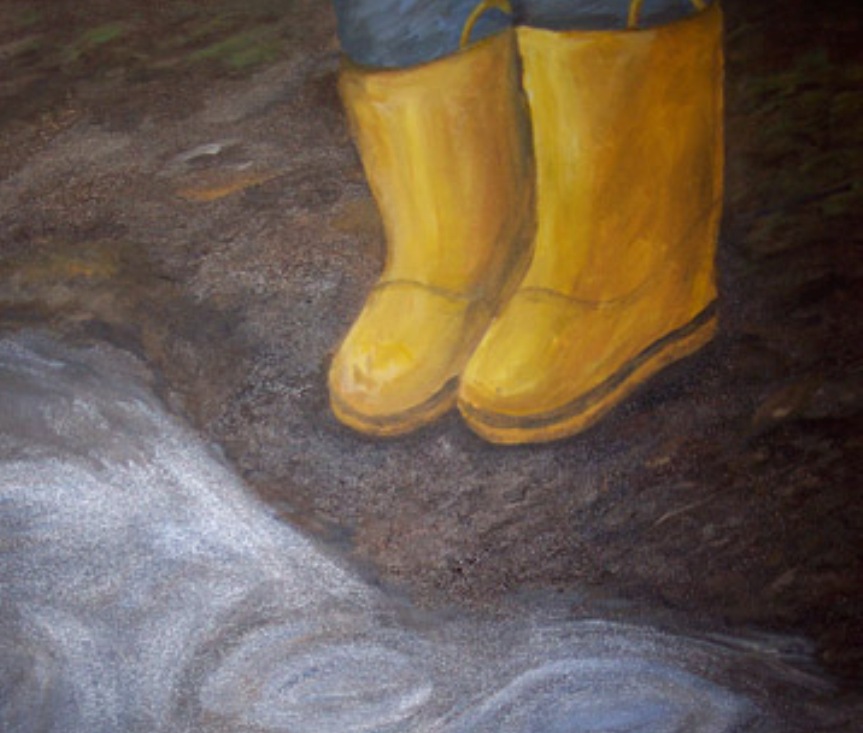 I know. That’s a weird title. It was “Deep is Painful” but I couldn’t find an appropriate picture that wasn’t also creepy. It might be slightly creepy with this painting actually…

Anyway, so this is another revision week. If you missed last week’s post on cutting words–that’s what I’m doing still and you should go check that out and commiserate. Cutting Words.

Today, I’m working on a novella that has been through multiple revisions so it’s been streamlined down, but therein lies a new quandary: words needing to be added. It’s not descriptions–I got those in–though, that is something I add after a first draft. (My first drafts are typically 90% dialogue.) It’s my deep third person point-of-view that I’m addressing.

Now, let me be flat-out honest…I’m not a pro at third deep. I first started making a conscious effort to write in third deep a year and a half ago. I’m a newb. So, I’m going to tell you how I’m screwing up and how I’m fixing it.  If you find it interesting then awesome.

In the other post, I mentioned words indicating I’m not going deep enough, but I’ll add them here too:

When I’m using these words for my POV character instead of just stating things flat-out, I’ve gone shallow.  But swapping words out or cutting them is just step number one.

The next step is actually adding things in. When something happens there should be more than just inner dialogue manifesting itself. And I know there’s a fancy name for this pattern writers should follow like reaction response blah blah blah, but I’m going from memory, and I’ve seen it on enough writers’ blogs and in books that it’s not proprietary. So, we can call it whatever we want. Let’s call it Bob.

Oh! Oh! Jerry! Okay, that’s an inside joke that probably only I get, but it’s still funny.

So, something significant happened–and significant means significant to your POV character not necessarily a volcano erupting.  This would be something that would generate a response. You’re on a blind date, your date walks in–you respond either negatively or positively or whatever BUT YOU RESPOND. Your date is hot as all get out…we’re talking a walking dream, and they drop their fork. You both reach for it, and your hands touch. You respond. In a chapter, this chain of event and response will occur over and over and over, and typically the event will start up something that looks like this.

2. Emotional/instinctual/gut reaction–you should not be naming emotions in third deep, though–this would be a description of emotions or reactions, not saying: She was afraid.

3. Then, you get that inner monologue thought reaction to the event.

4. The reaction moves out to actual dialogue possibly. (Sometimes it doesn’t.)

So, you can see that it moves outward from your first instinctual reaction to how you’d actually, physically respond. You don’t have to use all the responses to every event, but it adds more punch to a scene to use some of them.

I wish this was more instinctual for me, but it’s usually something that I work on in later drafts. Le sigh. And often after someone has pointed it out. Even more le sigh. So, in that way deep is a pain, but also deep POV should be a more intense experience for readers all around and probably the best example would be one involving pain because you’re going to get an obvious instinctual reaction.

Shallow and somewhat disturbing POV in response to a physical event:

Jane went to the kitchen window to see if her guests had arrived. She realized that the pain she felt was from the griddle she’d placed her hands on. Jerking back, she asked, “Who left the griddle on?” as she turned it off.

(If you underreact to this level, that’s creepy.) (That, in itself, is a story right there.)

Deep POV in response to a physical event:

They should have arrived. Jane stood on her tiptoes, leaning forward to get a better view of her front yard from her kitchen window. (1) Sharp pain hit her brain as she jerked her hands back. Ow! (2) What on earth? What moron left the griddle on? Ew. Was that the scent of burning flesh? Gross. (3) “Who left the griddle on?” she shouted, not expecting a response. (4) She flicked the griddle off at the same time as she turned on the faucet. (5) This was not how she wanted to greet her husband’s ex-wives even if they wouldn’t last the night. No way could she hold a gun now, and John’s aim had always been lousy.

Okay, that evolved. That does explain what kind of freak would underreact, though.

It’s a little different if it’s not a physical event so here’s another example for you.

Shallow POV in response to an emotional event:

The first thing Jane noticed when she opened the door was that John’s ex-wives were much prettier than her. She felt jealous even if he’d chosen her. “Welcome to our house,” she said as she gestured them inside. It was okay because she knew he loved her.

Deep POV in response to an emotional event:

She itched to slam the door she’d just opened. (1) Despite the rage suffusing her body with heat, Jane’s hand trembled where it rested on the door. (2) Of course John’s ex-wives were gorgeous. Why had he even looked twice at her? Maybe he’d known she had the guts to make them pay like he never could. Stupid, stupid John. She could just kill him for that. Well, as long as she was burying two bodies…. (3) “Welcome to our house,” she said, gesturing with her burnt hand. Crap, she’d need John to dig the holes. Never mind. He had chosen her. That said something. He loved her…more than them at least. (4,5)

If you have any advice for nailing Deep POV, I’d love to hear it. I feel like I’m just making it up as I go along…like I did those examples. *coughs* I think maybe I need to up the dosage on my meds.