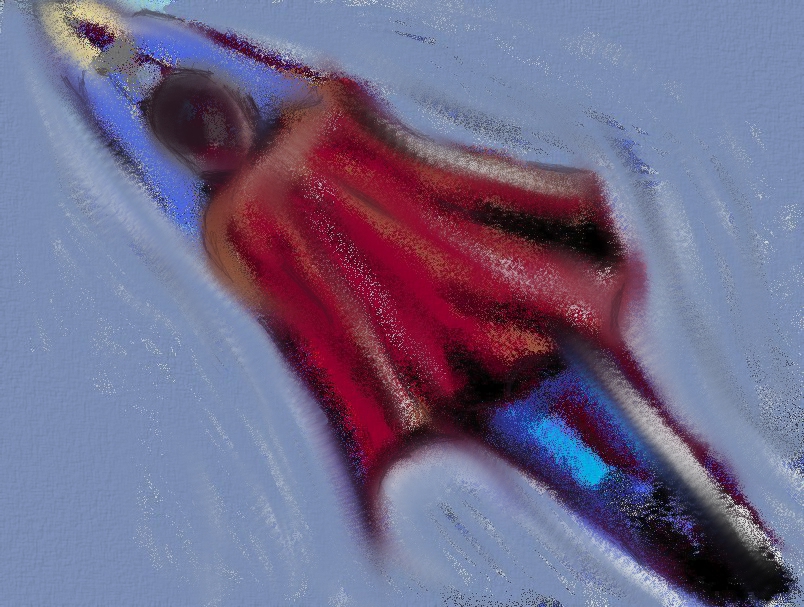 I’ve seen quite a few writers on Twitter deshelving lately–including myself. I imagine every writer has shelved a book or two or dozen…or maybe not an entire book–you hit 7K and you draw a blank or just scream, “It’s CRAP!” and twitch.

I’m working on five years of being at the writing game, so I have a bunch of stuff on my shelves…some of which should stay on my shelves, but a lot of which can either be finished, expanded, or reworked/revised. Some is just waiting for the right time, place, submission call.

The longer I’m at this…the more I can tell which can be deshelved and also I have the benefit of a bit of detachment. I used to shelve everything for six months, and I still do shelve a decent amount of things before I sub them. Shelving manuscripts can be right for some manuscripts. It can be a huge benefit. You come back with fresh eyes and it makes things so much easier. I couldn’t believe how much I was able to cut from a project recently. I wrote it over three years ago, and I was less attached to words. I cut paragraph after paragraph that was unnecessary. Something I never would have been able to do even two years ago.

Then, of course, shelving can be the right thing for a whole different reason. No writing is ever wasted. Whether it eventually can be reworked when you’ve got some mad writing skills or it just helped you develop those skills…writing is NEVER wasted.

Malcolm Gladwell in his brilliant book Outliers states that to be any “good” in our field we need to put in 10,000 hours. By my calculations I hit 10K recently.  It’s been a hard slog, and I’m by no means brilliant, but I can see the improvement in my writing. Permanently shelved writing helped me get there…and maybe it’s not permanent…who knows?

But, some things should be deshelved.

I hit an interesting birthday recently–that serial that I’m doing…I wrote the first part and basically shelved it on July 8, 2010. And while the first part looks a whole lot like that 2010 draft still, I really struggled to find the voice again for the remaining parts–to match it up.

Finishing something that’s been shelved is a tricky business in my opinion. I’m about to do it again. I just opened up the beginning of a manuscript that I wrote two years ago, and I periodically have come back to, called The Spark. I started it for a super hero anthology that I later subbed a different piece to.  I’ve been reading and rereading it trying to get the voice in my head because sometimes you can see the delineation in a partial that’s been deshelved and finished. I have that problem with another manuscript, and I reshelved it until I can smooth that out and fix the voice in the second half.

In fact, actually, I don’t think I’ll allow myself to stop projects in the future to shelve them until I’m not busy. Picking up the thread again–it’s just not a fabulous idea even if you’ve outlined the project out…which I don’t. In my opinion, shelving a partial and then returning to it more than a few months later–the project always suffers for it. You’re never the same writer six months later. And it’s a fricking pain to bring a partial to where you are now and yet still match the tone that you once had in your head. Reworking an entire manuscript is a much better idea.

Another reason I keep reading and rereading what I have for the Spark–I have no idea where I was going with it and I know I once did. I’ve planted clues for myself but I don’t know where they’ll lead. I just want to shake past Wendy for getting distracted while working on this. From here on out, I draft the whole thing and then shelve it…no more partials.

Some manuscripts are worth it. No matter where you’ve left them…they are a story that should be told.

Hey, do you want to read the beginning of the Spark? My family affectionately calls this story Ratman, and I typically get the Batman theme stuck in my head every so often while working on it.

His enthusiasm which bordered on madness was somewhat endearing, even if she might not see a paycheck from tonight’s work. It might have been a good idea to get more specifics on how much volunteering was involved in her volunteering for this.

Dr. Andrew Gillespie held up one of the large white rats carefully and smiled at it. Julia had never seen a guy so fond of rats, and in a city like New York, she’d seen plenty of human and rat interaction. Rarely was it like this. He treated them better than she treated her cat, and Mr. Snuffles was practically her child.

“We are going to revolutionize the industry. We’re going to change the world…of alertness aids,” he said.

“That’s beautiful. Touching.” This was a stopover job mostly. Working for a company that produced one of a gazillion energy supplements wasn’t the dream job she’d envisioned when she’d majored in business. Besides, eventually the world would have enough caffeine. She assumed. In theory.

“It is a beautiful thing,” he agreed, without the sarcasm.

So, isn’t it fun when I make you work to fit the picture at the top with what the post is about?

Okay, writers, have you had success with a shelved manuscript? Do you agree with me that a story suffers if you leave it as a partial and come back to it?