**This post may contain things that make you uncomfortable as the title implies. If cutting/self-mutilation bothers you, please stop reading and check out some of my other posts.** 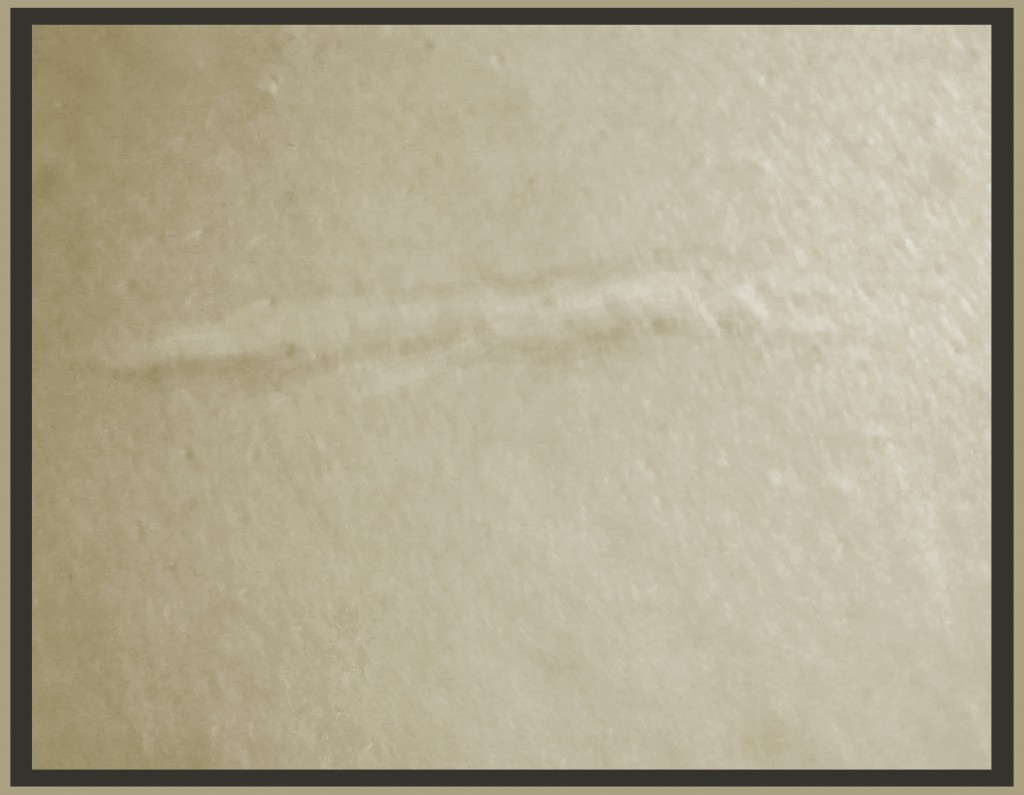 I’ve been meaning to write this post for a while because it needs to be said, but I wasn’t sure how my husband would feel about me mentioning it up until recently when he told a bunch of teenagers that I was a cutter and if any of them needed to talk about it–to ask me. I wrote about a cutter in an unpublished YA and banked my agent’s approval to talk about this because I suspected if it was ever published, people’s first question would be: are you a cutter?

Hey, my name is Wendy, and I’m a cutter. Yep, I AM a cutter, but I haven’t cut in sixteen years. Once you’re a cutter, you’re basically always a cutter. Out of the many females with Obsessive Compulsive Disorder I’ve spoken with, a huge portion of them are cutters. More than you’d ever guess. It’s just a very verboten subject.

I’ve been a cutter since around eleven or twelve. I used it to atone for things I perceived as mistakes and to stop my brain from obsessing about them. It started with stabbing myself with needles in my fingertips. It felt like the only way I could finally make up for things. Words and thoughts weren’t enough…I needed something tangible. It graduated to more painful and scarring things as I felt like my offenses became more severe. I mentioned in a previous post that people with OCD often suffer from dark thoughts. As those got more frequent, I needed something to keep a hold of sanity.

The most addicting thing about cutting is that it helped. The endorphin rush from the pain would give me a brief feeling of euphoria. Plus, I could control something–I could control the pain I was feeling. Also, it felt like I was atoning for something. I picked my current doctor based on the fact that when I told him about being a cutter, he asked, “Did it help?” not “Were you suicidal?” I consider myself still a cutter because I fight the urge to cut to fix things even today at age 37. And I see aspects of it in some non-cutting, but painful things like punishing runs or clenching my fists until I leave marks on my palms.

The most destructive aspect to cutting is that it didn’t help. I didn’t learn long-term coping mechanisms and my OCD symptoms got worse over time. Controlling pain doesn’t actually provide you any more control in the greater world than you had before. As my symptoms worsened, the addictive aspect to cutting increased. Using needles and creating quick-healing wounds wasn’t enough or frequent enough. And I began feeling guilty about cutting. Using cutting made me feel like a failure…and if I was a failure already…what was to stop me from worse cutting?

It built. When I met my husband, I was coming off the worst bout of cutting I’d ever gone through. I was in an abusive relationship that I felt I’d brought upon myself. My OCD symptoms were the worst they’d ever been, and my need to atone was just as bad. Most of the scars I still carry from cutting are from this period. (Including the one above that I did with a razor.)

Another destructive aspect to cutting is that it lowered my inhibitions in regards to physical injury and opened me up to depression. Cutting, for me, wasn’t a symptom of depression or an indication I was suicidal, but it was a poor coping mechanism of my search for unreachable perfection. The cutting made me feel more imperfect which lead to depression. At some point, those brief moments post-pain were the only times I felt like I was okay. And being depressed and having no resistance to injuring myself…is a very bad place to be in. Being depressed and viewing my body as not worth preserving while in an abusive relationship…well, you can imagine how that could go.

My husband, after we met, asked me not to cut and so I stopped for him, and I haven’t cut in sixteen years. And while I’m on medication for my OCD, I’ve made more progress in finding healthy coping mechanisms since I stopped using cutting.

If you’re cutting to cope, I get that…I understand…and maybe you’re in such a rough place that it makes sense to you. The release you get from cutting helps ease the stress and pressure you’re under. But the honest truth is that it’s a poor coping mechanism and you’re not solving anything.

If you’re cutting to cope, I’ll admit that I’d still be cutting today if not for one thing: someone loved me enough to ask me to stop. And I can tell you right now, there is someone in your life who loves you enough to do that too…if they knew. If you’re like me, you’ve either hidden it or you’re using it defensively to show that you’re broken. I did both. If you can stop for them OR stop for yourself because you deserve to have a body that is healed emotionally and physically, do it.

If you are cutting to cope, the control you feel is an illusion. That rush and relief you get from controlling through pain eventually controls you. You need it more and more. It’s foolish to ever see addiction as a method of control. It’s a piss-poor method too because that rush is short. You need something that lasts more than when the chemicals fade.

If you do stop, you’ll find a curious thing about OCD sometimes happens…our obsession with patterns becomes a benefit. At five years, you find that you’ve achieved five years–and you don’t want to mess that up. Even at a month of no cutting, I felt like I’d accomplished something significant.

If you don’t believe me or you’re not interested in stopping or ready to stop, you know…that’s fine too. My main goal in writing this wasn’t to change anyone’s mind, but to say that cutting is an aspect of OCD for many. It’s a compulsive behavior that some of us have that no more proves or disproves our sanity any more than hand-washing does. OCD is, at its heart, a brain chemical imbalance and there are many symptoms of that.

OCD is not your fault.

The things you do in your attempt to control it might be ridiculous, harmful, and, hell, they might even be crazy, but they are what they are: coping mechanisms for a crappy hand you’ve been dealt for the most part.

If you want control, take up something that gives you that rush: run, bike, or swim. Exercise increases endorphins. As does sex and some foods. Eat some strawberries, grapes, peppers, or bananas. (You can do a websearch for more endorphin-providing foods.)

If you want peace, look for it in meditation, yoga, or pilates. If you’re an artist, pour your emotions into your art and find peace that way. Find a good book and disappear into that world until you’re ready to cope in this one. And if you’re religious, search for it in prayer or in devotion to your religion.

Find someone to listen to you–to invest in your happiness. If you need help from professionals, there is no shame in asking for help–there is only control. You can control your OCD and your response to it. That is true control. There is control in realizing your potential as a person. You are more than you believe. You are stronger than you believe.

If you ever need to talk about any of this, you can reach me via my contact page or chat with me on Twitter (@WendySparrow.)

If you know me personally and this post upsets you, don’t let it bother you. This is another aspect to the love story that is my life. Once upon a time, I thought I could fix me all by myself and through destruction…but now I’ve found someone who cares enough to support me for EXACTLY who I am. And the fact that my husband supports me talking about this shows you that neither of us is ashamed about who I am. Besides, my past hopefully will help others, and it helps me know how to help B so that her coping mechanisms for OCD are much better.