So, I’ve been putting excerpts on Facebook to get those who follow me through the cold cruel days of waiting until Amazon finally put The Teacher’s Vet up for sale…. *shivers* You can go read those: CLICK ON ME! 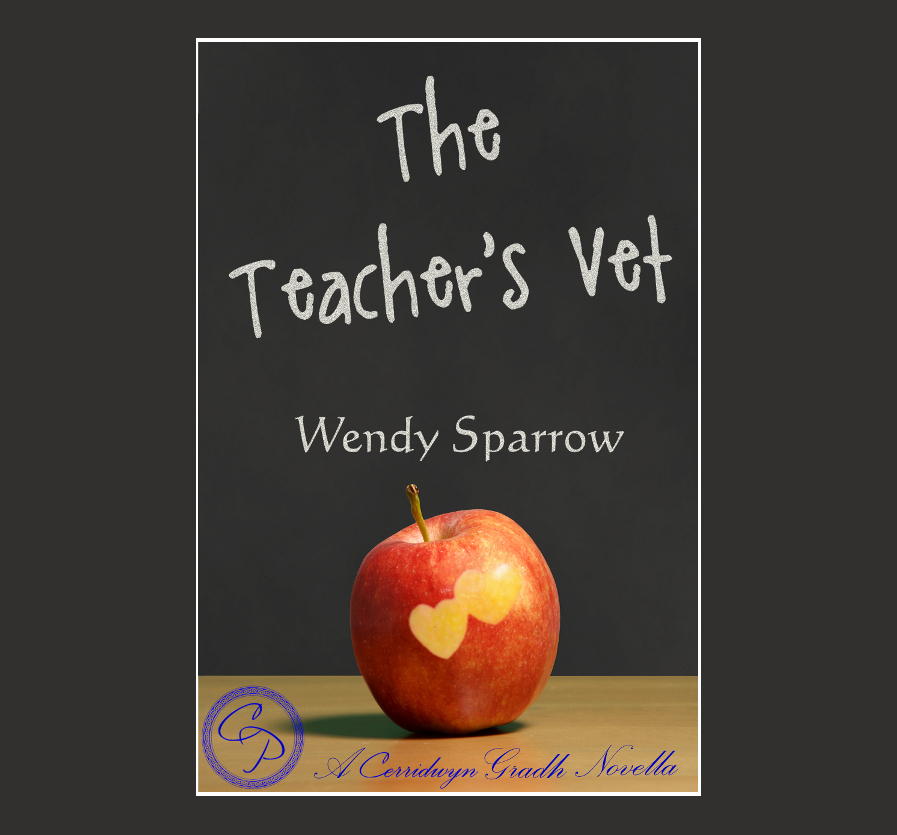 Normally, nothing about the first week of school is life or death, but Mr. Wibbley doesn’t look right, even for a turtle. Having one of the students’ parents be a veterinarian seems like kismet to substitute teacher Nora Pike—having him be single and the small town’s most eligible bachelor much less so. Navigating the drama of the substitute teaching pool is hard enough without all the single staff despising her.

Maybe once Mollie is in college, Caleb Bates, DVM can ease up and date again. Until then, he has his practice and his kindergartner, and that’s all he needs. That and to burn all the perfumed invitations to the PTA. Until Nora Pike enters his life—tall, intelligent, gorgeous, and pissed-off when he immediately dismisses her as using a sick class pet to get his attention. She’s disinterested. He’s intrigued. She’s not about to fall for the local vet—even if he is funny and sexy, and not even when he needs help overnight with a dog about to have puppies.

It’s just to help him. That’s all.

If the small-minded single women of Tall Pines find out their Most Wanted is taken, Nora may never substitute teach in the town again. Since the Garden and Eve, never has temptation looked as sweet as a guy with access to puppies and with a daughter who wants a mom just like Nora.

Here’s an excerpt to con you into checking it out:

She was back, perched anxiously on the metal stool, when another splotchy puppy made an appearance, squeaking and squirming.

“Puppies are so cute,” she said, watching as he checked Daisy’s vital signs again.

“Don’t be drawn into the puppy-ness. You should never get a puppy based on their cute factor.”

“Who said I’m getting a puppy?”

“Anybody who sees a puppy thinks it—unless they’re dead inside,” he said. “Sometimes even I do.”

“I’m still new here in town. I still have boxes to unpack, and I’m not sure how much I’ll be home,” she said on a sigh. “I probably don’t need a puppy.” She wanted one really bad, of course. In fact, she wanted the ones wiggling around on the soft blanket. She was already thinking of names for them which she had to stop doing.

“Nope, you need a sickly goldfish.”

“A sickly goldfish? Why would I want a sickly one?”

“You’d have to bring it in to your local vet possibly daily,” he said with a smile before putting the stethoscope back on and listening to the dog’s heart again.