While I enjoy baseball, I’m not a super fan, and I will admit my favorite part of watching the Mariners live is the garlic fries, so I got this checked by the most rabid baseball fan I know. Thanks, Sherri. 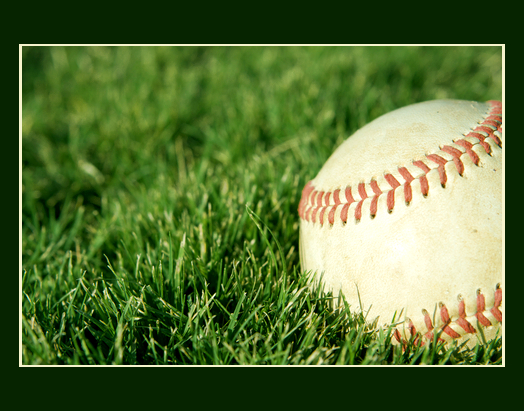 It was not a good sign that the best part of the date began after he ditched her when she went to use the restroom. On the other hand, the umpire was walking the diamond looking at the bases and every time he bent over she was grateful for hot guys in tight pants.

The woman was still in the bleachers, sitting there, watching him. Rusty had been asked to walk the entire field and report back to the league on its condition. This seemed as good a time as any. He just hadn’t expected this, too, to be a spectator sport. On the other hand, if he was going to have a spectator…she could spectate him any time she wanted.

Concentrating on the measurements proved to be difficult. Normally, he could file these in his head with no problem. After the sixth time of remeasuring the same distance, he gave up. It was impossible. Was she a parent intending to chew him out? Once again, if he was ever to be chewed out, the twenty-something blonde in the sunglasses—who was leaning casually on the bleachers behind her—would be his choice. She could chew him out…or chew on him. Really—her choice.

“Hi. Can I help you with something?” He tossed his measuring tape next to his mask. Hopefully, he could help her with something…anything.

She shrugged. The black spaghetti straps of her tank-top caressed her golden tanned shoulders with the movement. Then, she sat forward, resting her arms on her thighs. Her tank-top gaped enough to create interesting shadows without being more than just sexy.

Oh…here we go. Everyone always had an opinion when it came to umpires. There was always a call they didn’t agree with. The hot blonde was dropping in his esteem like a fly ball in the infield.

“If you ever go on a blind date—and they invite you to a ball game—first clarify what kind of ballgame. That was strike one.”

Rusty laughed. “You got invited to a little league game for a blind date?” Well, that was a curve ball. He’d never have expected to hear that advice.

She groaned and sat back. “I might not even have minded—if he’d warned me he had kids. Not to mention that I think he might be separated and not divorced.”

Rusty winced. He tried to place who she was sitting next to. It was one of the regulars that showed up for every game. Frowning, he was forced to admit he couldn’t think of who her date had been—besides an idiot. He had to be. She was here, and he was not. “So, besides that, I take it the date didn’t go well as you’re still here?”

She pulled her baseball cap off and dragged a hand through her straight hair. It caught the last few rays of the sun and shimmered. What was she doing on a blind date? Her skin reminded him of the color of warm caramel, and he wanted her poured all over him.

“So, strike two came when he yelled at you. I hate guys who yell at refs,” she said.

He snapped his fingers and pointed at her. “You were with Kent Myers.” That was it. That’s who it was.

Apologetically, he said, “Yeah, he’s separated not divorced. His wife wants to take him to the cleaners.”

She scowled. “In my mind, he’s still married. I don’t date married guys—ever. I’m not even counting this as a date in fact.”

“So, would that be strike three for you?”

She shook her head. “That was an unknown quantity, so he’d already struck out before you confirmed my suspicions. Strike three came when he asked me to go get hot dogs so he wouldn’t miss any of the game. Then, he didn’t offer to pay for them when I did.”

Rusty laughed again. Wow. Kent had really struck out for sure. Amazing. How could anyone have treated this goddess in a tank top like that?

“My name is Laurel, by the way,” she said, reaching out a hand.

Her grip was firm, even though her hands were small. She had blunt, red nails that weren’t too long, but long enough that they’d feel good on a guy’s back. Hot. Sexy. Laurel was a home run dream, and Kent was a moron.

Laurel leaned back against the bleachers with a sigh. “I didn’t. I’m such a sucker. He left while I was in the bathroom. I don’t think he did it on purpose. I think he just forgot I existed when his team won.”

She was probably right. Kent celebrated when his son’s team won in a big way. If he didn’t rage when they lost, he’d get more points with Rusty. Guys who yelled at a losing team had always worked on his nerves.

“So, that would be strike four…if there was a fourth strike?” he asked.

“Nah. He saved me the trouble of ending the date. Besides, the game wasn’t bad itself. I’ve been working too much. I work in an attorney’s office, and we’re perpetually short-staffed. I haven’t seen any baseball games in nearly a year now.” The sun dipped low enough that she took off her sunglasses, revealing chocolate brown eyes.

“You’re working on your third strike now, though.” She raised an eyebrow.

“What?” he asked, trying not to smile. She was flirting with him. Wow. She was a real swing for the fences. He’d have sworn she was out of his league. It was the nail polish. He’d never dated a real girl who painted her nails—and toenails which he could see through her strappy shoes.

“Yes. First, you didn’t offer me a ride home or offer me use of your phone,” she said.

“Can I take you home…by way of some place where we can pick up a slice of pie or ice cream?”

She grinned, getting to her feet. “Of course.”

“For the record, I’m not married nor have I ever been.”

“Ditto, but I’m sure you’d guessed that.”

He smiled and grabbed his stuff, gesturing at his car in the lot. “So, out of curiosity, you said I was working on my third strike…. What was my second strike? I mean, I’ll accept the blame for the first.”

“Well, that strike call in the sixth on the opposing team…you know the one…?”

Wow. She’d been paying attention. He was dealing with an actual baseball fan, and he had tickets for a game later that week. He’d been thinking of taking his nephew, but….

“That was completely a ball.”

“Yes, but what you didn’t know was that the kid at bat was not actually Mitchell Borden. It was his older brother who’s too old for this league but they snuck him in. I couldn’t very well ask for proof of identification on a thirteen year old passing for an eleven year old—so I struck him out instead.”

“Yes. I called him ‘Peter’ just before making that call, and he looked at me and said a word far too foul for a thirteen year old to know. What looked like a quick discussion about the call was really me asking if his mother knew they’d switched.”

Laurel laughed. “His mother had arranged it, hadn’t she?”

“These little leaguers have some intense parents,” she said as he opened the car door for her.

As he got in the car, he confirmed, “So that means I’m back to having only one strike against me, right?”

She pulled out some glittery lip gloss and put it on. Red fingernails. Wet, shiny lips. Longest legs he’d ever seen. Plus, she liked baseball. Kent was a moron. He deserved four strikes.

“Yep. You’re back down to just the one strike,” she said.

“That’s good to hear.” He backed up the car. “Because I’m hoping to get to first base.”

She smiled and slid a teasing look his way. “Well, don’t hope to steal anymore. You’ll have to take me to a pro game to get to second.”

Considering he had those type of tickets on his dresser at home, Rusty was liking his odds. “What about a bush league game?” Okay, it was a test. He was throwing out a little lingo to test her devotion. Girls had all kinds of tests. Guys could have a few.

“No. Major league. I’m not settling for a minor league.”

“You’re right. You, Laurel, should never settle. I feel like a pinch hitter, though, coming in at the end of Kent’s date.”

Getting a rise out of her made him laugh.

“This is a whole new ballgame,” she added, grinning.

“It certainly is.” And he couldn’t resist a game.

“Also, for the record, in this game, nice guys don’t finish last,” she said.

“Well, play ball then, Laurel. I’ll warn you, I’ve always been a closer when I play. The fireman.” It had been a long time since he’d been on a date that started out this promising—and doubly weird since it hadn’t started out as his date. Still, if he had to come in as a relief pitcher, this was a beautiful score.

“Because you’re so hot?” she asked.

He grinned his answer.

“You think you can nail this one down?” she asked.

It was rare he felt confident like this, but there was a connection here. He felt downright cocky about his game. “I do.”

“Bring it on, ace. I threw the first pitch, but I think you’ll like my swing.”

Sure enough, the date went for extra innings in addition to becoming a double header with breakfast the next day.

If you liked this, you’ll love On His List and Cursed By Cupid.