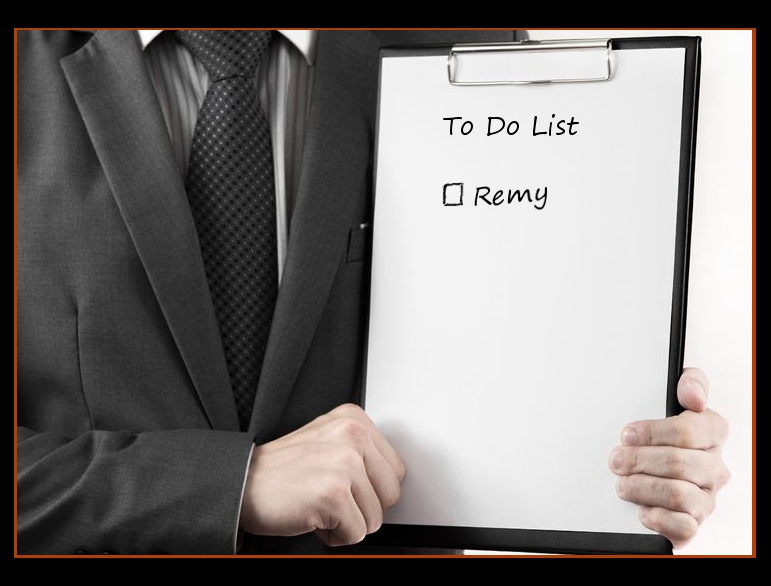 Remy marked up the list she was given…which nearly broke Owen’s brain, so she’s kept it tucked away so it doesn’t bother him. Only it’s bothering him in a whole new way.

When they’d gotten back in the car, he asked, “Where are we going next?”

Shoot. She’d forgotten to look. She pulled the paper out of her bra and unfolded it. In her peripheral vision, she could swear he’d been watching her do that. Okay, so…

“Are you following those directions too?” he asked, from right beside her, startling her. He’d scooted forward to look over her shoulder. His warm breath fanned her skin, sliding across her neck in a caress.

He smelled like warm cotton and…pine—like he would smell if she dragged him into the woods for something delicious. Only that might kill a guy like him. Getting dirty. In the woods. Still, a girl could fantasize. What guy wore cologne if he wasn’t interested in girls? They didn’t. Mmm.

She jumped, this time from the thrum of his deep voice across her live-wire nerve endings. Yikes. She needed a cold shower just from hearing him say her name and the smell of his cologne. Blinking rapidly, Remy stared down at the marked-up list and scoured her brain for the missing question and an answer to go with it.

“You want to know if I’m following these directions? Really?” Hopefully, that was what he’d asked when she’d been in her fantasy—deep in the woods where she’d been ripping off his shirt…before letting him fold it neatly and set it aside.

“Not at all. Whoever put these directions together had way too much fun with right turns. There’s one point where we would go in a complete circle for no reason at all.” She folded the paper—under his close supervision—and tucked it back in her bra. Her whole body felt rosy and warm from his attention. “There. Gone again. Even if you wanted it, you couldn’t get it.”

“Well, technically, I could.”

She’d been adjusting her mirror so she caught his smile as he said it, and then that furtive look up at her. Her pulse pounded as if she’d just run a marathon. He could slay women with a cool glance from those eyes, and she was far from immune.

Psst! Remember to enter the giveaway:

Oh, and go buy the novella too. It’s only .99 and you have more than that in your pocket right now. *raises eyebrows*