A Poker Game in Space 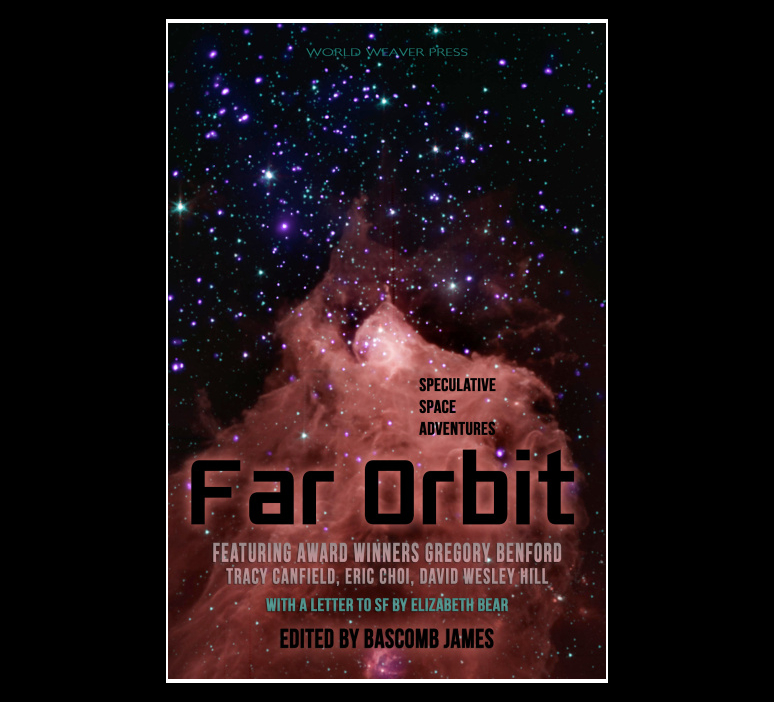 I’m now a Sci-fi author, and here’s how it happened:

My first brush with Sci-fi was most likely with Star Trek–the original Star Trek. My parents are old school Trekkies. I can’t remember a time when I hadn’t known of the crew of the Starship Enterprise, so I assume it started from the cradle. I remember walking in and out of the room while Kirk yelled “KHAAAAAAN!” My favorite episode was the Trouble with Tribbles.

My dad’s favorite movie is (or was back then) Forbidden Planet, and I remember him conning me into watching it when I was a child…and then never again. He convinced one of the guys I dated to consider watching it as a sort of penance for dating his daughter. I believe he even said that he wouldn’t let us marry until he did. A rite of passage. When my husband came along and the same challenge was thrown down…it was no big deal…my husband had already seen it.

Hmm, maybe I started loving Science Fiction with Star Wars. We all loved Star Wars in my family. My brothers collected all the action figures and ships and sets and would let me play with them–mostly with all the various versions of Leia…and Boba Fett. I always hooked up Leia and Boba Fett. They were just meant to be. It was a tragic love story that you wouldn’t understand.

Then, I got into school and was introduced to the mastery of Ray Bradbury. (My favorite book of his being the Martian Chronicles.) I snuck into my brother’s stash of books and dove into their collection of Fantasy and Sci-fi. Shortly after I was married, I finally read the Hitchhiker’s Guide to the Galaxy…and then moved through the series. Two years ago, I picked up I, Robot for the first time and hated myself for taking so long to read it.

My kids just got into Doctor Who and dragged me along. Once again–what took me so long? (Fave doctor: David Tennant. Fave companion…Clara. *lifts chin* And I don’t care what you think. I love her theme music too. It makes me smile no matter where I am when my kids are watching an episode.)

Where am I going with this?

I never thought I’d write a Sci-fi. I mean, sure, a romance set in space, but not a true Sci-fi. And if you read my novella, you might still have a solid argument for it being a romance set in space. When I sent the story in, I felt like I was setting myself up for failure. Because, let’s be honest, I write like a girl. I throw like a girl too. Actually, I do everything like a girl. It’s good that’s my gender–it makes life easier. But I write kissing books. I’m still trying to hook up Leia and Boba Fett. (Seriously, meant to be.)

Nobody flame me for the truth, but when a man writes romance into a story, it comes off among the general reading population as being part of the story. Because why shouldn’t a story have a relationship arc? Isn’t the quest for love the most universal and basic quest of all? When a woman writes romance into the story, that IS the story. *shrugs* Someday that stigma/feeling might change, but that’s the overall mindset that women who write Sci-fi and Fantasy work against. If you’ve seen the panels at Comicon and various other conventions, you know the gender disparity.

But I already knew authors with World Weaver Press who loved them, and so I submitted a story about a Texas Hold ‘Em game set on a distant planet. I told myself no way was it going to happen, but secretly I was hopeful. (Much like my feelings about Leia and Boba Fett.) When I was accepted, I had this weird moment of vertigo. Had the world shifted or was it just me? I was a sci-fi author. I had geek cred. I had a strange desire to run out into the street and yell that I’m a sci-fi author. I didn’t. Real sci-fi authors don’t do that.

That’s not to say I don’t have the same respect for romance authors. I tell people I’m a romance author, and I’m proud of that. But my brothers read Sci-fi. My husband reads Sci-fi. They’ve read my romances, but they’ll never be fans of the genre. I’m the middle child–the first girl after two boys. I tagged along behind my brothers. I had crushes on their best friends. I popped the heads off their Star Wars figurines…by accident. And both my brothers are writers, and I’m in a Sci-fi anthology. I’ve finally caught up. And established my geek cred. Life is good. Not as good as if Leia and Boba Fett had hooked up, but… *shrugs*

Check out the anthology. In it, you’ll find my story (short novella length at 10K) which I’ve always summed up as: it’s about a poker game…in space.