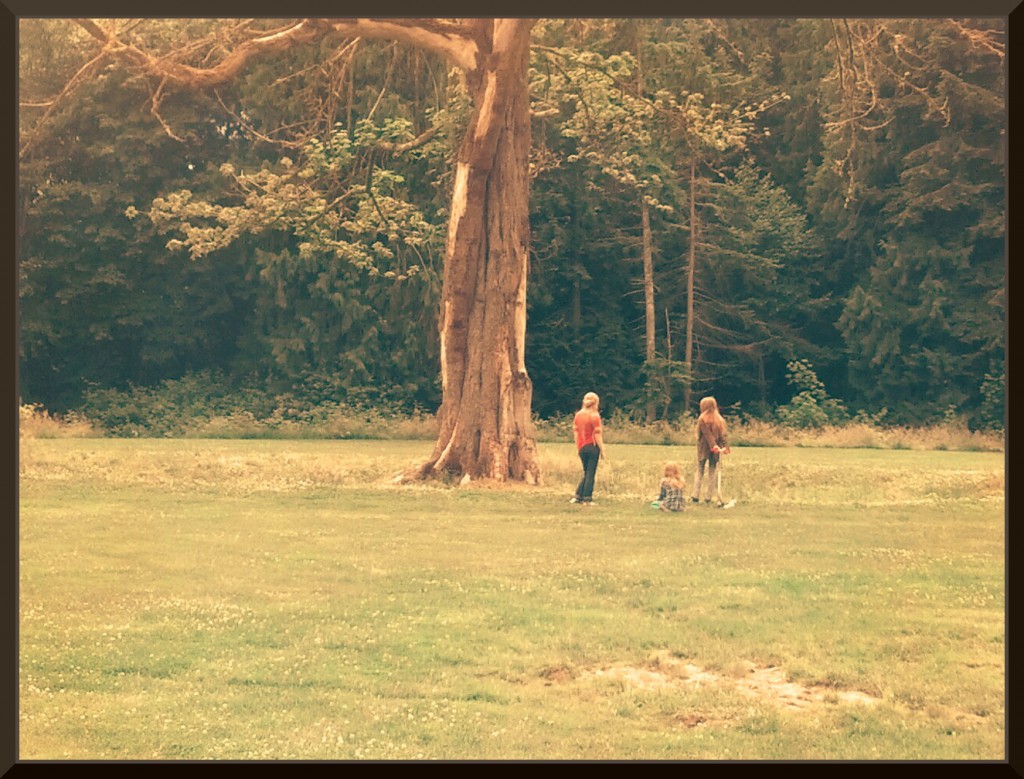 Have you ever read a book with a young character and thought, “That’s not a kid talking–that’s an adult who has never met a child–it’s their version of a kid talking,” or, “That’s a mini-adult,” instead of buying into it?

Sometimes authors will explain it away because the child is gifted…so they can talk like an adult shrunken to an eight year old. (It’s a reverse “Big” sort of thing.)

He’s a genius in fact.

He does not talk like a mini-adult despite having the vocabulary of one. He read many words long before he heard them–so for many years he pronounced multiple syllable words incorrectly because he pronounced them phonetically–which is an English fail, but he’d use them in the correct context. So, he had the vocabulary of an adult at around age six–even if he pronounced a ton of words oddly. He was even interested in similar subjects complexity-wise as adults. But using the same words as an adult, does not an adult make.

For example, today in the car:

T made a face. “I’ve got chlorophyll all over my mouth and it tastes terrible.”

He gave me a bland look. “It’s what’s in plants, Mom. I crushed a bunch of them and now I’ve got dead plant guts all over my hands and I just ate using my hands.”

(He went into a long complicated explanation of chlorophyll that I can’t even begin to replicate. It sounded straight from a textbook and implied that his mother has no concept of what chlorophyll is. I was busy driving and just let him go on for a minute. You do this with geniuses…if you were surrounded by super-geeks, you’d learn the “fade-out, but nodding” attention to conversations. My husband hates when I do this to him. Sorry, honey, but…seriously…geeks are cute, but…chlorophyll.)

At this point, my daughter said, “I don’t think plants are dead immediately after you crush them.”

T rolled his eyes. “Of course they are.”

I considered this and said, “It’s hard to establish a point of death in something that doesn’t breathe or have a heartbeat.”

My son shrugged. “Things can have a heartbeat and be living and still be dead. If you toss someone in the ocean and they’re surrounded by sharks, you could say that they’re a dead man and be correct. If there is no way they will live, they are dead. Plants are dead when they stop using chlorophyll and stop growing–or when they will shortly, but certainly, stop doing either.”

I couldn’t disagree with any of this really, so I said, “So, you’re saying that something can be considered dead when potentially death is the absolute determined eventuality?”

Rolling his eyes again, T pointed out, “By that definition, we’re all dead. Death is the absolute determined eventuality we’re all heading toward.”

“Okay, so the absolute immediate…no…imminent…the absolute imminent determined eventuality? So either a person or a plant by that definition can be living but also dead?”

I earned another frown. “Your acronym is AIDE. I think that’s a dumb choice for an acronym.”

He slid a look my way. “Remember on Sunday when you said you’d tell me what a colostomy bag was when we weren’t around other people?”

And I mentally banged my head against the steering wheel.

So, you’re probably thinking that was a very strange conversation…or maybe you’re not…maybe everyone discusses the life/death moments of plants, but my point is that kids will always look at things slightly differently because they haven’t had enough experience…especially social experience to quell their inquisitive outlook. If you follow me on Twitter or my author page on Facebook, these types of conversations are typical of my son. The words and knowledge of an adult, but from the eyes of a child. And this is a gifted child.

In a typical child, from what I’ve observed, the conversations revolve around fewer science topics and their vocabulary is more functional, less textbook. Also, my son is a very literal child. He is very literal about everything…as evidenced by his shark-infested water and “you’re a dead man” comment.

Either typical or gifted, creating a child character who acts, walks, and talks like a child can be done with the right amount of research. Some ideas:

1. If you have kids of your own, volunteer in their school. I could write novel after novel from the things kids said to me when I volunteered to help with spelling in my daughter’s class for a year. Basing a child on your own children might come out flat because of your bias…and because it’s just not enough variety to give you a bigger picture.

2. If you don’t have kids of your own, this is your chance to be an awesome aunt or uncle or grandparent. Take kids out and show them the world–beyond movie theaters. Look up local events–festivals, workshops, and fairs. Most libraries have events for kids–a fantastic way to cultivate a love of books and support your local library. Improving the life of a child is one of the most valuable uses of your time you’ll ever find. Kids remember these times for the rest of their lives.

3. If you’re all on your own, it’s time to people watch…in a non-creepy way. Adults tend to tune out kids in public places. In the grocery store. In restaurants. On the streets. If you meet a child like my son, you can have entire conversations with them. My son had a ten minute conversation with the podiatrist’s receptionist while I was filling out paperwork. He explained how baking soda volcanoes worked. In detail. I have no idea why. Cultivating awareness for those around you–including kids will make you a better human being. The next time the harried mother on the verge of tears ignores the kid throwing a massive tantrum in the aisle…you can stop and offer your help or just smile and say, “I’m sorry.” And…you’ll have your character out of it too.

4. Remember to include quirks. Kids adopt the verbal tics of adults they’re around and develop their own crutch words. Both my kids said “actually” enough that I realized how much I said it, and where they got it from. My son has a need to quantify everything. He uses words like: minorly, somewhat, moderately, slightly, and almost. “Are you feeling better?” He’ll do the hand wiggle gesture that means “s0-so” and say, “Moderately.” In church last Sunday, he said in a prayer, “We’re glad we could have a minorly good time in church.” As I said, my son is a genius, but he can’t tie his shoes. Something about knots baffle him. Whereas my daughter is obsessed with origami and finds knots easy. She picked up folding clothes in a second because it’s just origami on a large scale. Kids are weird and wonderful. Find your character’s hang-ups and interests.

5. Beware the precious. The problem with many kids in books is that writers make them too sticky-sweet precious. They’re this caricature Shirley Temple. If you think your kid is too good to be true, you’re right.

Kids are amazing, creative, inquisitive, wonderful, and fantastic creatures. The children alive right now embody hope for our future and deserve attention. To end this post, I’m including an excerpt from The Teacher’s Vet. Mollie is one of my favorite kid characters ever, but there are a few of my free short stories on here with kid characters like Keeping Fireflies–check those out if you need more examples of kid dialogue. Here’s the Teacher’s Vet excerpt–meet Mollie:

A commercial came on with a mother braiding ribbons into her daughter’s long hair.

“I wish I had hair that long,” Mollie said on a long sigh—a sigh so heartfelt and tragic it tugged at his heart even though it was absurd.

“Peaches.” He set down his cereal and pulled on one of her ringlets gently so it stretched out. She got her naturally curly hair from her mother—one of the few things he was grateful for. If he actually had to do more with her hair than just brush it, he’d be lost. He’d managed a few sloppy, sloppy braids, but that was only for special occasions. “Your hair is that long. It’s just springy. See. If I stretch it out, you have long hair.”

She turned to him and rolled her eyes again. This kid had a drama gene. Her teenage years were going to kill him. She was lucky she was so cute. On the other hand, heaven help him when she started dating. He was going to answer the door every day with a shotgun at his shoulder. She was too cute. “No, I wish my hair was straight and as long as Miss Pike’s.”

He already couldn’t manage to go more than a minute without thinking about Nora. If Mollie started talking about her too, he’d give up and drive over to Nora’s house and convince her that everything was going to be okay. He might even kidnap her and bring her back here to watch cartoons with Mollie and him.

He brushed the ringlets from her face and said, “Mollie, that’s the way it is with girls and hair. If you have straight hair, you want it curly. If you have curly hair, you want it straight. Your aunt Cami used to spend an hour before school every day trying to curl her hair to look like yours. I bet if you asked Miss Pike, she’d want hair just like yours too.” He couldn’t imagine Nora with curly hair. He could picture it fisted in his hand like he’d grabbed a handful of black satin, but he couldn’t imagine it curly.

He blinked. What were they talking about? Oh. “Yep. Cross my heart.” He crossed his heart which always made her smile. Leaning forward, he checked out that loose tooth of hers. “I bet your tooth is about to fall out. Smile and show me.”

She bared her teeth in a forced smile and said through a clenched jaw, “Look. I can wiggle it with my tongue.”

He tried to look suitably impressed and not at all revolted. There wasn’t a whole lot keeping that tooth in place. The phrase “hanging on by a thread” came to mind.

“Can we call and ask her?” she said, still through a wide clenched smile.

“Call who and ask them what?” He picked up his bowl of cereal. “You can stop smiling, honey.” She could also stop wiggling her tooth with her tongue. It made a muscle near his eye twitch.

He choked on his cereal. As he coughed and reached for his water bottle, he tried to think of a response. Mollie would tell everyone at school he was calling Nora if he didn’t tell her not to—and possibly she still would even if he did. Five years old wasn’t a good age for keeping secrets. Nora would kill him if more rumors started spreading before the others had died down.