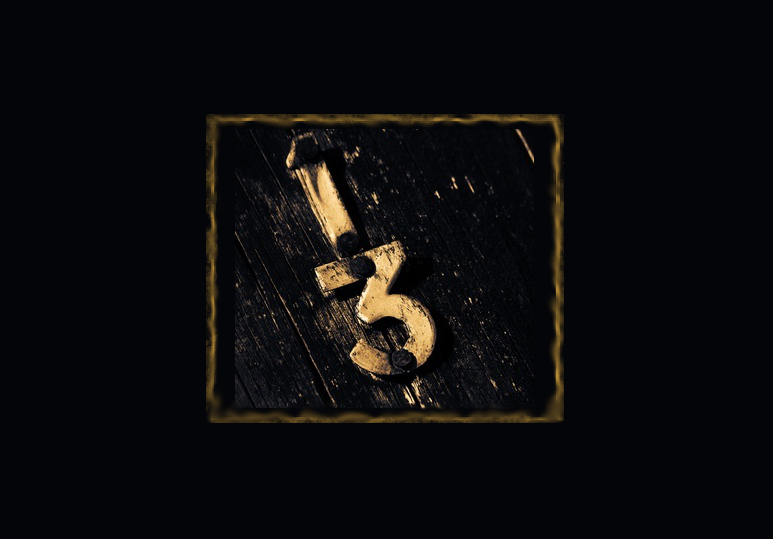 It seems appropriate to post this on a Friday the 13th and a full moon. The height of superstitious days, huh?

My husband’s commute on Friday the 13th is always really light because of the superstitious nature of people, but I suspect most of them have chosen or learned to be superstitious. In many with OCD, we’re superstitious against our will.

If you’ve spent time with me, you know I’m a devoutly religious person…even if I am irreverent at times and I don’t/won’t/can’t write religious fiction. (Curse my wicked sense of humor!) So, it shames me to admit that I’m very superstitious because it seems at odds with my faith, but I can’t help it. My brain is always one step ahead of me anticipating the worst and preparing for all eventualities, and that includes the unlikely possibility that walking under a ladder will affect my future, and that knocking on wood will prevent dire events. Every time I knock on wood, there’s my conscience saying, “Wendy, what are you doing? If God has a sense of humor, he’s laughing right now.” And then the ever-present guilt sets in…because it feels like I’ve back-handed my faith and hugged a clay idol.

Shame. Guilt. Disappointment. Disgust. And yet…I don’t walk under ladders. I don’t step on cracks if I can help it. Black cats make me skittish.

Now, if you really know me…there’s another thing you know about me…the odd numbers thing. Numbers seem to play a part in a good portion of OCD issues. I’m grateful that I don’t have to do any of my behaviors a certain number of times to find peace (which is another unwilling embrace of superstition that’s thrown under the heading of “it just feels right.”) However, even numbers unnerve me. Ever since I was a child, even numbers have felt “sharp” and make me twitchy and uncomfortable and MAKE IT STOP. They actually feel evil and unhealthy. I’m not sure why it is…or why odd numbers are softer, curved, healthier, and luckier. Prime numbers are my favorite. Prime numbers feel…pure.

When I was growing up, five was always my lucky number, but it’s become associated with nightmares now (and number associations I can’t seem to break forever–certain calendar dates depress me no matter how little attention I pay to them.) Thirteen has taken its place–so today is my lucky day. Last year, I was thirty-seven years old–a prime age to be turning in 2013. When the year turned, I was unreasonably depressed for many days…and I hated turning thirty-eight. Ugh.

I haven’t been quiet about my issues with numbers–it’s one of my less creepy OCD issues, so I don’t mind talking about it. People around me have taken pity on me and indulge my need for luck sometimes. My agent has been known to send out odd and prime numbers of submissions. My friends seem to suggest odd number of quantities whenever possible. When my books come out, friends try to keep the number of reviews odd whenever possible. (I appreciate your indulgence, by the way.)

Initially, on Twitter, I kept all of my followers, following, and tweet numbers odd. I’d tweet in pairs, follow in pairs, and then I’d block spammers to keep to that odd number. Eventually, I let myself ease up…but I still follow an odd amount of people at all times. Whenever I click that follow button, I see who they follow and grab a spare person from who they follow. So, I still follow in pairs to keep it odd. I have less control over FB friend numbers…and that gets to me. I’m acutely aware of the times when that number is even. (It’s been even for a week in fact. It makes my eye twitch each time I see it.)

Now, do I believe in any of this? I wish I didn’t. I don’t want to. But there is this part of me that I can’t turn off that screams, “What if it prevents catastrophe?” and logic and faith fall to the wayside, and I knock on wood…and the guilt sets in. Because OCD is all about the guilt and blame and control…and if knocking on wood gives me just a bit of control….

What about you? Are you superstitious? I don’t lack respect for those who are superstitious or begrudge them the comfort of their beliefs. In fact, I find it intriguing–like a depth to someone’s character that is worth exploring. It’s my lack of willpower which seems to contradict my faith that bothers me. I feel in my heart that my religion precludes most of my superstitious behavior, and my inability to exercise that belief–just stings. But I’ll always hold myself to a different standard than I hold other people–a standard I won’t ever meet…but that’s Obsessive Compulsive Disorder for you…the demon within my head that won’t be silenced or subdued.

Edited to say: I lied. Stand in line to flog me. I said, “I’m grateful I don’t have to do any of my behaviors a certain amount of times….” That’s not true as anyone who has beta-ed or edited for me can attest. I can’t do something twice. I can do it once or three times, but I try never to do anything twice. So, my early drafts and even some final drafts, if someone repeats something, they say it three times. Never twice. Unless I’ve been forced in revision to cut it to twice. Even when using more than one adjective, early drafts always have three. So, now you know, if you’re reading something I’ve written and it’s got a series of three things… *winks*