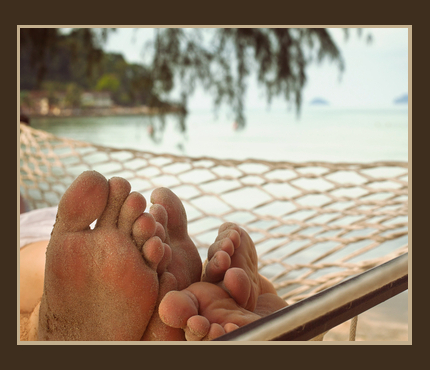 Every one of us will be rejected. Sometimes, it occurs over and over. Sometimes, it’s small—like when the person in your French class chose to sit by Debbie Richland instead of you. Sometimes, it’s big—like when your fiancé realizes he doesn’t want to be with you a month before the wedding. You think the worst part is cancelling the smaller portions of your plans. The hall won’t give back your deposit, but Kevin is taking it on; it was his mistake. He’ll even pay for the nonrefundable tickets to the coast. His fault. His fault. It becomes this mantra in your mind. It’s not me. It’s him. It’s not me. It’s him.

Then, you find out…there was no other person.

Everyone told you he’d found someone else. That dog. He’s found another woman. Despite what he says, that’s what it has to be. It’s comforting. You blame this other woman. Maybe she’s more beautiful. Maybe he works with her. Maybe she’s rich. You can hate her because she stole his affection. She had something that you didn’t. Now, she has your fiancé.

Being rejected for yourself…because you weren’t good enough…because someone would rather be alone than be with you…stings like glass in a wound. It wedges itself deeper into your heart and clear to your soul. It burns the edges of your mind and drags down your self-esteem to madness. It doesn’t heal no matter how far you bury it. You certainly can’t tell anyone else. It’s humiliating. You don’t want to believe it.

Plus, you can’t secretly despise him for cheating on you because he was doing you both a favor. Wasn’t he? Was he? Did you love him? Would this be any easier if you didn’t?

I cried for an hour—until my stomach hurt—until the sleeves I’d buried my face in were soaked clear through. Then, I went into the beach house. Good old Kev. He’d even handed me the keys to the beach house we’d meant to honeymoon in, along with the plane tickets. Everything had been peppered with “I’m sorry” all over. Yeah, I was sorry too. At least, I’d been able to leave town. There was that. I’d taken the time off.

Here I was, on the coast, in a beach house, with nothing other than a generator. No phone. No TV. No computer. It was the surf and sky and sorrow.

That night, I lay in bed with the lantern on the side table. There was a stack of paperbacks of all sorts of subjects beside it, but nothing I was interested in. What kind of story heals a broken heart? A love story? Yeah right. A sad story? I was cried out. Most of the other genres seemed to mock my pain. So, I lay there, staring at the ceiling as the surf beat against the shore, and a wind blew the switches outside.

I felt his presence long before I looked. Having someone in my room in the middle of nowhere should have shocked me. I would have expected to scream. I might have…if not for the peace that had swept into me moments before. I looked at him. The man that stood at the bed’s corner staring at me. He was hazy as if made of sand and wind.

“Who are you?” I asked as a languorous heat pushed into my limbs. I was falling through my bed into clouds. I felt safe and warm. I was dreaming.

He smiled, tilting his head to look at me. “Pentheus.”

“Pentheus? What are you doing here?” I asked.

“Your soul’s lament called to me. I’m a wind spirit,” he whispered.

I sat up, waiting for him to disappear. He didn’t. “Are you an angel?” I asked.

He shook his head and sat at the foot of the bed. The quilt depressed beneath him. His skin filled in with color and depth the longer he was there. This was a dream, though—it had to be a dream, didn’t it? His tunic was tan and matched his loose pants. His hair was the color of the sand outside. His eyes the color of the sea.

He shrugged. “Normally, I don’t have form. I come to those that have lost loved ones at sea here in this area to comfort them.” He held out his arms, looking them over curiously. “I’ve never had form before. This body feels…unusual.”

I reached out and touched his hand. “It feels usual.” What an odd thing to say…. “I mean, it feels human.”

He nodded and looked at me. “How can I comfort you, Elle?”

Wow. This felt weird. I felt better than I had for a month…maybe even longer, but none of this made sense.

“Where are your devices?” he asked, his eyes searching the small room.

I’d fallen into bed—at a loss as how I was going to spend the hours. I was still wearing jeans and a t-shirt and my socked feet were near his leg.

“My devices?” I repeated, sliding my toe forward to poke his thigh. He was real.

He noticed and reached down for my foot, holding it in the air like it was a curious object. He yanked off the sock for further study. “Your devices that your people find solace in now? The electrical devices? Few of my brothers have remained unborn as we’ve been replaced.” Tilting my foot this way and that, he prodded the red nail polish with a finger before bringing my foot to his mouth to sniff. I raised my eyebrows. He licked my instep, making me squirm and giggle.

“This place doesn’t have electricity. It uses gas and a generator.”

He set my foot on the bed. “And you’re alone here.”

Scooting closer, he ran his hand along my leg and reached for my hand. “Your skin feels soft…like wind on stone. I like this—being born.”

“You’ve been born?” He looked old for a newborn. This was so strange, but I was accepting it. Sometimes, things were so implausible that they were easier to accept, I suppose.

“Yes, it’s been some time since I’ve been able to console your people. We’ve been replaced. Man no longer finds solace in nature. My brothers have also been born of sorrow…of a lament so strong and tangible that they take form.” Scooting closer, he touched my neck in wonder. “It’s amazing—this touching thing.” Pentheus touched his fingertips together. “See.”

He smiled and laughed once before looking stunned. “I’ve never done that before,” he admitted. “I just speak directly into your minds and souls. It’s strange to be heard.”

“You can read my mind?” Okay. That was scary. I was fairly attracted to this stranger…hopefully he didn’t know that. It might shock him out of existence.

“No, it’s fading,” he said, wrinkling his nose. “By sunup, I’ll most likely be just like you.”

I looked at him. No. Not exactly. He might be human, but he was most definitely nothing like me. He was very male…and he was tracing my mouth.

“Your mouth feels different than your cheek,” he said.

His face flushed, and he said sheepishly, “You’ve probably noticed that already.” He shrugged. “This is all very strange to me.”

“It’s very strange to me too. Are you going to…disappear?” I was trying to hold back my emotions. If I could help it, I was never going to be vulnerable again. Never. Again.

“No,” he said, standing up and looking out the window. “My brothers that were born into sorrow—lived from there on out with the human that brought them to being. I can leave you if you’d rather.”

“No!” I almost reached for him to keep him here. “No, I mean, you can stay.” This was so strange. It had to be a dream after all. I lay back down and stared up at the ceiling, listening to the crashing waves of the distant beach, and Pentheus breathing. A few moments later, the bed dipped as he lay down on the bed beside me, staring at the ceiling as I was.

“Tell me of your sorrow, Elle,” he said.

I blinked back a sudden flood of tears. “He didn’t want me,” I whispered and then turned into his arms and cried against his shirt as he held me.

Sorrow is as natural as being born. There is something healthy and freeing in grieving and accepting solace. When it’s shared between two people—well, it’s so deep that it blended into falling in love for me.

We talked all night. I told him about feeling so lost in my own life since Kevin…how I didn’t even know my own worth anymore. He spoke of what he’d seen in the past in his centuries as wandering as a wind spirit. It was strange to discover that sorrow doesn’t age. They wept centuries before over loss just as I did that night.

When the morning came, and I awoke with his arms around me, I felt reborn too. I made him scrambled eggs which he ate with the giddy excitement of a child with a chocolate bar. We wandered hand-in-hand down to the beach to look for crabs and starfish. It was unfortunate that he learned his first profanity on his first day when I slipped and cut my foot on a rock, but it came in handy when he did the same thing. Most things he knew from generations of watching and consoling, but the touch and taste of everything were a wonder to him—and thus to me.

We stood on the cliffs overlooking the water that night. He inhaled deeply. “The wind smells differently now.”

Pentheus inhaled again. “It smells like you and the scent of your orange soap. It smells of the sea and seaweed and of creatures within it and without.”

“Creation and loss. Living and dying. Emotions. Instincts.” He frowned and shook his head before wrapping his arms around me. “It’s fading. I wonder if I’ll remember in a year what those even smell like.”

“I’m sorry. You must miss that.” His arms felt strong and real around me. I was gaining so much from his loss, and my loss had brought his to be.

“No. I won’t miss it. Being alive is worth whatever I lose. Besides, my mind is making new connections. I like the smell of salt on your skin…and the heat of it.” He lifted my hand and kissed my palm before licking his lips. “I like the taste of it too.”

I froze, my pulse racing. Our relationship had tipped and slid into something else. It was a new facet. The edge of a greater depth.

“Did I offend you?” he whispered in my ear.

I swallowed, shaking my head. I turned in his arms and pulled his mouth down to mine. One kiss slid into three and more. I could kiss him for eternity…or however long we had. On and on and deeper and deeper. His hands, warm and real, slid along my back. He wanted me—just me.

“I want to touch you,” he said against my neck as he kissed my skin.

“Mmm.” He was right. You could definitely tell the difference between a mouth and other skin. He smiled against my skin. Love born of sorrow felt deeper than love born commonly. Without warning, he picked me up and swung me in his arms, laughing. Happiness born of love was well worth the sorrow.