Home » OCD » OCD and Other Conditions

OCD and Other Conditions 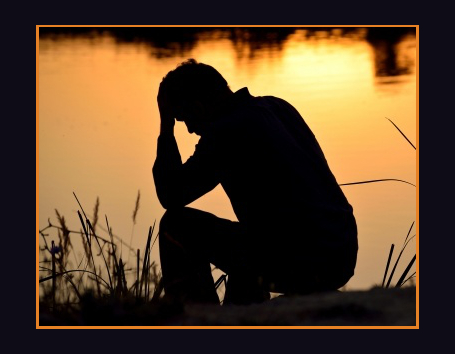 While most people aren’t diagnosed officially with Obsessive Compulsive Disorder until, I believe, their late twenties (I once read the average age was 28, but can’t seem to document that claim,) its onset is usually seen at two distinct times. The first is early onset which would occur typically between ages 7-11. The second would be after puberty between 18-30.

I have early onset OCD. I had it prior to puberty but the hormones made it CAAAARAZY bad. I hid it successfully from everyone except for my husband, until age 28 when I first told my child’s doctor because I needed to establish the genetic link to have it differentiated from autism. Then, I went to a doctor for myself because it was time to stop being ashamed.

Between 1-3% of kids will be diagnosed OCD, so it’d seem odd for the age of diagnosis to be that old except for high amount of comorbid conditions associated with OCD. (Comorbid means coexisting conditions commonly associated with the disorder.) Early onset OCD often has different coexisting conditions and is typically more severe than late onset OCD. (I say typically according to what I’ve read and seen, but there will always be outliers especially with the presence of comorbid conditions heightening the severity.) But these other conditions muddy the waters making diagnosis and treatment difficult.

With early onset OCD, some commonly coexisting conditions are: Tourette’s, Asperger’s, autism, ADHD, and sensory integration dysfunction/sensory processing disorder. (Some doctors won’t differentiate between autism spectrum disorders and OCD despite a genetic history.) There are behaviors such as hoarding that are seen alongside early onset, but sometimes they’re classified as a separate condition and sometimes as a symptom. I think the line is less clear in younger onset as to which is part of OCD or another condition and which is its own disorder.

With late onset OCD, some commonly comorbid conditions are: major depression, social phobias, generalized anxiety disorder, bipolar disorder, eating disorders, PTSD, schizophrenia, and trichotillomania. (Trichotillomania is a condition where a person pulls their own hair like eyebrows, eyelashes, arm hair, normal hair, etc. I suffer from a mild version of this but I keep it to a minimum.) Some believe that late onset OCD can develop from other conditions including post-traumatic stress disorder and is somewhat a symptom itself.

Many of these disorders share symptoms with OCD further complicating the process of getting diagnosed. Additionally, if you’ve read prior posts of mine, you know that my symptoms aren’t overt due to having primarily obsessive OCD, so I’m not really the poster child for obvious symptoms that scream “DIAGNOSE ME!” So getting diagnosed can be a complicated and long process…and then, if you’re lucky like me, you start layering on diagnoses.

So, you wanna hear my thick file?

I have sensory integration dysfunction, agoraphobia, claustrophobia, trichotillomania, and then PTSD–but that is leftover from the abusive situation I found myself in at twenty-one and my nervous breakdown. Actually, I have selective disassociative amnesia from that, but it’s secondary to PTSD and…some things you don’t want to remember, right? Then, I’m also a cutter, but that hasn’t made my official file. Neither has depression since typically it’s situational or due to medication changes.

If you have any questions, you can ask them in the comments or contact me via my contact page through email or other social networks.

**These posts are based on my own opinions and experience with mental health struggles. If you or someone you love needs professional medical attention, please get the help needed. My posts are meant to be informative, not replace such help.**