Home » OCD » Genetics of a Childhood with OCD

Genetics of a Childhood with OCD 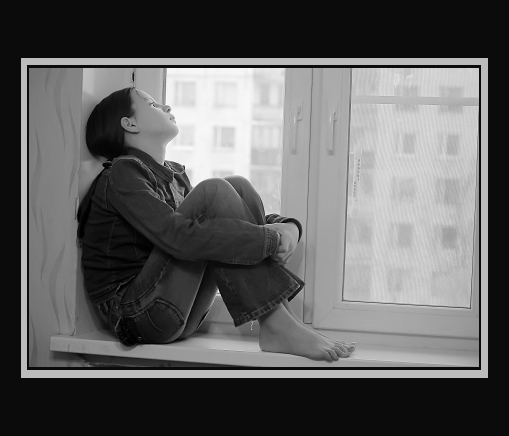 I’m not sure what the prevalence of OCD is in other families–though I know there’s a strong genetic component, but in my family…it runs mad.

My grandmother has it–though we’ve never talked about it really. Her obsession with her health is her primary obsession that is outwardly visible. My grandfather is a hoarder, so my own mother was a foregone conclusion for OCD.

My mother didn’t realize she had OCD until I told her. Around the time I owned up to it at 28, I started saying things like, “But it’s different from my mom’s.” At which point, my mother had a bit of a rude awakening which is funny because her form of OCD is the most typical. I grew up in a house where the front room had to be spotless and everything in it had to match. My mother has a system to organization and I’ve never seen anything like it–everything has a place. As I’ve mentioned, I’m neither clean nor organized so there was a clash of wills frequently. The benefit of her cleanliness and orderliness is enough that she’s never been medicated for her OCD or in therapy for OCD–that I know of.

Then, there’s me…and I have Pure-O OCD which is more subtle even if I seem to be the most severe in my family. My mom didn’t recognize what was up with me because our issues were so vastly different. She has the dark thoughts of OCD still, but also the outward symptoms. When I became moody and starting hiding things as a teen…I think she was adrift as to what was up with me, but she never suspected we shared symptoms. Plus, back then, things weren’t talked about as much. Mental health was a bit of a taboo subject in the 80s and 90s.

If only it had stopped there, but I stepped out of the dark at 28 in order to get my daughter diagnosed with OCD–which, honestly, crushed me. I felt like I’d cursed her. Her OCD seems less severe than mine and she has more typical symptoms also…as far as I know. Once again, though, the variances in our OCD mean that we often clash and my husband becomes the referee. She favors repetition and she needs things perfect and there is a right answer for everything. This means homework can take a very long time. Also, she has the same lunch every day during the school year–she thrives on that repetitive pattern in life. Repetition gets to me. I don’t mind rhythmic activities but repeating the same thing exactly without noticeable deviation makes me twitchy–horribly twitchy. Repeating things aloud…actually kills me. Seriously. I can’t even follow a recipe more than once using measuring cups because it’s too much sameness. My daughter also has hoarding tendencies.

I hate that my daughter has OCD. I feel like I gave her poison by giving her this via genes. It makes no sense that I don’t blame my own mother, but I blame myself as a mother, but there it is. OCD is like this heritage passed from mother to daughter in my family. We’ve never seemed to pass on the exact symptoms, but on it goes. Four generations so far of obsessive compulsive disorder. As I mentioned in another post about other conditions coexisting with OCD, the genetic prevalence holds true for that too. In my family, we also have bipolar disorder, ADHD, ADD, generalized anxiety disorder, eating disorders, and depression.

So, what does OCD look like in kids–what were my childhood signs? First of all, I want to acknowledge this is purely my experience with OCD in children, and kids can be quirky so seek a professional opinion if any of this sounds familiar. Remember it’s not the symptoms, it’s the amount of time it absorbs from a child’s life. A child could do everything on this list and not have OCD because it only takes up fifteen minutes of their typical day and it’s just something they like to do…not an obsession or a compulsion. We all have things that bring us comfort or enthrall us…it’s not always a disorder. And, to further complicate things, many of these symptoms are shared with other conditions.

In teens, watch for symptoms of cutting or using repetitive patterns to atone or make-up for perceived wrongs. The signs can be very subtle (see my post on cutting if you have questions.) Also, frequent episodes of depression can be a sign of OCD in teens–because nothing ever feels like enough and some days seem desperately impossible to get “right.”

If this sounds familiar and your child seems to be missing out on being a child due to their obsessions and compulsions, tell their doctor or seek help. The severity of my OCD could have been alleviated if I hadn’t kept it to myself or if someone had recognized the signs. And I had suicidal episodes and was cutting through my entire teenage years. OCD during the teenage years can be hell…don’t let them go through that alone.

If you have any questions, please put them in the comments or visit my contact page to email me or find me on social networks.