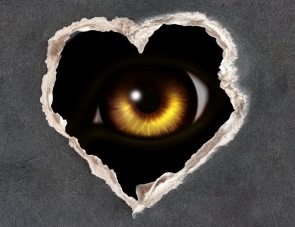 I’ve been doing a lot of reading lately. It’s what I do when I’m sick, stressed, can’t sleep, or just need an escape. So, I’ve been adding rapidly to my list of books read in 2015 as well as my list of flawed characters.  But, lately, I’ve been looking for a different sort of book: shifter books. I’ve aimed for funny shifter books but ended up reading shifter books of all types. It’s reminded me of all the things I had to consider when writing my own books. There are a few major decisions to be made when creating a shifter world. Here are some of them.

1. The title of the species/creatures, and is it just one species of shifter? With wolves, you can go with lycans, lycanthropes, werewolves, and I’m sure there are others. Some books have other were-critters like bunnies and bears. I even really liked a book with a polar bear shifter. I like that, though I only have wolf shifters in mine. There’s something just so cute about bunny shifters ending up with a predator shifter. It melts my heart. Sometimes, they’re just called shifters, but if you use that word…you can never use the word “shifted” in the novel unless they’re actually changing forms. Trust me, it’s confusing. I chose “Lycans” as the name for mine, but I use the word “shifting” for when they change…making it off-limits for when someone shifted in their seat.

2. What happens to their clothes. You wouldn’t think this would be a big thing to consider, but it really is…because if you opt not to have their clothing shift with them (which I’ve read, but seems weird–how do their clothes shift into fur and then back again?) then your shifters will find themselves naked now and again. And you have to remember that. It’s gotta be a factor to consider in conversations where one or more people is naked. In Twilight, the werewolves had little packs that attached to their legs so they weren’t naked all the time. My lycans just got used to being naked…even if their human counterparts still got a little uppity about it. I had to keep finding them clothes because the humans kept freaking out. Silly humans.

3. What are they like physically in their shifted form? Do they retain some of their humanity? Are they part animal/part human or entirely animal? Can they talk? Personally, I find it odd when they can talk in animal form. It veers off into Disney territory and I start thinking of Bambi. It throws me too if it’s not expressly said that they’re in animal form and speaking. I keep thinking they’ve shifted back. In my shifter books, they turn fully into wolves…albeit bigger than average wolves, and no talking–definitely no talking.

4. How much does their animal intrude in their lifestyle? In both forms, does it impact their thinking? Wolves are pack animals–does that impact your shifter’s way of living? Are they more violent or more possessive? Are there certain things like “true mates” that arise? In my Taming the Pack series, there are scent-matches where their nature picks a mate and they can’t resist them. Their thinking is primitive in wolf form, but it carries over into their human form. The concept of alpha and being in a pack is a huge deal in my books.

5. Does the rest of the world know about shifters and is it just shifters? I actually like it both ways on the first part. I enjoy reading books where everyone knows about shifters just as much as when they’re reclusive and secretive. I have realized I don’t like when it becomes a free-for-all and ALL paranormals are out of the bag. Vampires, witches, shifters, dragons, and all known paranormals…it’s too much. I like books with just shifters. In Taming the Pack, they’re secretive–with reason as they’re being hunted by human poachers.

There are a lot of other things to consider like world rules and settings and so on, but these are the ones that come to mind immediately.

If you’d like to know more about my shifter books:

This Weakness for You