Home » AmReading » Who Owns a Story and its Characters?

Who Owns a Story and its Characters? 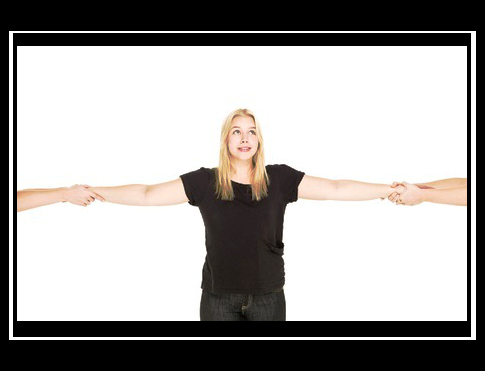 This post isn’t meant to argue over the legal/financial ownership of a book’s text and characters, but the thoughts and inferences made of characters and text. If I read Winnie the Pooh and decided that Christopher Robin was actually the imaginary friend and the entire book was a metaphor for the plight of bears in modern society, am I more right than what the author set out to imply? Or if I read all the Harry Potter books and decided that the final book was out of character and contradicted early books or just went in the wrong direction, so I’m choosing to ignore its impact on the canon, can I be justified? What if an author says in an interview later on that one of their characters is something outside of the actual text? Does that become canon because the author has said it?

Who owns the story and its players, not just the actual text itself?

There’s a famous literary philosophy called “The Death of the Author” by Roland Barthes that suggests that only the text itself is definitive. Anything implied by the author or inferred from the author’s life or opinions not included in the text isn’t valid. This philosophy states that you can’t limit the text to a single interpretation. “A text’s unity lies not in its origins but its destination.” So, the mental ownership of the story and its characters by the author ends at publication and is turned over to the reader. Barthes describes the author as merely the “scriptor.” (See the Wikipedia entry if you’d like more info–especially since I’m probably butchering it via paraphrasing.)

As an author, you’d think that would bother me…that I would toss out that philosophy in solidarity and grab my characters close. When my husband and I discussed this, he pointed out the root word of “authoritative” is “author.” Therefore the authoritative opinion on a book should be obvious. (I.e. if J.K. Rowling says that Dumbledore is gay in an interview, as she has, can a reader disagree and say that the text doesn’t support that?)

I’ve mentioned in other posts that authors pour a little bit of themselves into what they write, so taking the author’s opinion away from the work might strip it of some of its value. I once read a biography on Mary Shelley, the author of Frankenstein, and I felt like knowing the author added nuances to the text and fleshed it out as much as an appendix or an epilogue might.

Add to that, an author spends time immersed in a world that no one else can duplicate. How can you compare the countless hours spent creating a world and making it accessible to the public versus the time a reader experiences it? I know how long it takes to make a book–and I’m even a fast writer. Some writers take years to get a book how they want it–to get the characters and world just how they want to portray it. That should give them some rights, shouldn’t it?

So, as an author, I should argue solidly that characters and stories belong to authors…and we’re the last and final word.

I’m a reader, first and foremost. I’ve read thousands of books. I know what it’s like to emotionally invest in a book and its characters, and that’s the whole reason I want to see my books published. Authors want readers to invest in their stories…to become so involved that they care what happens to the characters. In some ways, we want to pass on ownership of our vision to the reader so that they immerse themselves in reading. It’s the only way a book becomes more than just text and becomes a journey.

Additionally, I’ve read and loved books by authors I dislike. I’ve had to mentally separate the art from the creator in order to do so. We do the same with actresses and actors all the time. “Oh, I hate so-and-so. He’s a complete jerk in real life, but I loved that movie and he played a great hero.” It’s always a moral conundrum when I support an artist that I dislike by buying their art. Sometimes, I try to get around it or justify it by borrowing the book from the library or telling myself that other people were involved in making a film and I shouldn’t discriminate based on one person. In the end, my justification is based on the belief that you can separate art from an artist.

Readers have been known to become so emotionally invested in books that they attack the author when their own vision is threatened by something the author has written or said–which doesn’t seem fair and can be very ugly in some cases. Unfortunately, I think it’s the flip-side of that disassociation that comes with seeing art separate from the artist. In those cases, I think the reader should never forget that a human being created the work, but I still believe the reader has the right to believe whatever they want to believe. Reading should give us that freedom–to experience the world and not just the words.

I think we’re seeing more examples of this fight over ownership of characters and stories today more than ever. Readers choose sides in love triangles and pick “book boyfriends.” They rise up in protest over the casting of movies created from books. There’s greater access to the creators of art on social media and in person. If you had a problem with Charles Dickens back in the day, you pretty much had to suck it up and get over yourself unless you were a published literary critic. Today, you could go to his book signings, create or post on a Facebook fan page, tweet at him, and so on. As I mentioned above, there are darker sides to this access. The voice of the reader is louder than ever…possibly even loud enough to drown out the author. I’ve seen reviewers stick to their guns on an interpretation in fights with authors. Who is right? Or are both sides correct?

As you can tell, I haven’t quite made up my mind on this.

What do you think? Who owns a story?