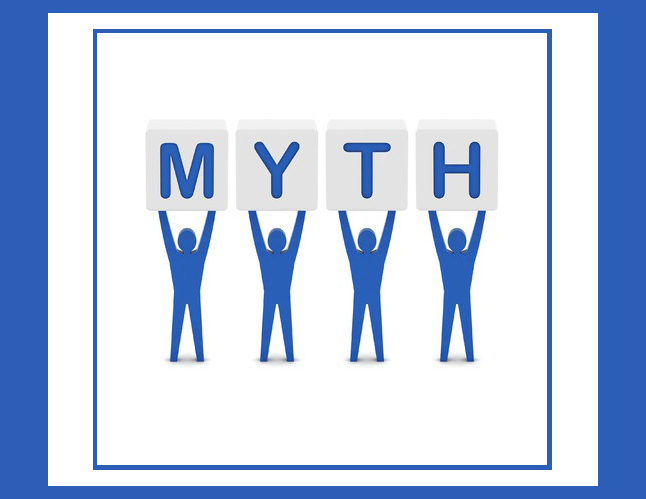 I’m going to run through a few of the most common myths I’ve found with obsessive-compulsive disorder.

1. People who have OCD are clean, wash their hands frequently, and are organized.

Uh, yeah, I’m not clean. Not at all. Not even a little bit. I will say that there’s a certain organization to my disorder and it is clutter more than dirtiness, but by no stretch of the word is my house “clean.” My mother’s OCD runs to cleaning and so I’m familiar with that form of OCD. I was raised to clean and lived in a very, very clean household, but I’m not clean. I don’t know that anyone would call me organized either–though there are some things that I do organize and some organized aspects to my OCD. I do wash my hands frequently because I have a contamination issue, but I don’t have to wash them a certain number of times. (For more info on Pure-O –my type of OCD visit this post.)

2. Only adult women have OCD.

While I won’t dispute that I’m a woman…I’ve had OCD my whole life. My daughter was diagnosed at around age 3. It definitely manifests itself differently in kids, but kids can have it. Men can have OCD and, in fact, most of the celebrities I know of with OCD are men. My non-relation uncle has OCD and his is completely different looking from mine also. OCD does not discriminate by gender, age, socioeconomic backgrounds, race, etc. It’s an equal-opportunity disorder. (For more info on what OCD can look like in children– visit this post.)

3. Someone can just stop having OCD and control their anxiety.

Well, sure…as much as someone can stop bleeding at will. Obsessive-compulsive disorder is a mental illness. <–note that last word: illness. This is the ugliest myth of them all. This is what prevents understanding. The moment you close your mind to someone’s mental illness and say, “They could just stop if they really wanted to,” you’ve abandoned them to their mind’s disorder. People with OCD commit suicide because they can’t stop it. The general public belief that mental illness can just be ignored creates open wounds and the mentally ill are bleeding to death. Can OCD be treated? YES! Heck yes! You can treat the crap out of it! Will it work? Maybe. Possibly. It’s worth trying. But mental illness is not something that can be gotten over…like a cold…like a hangover…like a bad day. We didn’t choose this. We don’t continue to choose this. (For more info on OCD and suicide– visit this post.)

This is a strange myth to me. The final word in the condition is “disorder.” Disorder, by definition, is a disturbance in the natural order of things. I recognize that the word “normal” is also somewhat a myth, but OCD is a set of symptoms that taken as a whole is not within the “normal” scope of mental health. Can a person be very clean and not have OCD? Yes. Can a person be extremely organized and not have OCD? Yes. Can a person hate germs and not have OCD? Yes. We live in a very quirky world with a variety of individual characteristics that don’t equal mental illness. Disorder is found in the combination of symptoms, the amount of control an individual has over them, and the degree it interrupts their life. If you claim, “I’m a little OCD,” in front of me because you have one little quirky trait, I won’t be offended–I’ve heard it far too often for that. I will think, “They don’t understand me or OCD.” That’s not to say there aren’t degrees of OCD. You can have mild OCD and never need or want treatment. My mom isn’t planning on seeking treatment–she likes having a clean house.

Oh, dude, you didn’t believe this, did you? Seriously, we know that we’re acting odd. In fact, that’s what separates OCD from other neuroses. You have to be aware that your rituals, behaviors, thoughts, etc. are unfounded in reality. My doctor has told me when I’ve asked him if I’m crazy that the truly crazy people don’t ask that question–they think they’re sane. That awareness…is part of what drives the disorder. Not only are we aware of it–we’re typically aware that it puts off other people. Most people I know with OCD are highly-intuitive when it comes to reading other people and OCD has been associated with higher than average intelligence. We know. And now you know that we know that you’re thinking we don’t know, but we know.

6. OCD is the result of poor parenting or a strict religious upbringing.

While the exact cause of the disorder is unknown currently, OCD has been shown to be related to a brain chemical imbalance as well as it has a genetic component. I have awesome parents. I have four siblings. I’m the only one with OCD. My daughter was diagnosed at age 3–and she was mostly nonverbal at the time so I can’t imagine religion factoring that heavily into her life back then. I will qualify that the nature, manifestation, and severity of OCD can be affected by the environment in which you grew up. My penance cutting definitely had a religious aspect and the fact that I hid my OCD and it went untreated probably worsened the severity it affects me today. But its manifestation does not equal causation. (For info on OCD and Religion: see this post.)

7. OCD is the result of stress.

Being under stress can make my OCD symptoms worse but it, by no means, causes my OCD. Stress can lower your immunity to physical ailments and it has a similar effect on mental health. Plus, it probably doesn’t help that when you’re stressed you often change your nutritional choices, sleeping habits, and don’t exercise as much–all of which can affect the severity of symptoms.

So, there you go. I’m ending on a prime odd number because I prefer those, but that’s another myth…not everyone with OCD cares that odd numbers are better and softer or that prime numbers are the best.