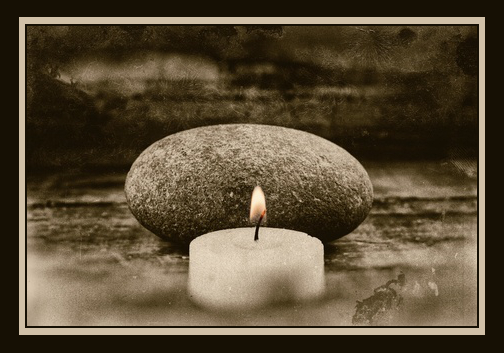 This is not a debate post. If you’d like to debate organized religion, please find another forum because I will not approve any comments debating, condemning, or preaching religion. This is simply me saying, “This is my experience in an organized religion as a person with OCD–some of it may be common in others with OCD–some of it may not.” Please respect that I’m the authority on me…unless someone better comes along.

Since it’s relevant, let me start off by saying that I’m a member of the Church of Jesus Christ of Latter-day Saints. I’m LDS. I’m a Mormon. I have been since birth. I’ve had OCD basically since birth. Sometimes these aspects of my life have cohabited peacefully–and sometimes they haven’t. I won’t claim to be the best example of a member of my faith. In fact, for the longest time, I had “irreverent LDS” in my Twitter bio to warn off the more…spiritually uplifting accounts on there. I remember I once mentioned French-kissing and had an LDS follower wig out at the grossness–which I thought was adorable, but I respected her right to be offended by kissing and warned her she was seeing the tip of the iceberg.

If you’re not familiar with the LDS religion, it’s not for the shallow divers. If you want a religion you can dip your toes in and seek in times of crisis and on major holidays, this is not your religion. In some ways, a strict religion has always and will always appeal to my OCD tendencies. I prefer having strict guidelines to follow. I need a recognized right and wrong. I need the answer to: is this okay for me to do? And the LDS religion provides that answer…even if sometimes you have to delve deeper or seek answers spiritually. There are answers.

Also, the severity of my conscience has found a home in this religion. I feel guilty every day and an organized religion gives me context and a possible relief of that guilt. I feel like I can improve in how I treat my fellow human beings and obsess over those I’ve wronged. Religion backs that up. There are consequences to my actions…possibly not the dire ones that my OCD mind believes, but there are consequences. Religion provides an answer to my if/then questions about behavior. If I lie to someone, then I’ve sinned against them and against God. That appeals to me. I like rules.

OCD often comes with a deeper degree of spirituality regardless of your religious affiliation or lack of one. When you spend a lot of time in your head, you tend to swim in the deep end for thinking. So, while I might never know this, I might have gravitated to a religion similar to the LDS one regardless of being born in it. In fact, I went through a time of self-discovery and questioning in my late teens and kept taking tests on what religions appealed to me…and I was told: LDS, Methodist, or the Quaker faith. I was and am right where I belong…sort of…

This is not a rah-rah religion post, though…veer off if that’s what you’re here for.

The LDS religion has some very strict moral guidelines on chastity and cleanliness before and after marriage. When you attend church, this is not a lightly-addressed subject. There are also strictures on many other ways of living, being, thinking, behaving… There is also a clear path of repentance and forgiveness–and I’ve never been approached with anything other than kindness in regards to this. But, there are commandments, morals, and a higher law to follow.

If you read my previous posts you know that those with OCD are often plagued with dark religious and sexual thoughts. When I was a teenager, I never felt clean. Ever. I felt filthy every day. Even while studying the scriptures, I felt plagued with unwanted thoughts and urges that I felt were base and depraved. (Back then, I was hiding my OCD from everyone and completely unmedicated.) When I was in church, I’d get flashes of obscene sacrilegious and sexual thoughts that I tried to shut out, but they seemed to attack from out of the blue. Add to that, I struggled to concentrate because my head was so crowded. (I still struggle with this.) I never felt clean or like I belonged in a pew there in the chapel.

So, began years and years of penance cutting. The LDS religion doesn’t have anything like a confessional or an outward physical or monetary way to do penance for sins beyond certain steps of repentance. I created my own penance with a needle or a knife. And it helped…I hate that it helped. But also it didn’t. On the one hand, I felt like I was paying for my sins (as I saw them.) On the other, I felt like cutting was a sin. I was in an ugly cycle for many, many years. Eventually, I met my husband and he asked me not to cut because he loved me…and I did. (OCD and Cutting.)

There is no happily-ever-after with me and religion. There’s what we call in the romance community a HFN or a “happy-for-now.” Today, I believe with my whole heart that I’m in the right religion. I believe and have a testimony of that. I’m raising my kids in this religion (though due to my own history I’m giving them many choices.) I still don’t feel clean. It still feels wrong (even medicated) to be in the building among others who, to my mind, seem clean. I still feel dark inside. The chapel is particularly difficult for me to go in–though that’s partly because it’s crowded and it hits my agoraphobia with a screeching panic. I take it a day at a time.

Many church members are aware of my issues. I once gave a talk at the pulpit discussing OCD in fact. People around me reach out to me. They may not completely understand but they try with a kindness that helps me believe in God’s love. Today alone, I was approached twice by people worried about me and asking if they could help or accommodate me. There are some genuinely good people out there in organized religion who are living their faith–including loving those who feel unworthy of it.

Like most aspects of OCD, I can recognize that my perception of my own unworthiness is incorrect. Even numbers are not sharp. Stained clothing is not vile. Snot will not contaminate me beyond redemption. (Okay, I’m less sure on that last one.) I am not dark. My soul is not diseased. I am not evil. God loves me. I believe He recognizes that I’m trying even if I feel like I’m stacking failures. I know I hold myself to an unrealistic standard. I can’t be perfect. It’s not right to punish myself mentally or physically for that. And yet… *shrugs*

I have no answers. This is the strange dichotomy inside me. I’m sincerely religious because of my OCD’s drive for a deeper spirituality and recognition of right and wrong and I genuinely believe my religion’s precepts, but I feel dark to degree that I don’t feel like I belong in a house of God. These two aspects of me are at war every day and particularly on Sundays.

Anyway, I hope this was a beneficial post for some of you–a glimpse into the mind of someone in an organized religion who has a disorganized mind. Please comment below.