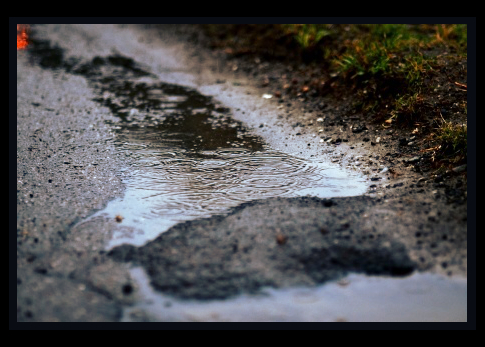 She opened the car door. “Where are you going?”

“Wherever you want to go.”

She got in, telling me her direction.

“Your car is really warm,” she said.

“I won’t. That’s why I was worried about you. That’s why I picked you up. It’s too cold for you to be outside–and it’s not safe.” I tried to rein in my paranoia. It’s intense at times and even irrational. But I still was glad that I’d picked her up and it wasn’t always irrational.

She nodded. “If you do get in their truck, and they bother you…if you repeat The Miranda Rights over and over again, they’ll think you’re crazy and leave you alone.”

“I’ve done something like that before,” I admitted. And, I had. It’d worked as a defense mechanism. If they think you’re crazy, they’ll leave you alone. As I sat beside her, I felt that connection. Some part of me said that we were…the same. I got her. I understood. Maybe not in everything, but this I got. That desperation that led you to fake something that existed within you. I was mentally ill, but I’d faked crazy.

“Do you know the Miranda Rights? They say them a lot in,” and she mentioned an old cop show.

“I don’t watch that one, but I love cop shows. I watch a lot of them.” I’d been watching a lot of Castle lately in fact.

“Oh, I figured you’d recognize it. You look the same age as me.”

I would have guessed I was younger, but people age differently so I wasn’t sure. I looked at her again. Maybe. It was hard to say. If life was difficult, it might make you age faster. Aging was a strange abstract for something that should be a constant. We might be the same age. It seemed like her life might be difficult, but I was on the outside looking in. In that way, we were different. My life had been difficult lately, but not in the same way.

“Can I have the pennies in your car? I collect pennies,” she said. “Wow, your car is so clean.”

I laughed at that. It was nice that someone thought my car was clean. I opened up my change holder. “Sure, take them, I hate change actually.” Change was dirty and my OCD was repulsed by that…and by the noise it made in my pockets. Also, there was the possibility that it might spill from my pockets and embarrass me. I hate change.

“Yes.” It was weird, but we’re all weird. “Take everything other than the quarters. I use the quarters for vacuuming the car at car washes.” It was good to be prepared. I liked being prepared.

She pulled out the emergency five dollar bills and other bills that I keep in there and handed them to me and then meticulously took out everything besides the quarters. I gave her all my singles when I handed her the cash to put back in. I don’t like singles any more than I like change for some reason. It was irrational, but we all have our quirks.

We made quiet conversation as I took her across the city to where she was headed. It was easy. We bounced from subject to subject and it was easy. Much easier than any of the other conversations I’ve had recently. She wanted nothing of me. She had no expectations. I wasn’t disappointing her. I didn’t have to entertain her. It was so easy. We were just two people. Our sentences didn’t even match at times, and that was okay too. It was okay. Do you know how long it’s been since it’s been okay to not match? Where there’s been no pressure to say the right thing? There was no right thing in this conversation. It felt like a time outside of time in that. Almost surreal.

As we drove into the parking lot, she said, “It’s going to snow. You should stock up on tuna fish and spam. I once bought spam and had it with me when I got stuck on a bus when the road flooded. I made spam sandwiches for everyone.”

“Really?” I asked, smiling. “That’s awesome. My son likes tuna fish so we have a lot of it.”

“You should get more. It’s going to snow.”

“When?” I asked again, looking up at the sky.

“Soon. Check the almanac. They say those things in the almanac.” Thanking me, she got out of the car.

I drove home in the silent car. I’d gone in the exact opposite direction from where I was heading so I had a while to sit in the car alone. It was strange how quiet and empty it felt. I went inside my house and sat down in front of my laptop.

My husband walked by.

“I picked up a hitchhiker,” I said.

“Oh, what was their name?” he asked, assuming it was someone I knew that had had car trouble.

He stared at me. “Wait. You picked up a real hitchhiker?”

“It’s that woman who lives in the second house down on,” and I named a road, “and often goes out to hitchhike.”

I’m working on writing the third book in my young adult series with a teenage cutter with OCD. Piper and I are different, but this is still the story and the heroine I wish my mentally-ill teenage self had found. There are paranormal aspects to the story, but I still find myself connecting to the heroine in ways that leave me uncomfortable. It’s too close. For fiction, it’s very close to my reality. Aside from the gargoyles. I don’t know any gargoyles. But, on an emotional level, we’re not so different. It’s made me realize that in the spectrum of humanity–our separation is not as vast as it seems. We connect. Lately, when I’ve looked at others, I’ve thought, “Are we the same? We feel the same, but different.” That’s how we are on this planet. The same. Very much the same. And our differences should be celebrated and help us connect because in that feeling of “I’m different from everyone else” we are all the same.

**This is not meant as a suggestion to pick up hitchhikers by the way. Be responsible and safe.