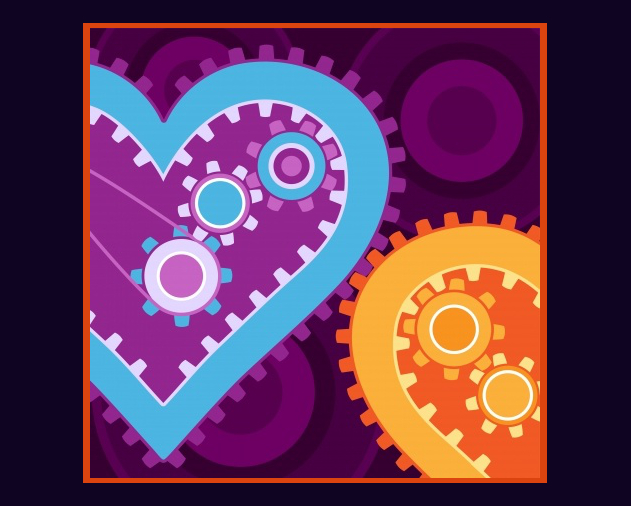 Often when you’re dealing with romance editors/publishers as a writer, one of the things you need to figure out is what makes one character the RIGHT person for the other? What does your heroine have that your hero needs in his life to be happy and vice versa? There’s a whole trope out there for “opposites attract” and many readers like to read stories where this plays out.

Last night, I was discussing a school project with my daughter about the EU’s “Right to be Forgotten.” My husband was in the room and chimed in with all of the cons to match my pros and it reminded me that “on paper”–we seem to be opposites. For example:

Wendy: Democrat typically. (We usually cancel out each other’s votes on individuals but not always on initiatives.)

J: Conservative–for the most part.

W: Liberal–for the most part.

J: Against Government spying on its citizens, big on the right to privacy–especially from a technological standpoint.

W: Welcomes our robot overlords and waves at Big Brother.

W: OCD, Agoraphobia, and PTSD. Prefers the sound off on the TV and closed-captioning on.

W: Will eat anything besides snails. Bring it on.

J: Gets stir crazy within hours of forced seclusion.

W: Could stay inside for weeks living via Amazon Prime.

W: Extreme technophobe. Dragged kicking and screaming into each new advancement–usually by the husband.

J: Morning person, needs 7 or 8 hours of sleep…at least. Can fall asleep at will. (I hate this about him.)

W: Night owl, needs at least 3 hours of sleep–averages 5. Stares at ceiling for hours on end.

W: EXTREME pacifist, didn’t want even toy weapons in our house–not so fond of Nerf guns.

J: Only follows people on social media he knows IRL.

W: Seriously weirded-out by interacting with people on social media that I know IRL.

J: He’s, on some level, going to be uncomfortable that I posted this.

If we were paintings, I’d be either impressionist or abstract (melting clocks), and he’d be either pointillism or maybe a computer-generated graphic. So, we seem to be complete opposites. If we were trope characters, you’d refer to us as that…and that’d be untrue and flat.

Instead of opposites, I’d call us…symphonic. He’s the drum beat that matches my saxophone. We mesh like two spur gears–his teeth fit into my reliefs. (That sounds a bit kinky, doesn’t it?) Opposite implies that we’re on ends of the spectrum that’ll never match or meet. When the reality is that he provides context for me to exist and be happy. He’s a safety net for me to believe what I want but still have a grounding influence in my life. It probably helps that I have a slight fluidity/flux in my beliefs and a willingness to be wrong, and that he knows when to let it be and loves me for me. I think he also finds my contradicting beliefs amusing–like the fact that I’m an extreme pacifist who reads and writes suspense books. (I have to watch YouTube tutorials on guns all the time.)

We also went into our relationship with some strong compatibilities like religion, belief in a certain familial unit that included children, and the expectation that he would be the primary provider. Also, we were attracted to one another and in love. We share similar, if not the same, taste in music, movies, and laugh at the same jokes. He can order off the menu for me and he can send me the meme that’ll make me spit-take.

I think sometimes in the so-called “opposites attract” books, you reach the end and you’re dissatisfied as a reader because you recognize that the couple hasn’t really proven to be compatible. Subconsciously, you’re thinking, “That’ll never last. They don’t match. They don’t fit together.” We’ve probably all known couples where there’s a spark–their differences are exciting…right up until they can’t find a deeper connection where they actually “work.” It doesn’t last and the same things that brought them together, drive them apart.

As parents, I think a partnership like ours works really well because we provide a balanced viewpoint on the world. He steps in when I go off the rails and makes sure that the kids see enough of my liberal creative outlook without them getting a heavy dose of my neuroses and anxiety with it. I provide the emotional context for his factual standpoints.

Going back to last night, I can see what he’s saying on the topic we were discussing. He’s not wrong. And I think that’s crucial to a copacetic relationship that relies on a harmony of different personalities. After a conversation, I rarely think, “He’s wrong.” He’s different. His outlook is rational, studied, and grounded. And his differences…our differences…are the primary reason we work and have lasted for closing in on two decades. I need him and he needs me. At the heart of any love story, in real life or in fiction, that’s crucial.

So, what about you? Are you and your significant other similar or different? Have you read any really good books where the characters mesh perfectly?