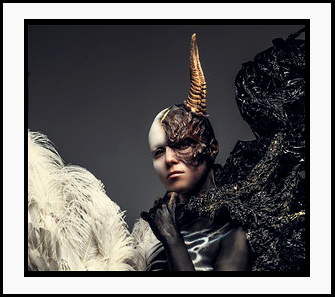 So, I’m coming off a three week intensive writing and revising cycle. The idea for a story came to me three weeks ago and it was insane–it was impossibly difficult. I thought, “No way can I make that work. No way can I write that. I’m not organized enough. I don’t map scenes. I need to forget it.” So, I tried to forget it. And I couldn’t sleep. I laid awake for hours. The next day, I pitched the idea to my husband…and he said it sounded interesting.

Okay, fine, so I’d write a chapter and find out how impossible it was, and I’d quit. This is the lie my muse tells me–every time. One chapter. So, I write that chapter…like a complete sucker. Then, I can’t sleep because I think of another. And I begin to buy into the lie because chapter follows chapter and magic happens. I keep promising I’ll quit when I recognize it’s impossible, and it never becomes impossible. It builds. It flows. The lie becomes truth…or a lie that I’ve accepted as truth. After 20K words, I’m invested, and I can’t walk away.

Writers develop stories in all different ways. Mine build through evolving dialogue. It’s like I’m watching a film. The dialogue fills in, one chapter at a time. Chapter upon chapter of dialogue. I write around the dialogue, but it’s all about that. I fill in action and description and plot, but the dialogue is key. When a scene starts rolling in my head, I have the choice of writing it or ignoring it. If I ignore it, it won’t always go away, but I’ll probably forget portions of it when I finally give up and start typing. And forgetting dialogue imbues it with fantastic properties. The forgotten dialogue becomes the unicorn of all dialogue…and I’ve lost it. So, I get up, and I type. And I type.

Hour upon hour of writing happens. Ten and twelve hours of typing at a time. I have days where I’ve typed anywhere from 6 to 12K in words. (This latest manuscript finished out at 68K. First Harry Potter was 77K words–for the nonwriters to compare.) I type as fast as I can. I research while I’m typing. When I’m away from my laptop, I have this psychotic fear that I’ll think of dialogue and forget it forever, so my laptop goes everywhere I go. I write while waiting on my kids. I write while I’m getting allergy shots. My laptop is on my lap while I’m getting ready for physical therapy. I don’t sleep. I eat while in front of my laptop. I drag my laptop into my room when the family wants to watch TV. I eat, breathe, sleep a manuscript.

When I finish the zero draft (the roughest of rough drafts), I turn around and work it up to a first draft. Then, I push it to a second draft. I go through it again and again, teasing out the right wording and looking for inconsistencies in character and plot. And, three weeks later, I take a breath. Usually, I’ll shelve it, and later come back to it and go through the revision process again when I have more perspective.

In Celtic folklore, there is a sort of fairy muse called the leannán sídhe. She’s a beautiful woman who has somewhat vampiric qualities in her method of inspiration. She’s a muse…whose artist-lovers go mad because she takes everything in return for their art. They can’t live without her and the inspiration she gives. They waste away and die young because their work is everything. Their muse is everything. I think this is the sort of muse I have. Writing becomes all-consuming. It takes everything. I give everything. Today, I’m on the other side of those mad days and here is the most obvious clue I have a leannán sídhe: I don’t want to leave the world. I get this post-manuscript depression where I just don’t want to walk out of there. I can’t leave.

So, here I am, and I don’t know what to do next. I don’t know how to live in this world–the world outside of the manuscript. It’s dull and there’s laundry and stress and dishes and tedium. There’s bills to pay and emails to write. I hate it. The magic is fading. My character friends are going back to their off-page lives.

Plus, now I’m sending this manuscript to other people. It’s no longer mine alone. What if they hate it? What if they like it but they want to change it completely? What if? You might hate it. And I know it’s all subjective, but I’ve crafted this from some part of me and I’d rather you not see it than hate it. I don’t want you to hate it and thereby hate me…even in some small way.

Then, there’s the business side to writing where I have to separate myself from the work and accept it’s flawed and imperfect. It might not be marketable. It might have unintentionally offensive parts…or nonsensical bits…or anything. My beautiful work might not be beautiful. I have to take a chance though because it feels wrong to hug the manuscript to my chest and not share it. It’s like denying it breath, denying it life. I didn’t write it just to see it die, never see the light. But still, it’s so hard. Manuscripts are like Schrödinger’s cat–until someone else reads them, they’re both brilliant and terrible, and you almost don’t want to know which it is. You want to leave the box closed for another day. Until you’re tempted to find out if they’re brilliant. It’s too tempting.

But where does it leave me? Right now? I’ve given everything and now what? Now what? I’m asking because I just don’t know. I’ll pull out of this in a day or two, but, in the meantime… *sighs*