If you’ve been waiting for the soulful and deep romance in the series, this is it. This is the one that’ll rip your heart out and then shove it back in when it’s all over. (Did anyone else think Indiana Jones and the Temple of Doom there? Just me? Okay.) This is the last in the series at this point and it comes out November 15th. 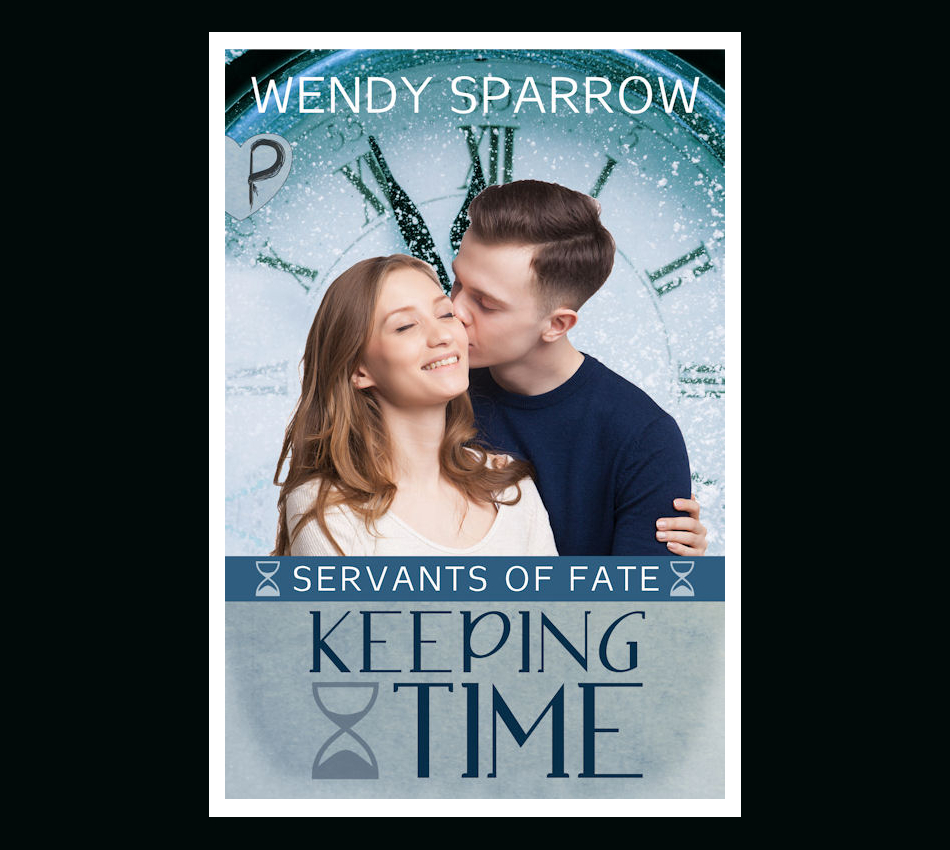 When Ruin’s mortal sacrifice to the Fates on New Year’s Eve is already dying, it should be the easiest life he has to take, but not this year. The dying man knows Ruin is there to kill him, but he asks Father Time’s son to look after his twin sister. Ruin can’t stay away from the sweet and sensual Phoebe. His previous interactions with women changed the definition of his name, Ruin, so he can’t fall for her, especially when the lovely mortal doesn’t know he killed her brother.

Phoebe’s brother promised to send her a guardian angel, but Ruin seems too devilish to be holy. He only wants to be friends and keep watch over her, but she can’t resist him. Loving Ruin is a sin tempting her heart. How wrong is it to cause an angel’s fall? Ruin and Phoebe’s time is running out as another New Year’s Eve sacrifice approaches, and Ruin might lose everything for keeping his true hand in fate secret.

Phoebe narrowed her eyes and ate another fry. “I swear—finding out your secrets is going to take ripping out your fingernails one-by-one.”

“I won’t allow you to do that.” If she even could…it was still disgusting. He had to draw the line somewhere.

“I was being metaphorical.”

“Oh.” He looked down at his food. It looked far less appetizing.

“I know. It was the wrong time for that metaphor. Try the hamburger. I swear, you’ll want to kiss me afterwards.” Her cheeks flamed pink and she shook her head. “That was just a thing you say…not like a…prediction.”

It definitely wasn’t a prediction. He wanted to kiss her all the time. It was more like a state of being. He wouldn’t kiss her, though. Again.

Keeping Time will be out on November 15th! But, if you preorder, (*shiny hopeful eyes*) you’ll get it for a discounted rate. Also, there’s a Goodreads giveaway that you can get into to see if you can snag an actual, physical copy early.