Some of you might have read Stealing Time. It was released individually with a different publisher a few years ago and then it was in the anthology “The Naughty List.” It’s being rereleased on its own and with two sequels. Yay! Super yay! Super duper yay! The cover is extremely perfect. 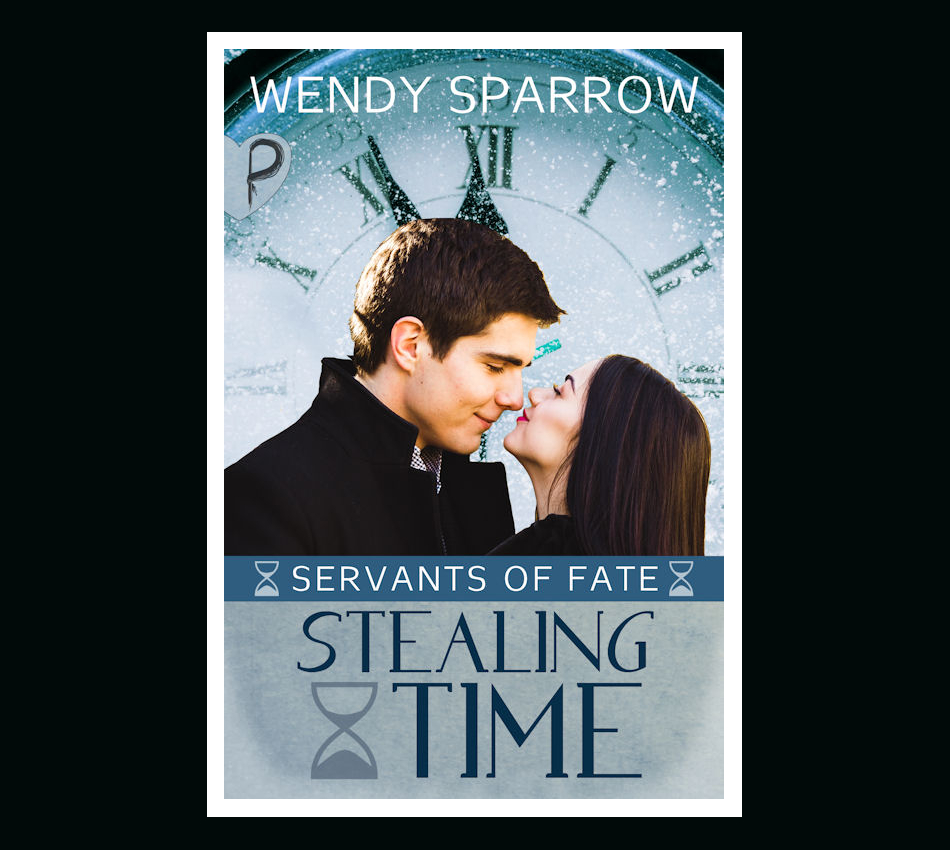 Father Time’s son, Zeit Geist, must sacrifice a mortal’s lifetime to the Fates each New Year’s Eve. Last year—inexplicably, really—he made an 11:59 substitution. The Fates are pissed and they’re after his mortal Hannah. With the year ending, he ought to figure out why he’d saved her—and why he keeps doing it.

Following an unlucky year, Hannah Lyons needs a week’s holiday in a lodge to unwind. What she gets is near-death experiences and a sexy immortal who can’t avoid kissing her, but might have to kill her. After all, even Zeit can’t hold back time indefinitely.

“What are you doing to me?”

“What do you think I’m doing?”

She glared at him. Saying it out loud would sound utterly stupid. “I keep having these lapses of time. One minute, I’m in one place and, the next, I’m in another. And four times now, I’ve seen you walking away from me when it’s happened.”

“So, you’re accusing me of doing something to your memory? Or of stalking you?” He took another sip of his drink as if he was only mildly interested in her response.

She opened her mouth to say something before snapping it closed. What was she accusing him of? It all sounded silly and impossible, and he’d be around this whole week. Every time they saw each other, she’d feel humiliated that she’d actually thought…

Oh, who cared? She was going to get brain cancer from all this testing if she couldn’t get to the bottom of things.

“You’re doing something to time. I don’t know what you’re doing, but I don’t think your name is just an odd little coincidence.”

For a blink, she saw something in his eyes and a quick half-smile. “It’s a family name.”

“So, your entire family manipulates time?”

Stealing Time will be out on November 1st! But, if you preorder, (*shiny hopeful eyes*) you’ll get it for a discounted rate. Also, there’s a Goodreads giveaway that you can get into to see if you can snag an actual, physical copy early.