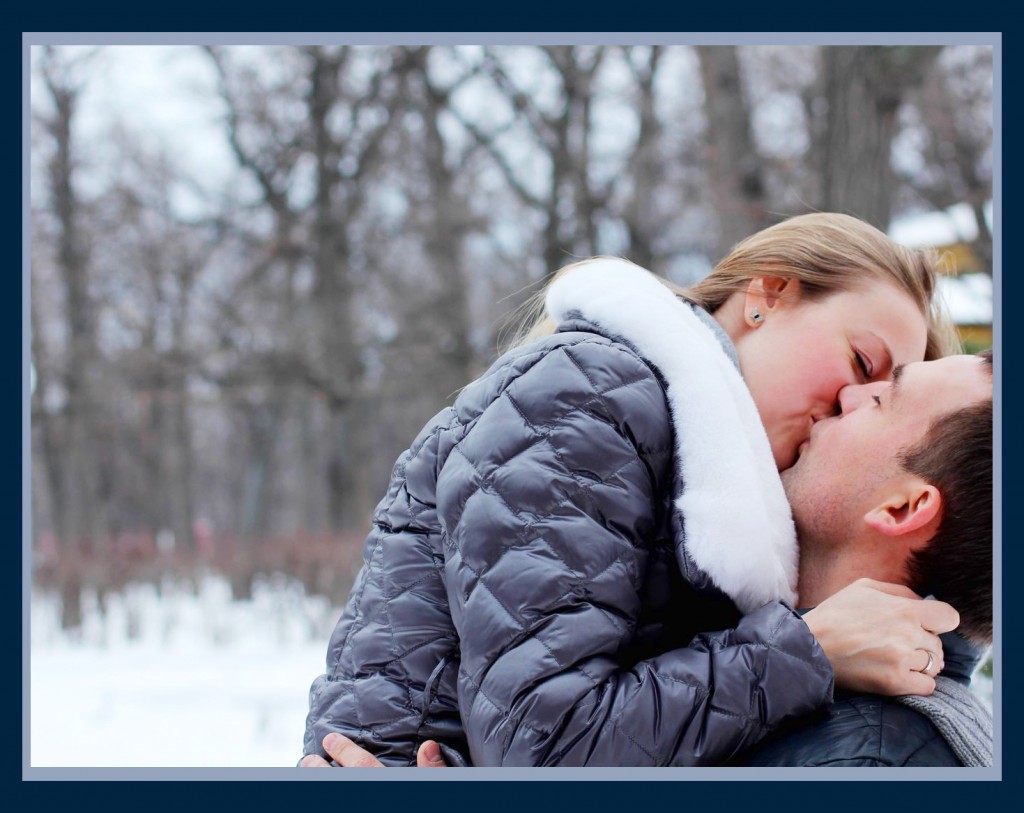 Ruin hated the years he ended up in the hospital on New Year’s Eve. It should be easier to take the life of someone who was already dying, but being surrounded by others just waiting their turn seemed like a cruel trick the Fates played on him. It reiterated that Ruin wasn’t a benevolent helper every day of the year. He was here. Reaping death among the sick and dying. Someone here wouldn’t see the new year.

Normally, Ruin arrived early and got the lay of the land, but he didn’t need to on the years where his destination was the hospital. In fact, the less time he spent in the place, the less suspicion he’d arouse. He didn’t even wear his usual dark attire with his black trench coat. It tended to freak out other patients—as if it suggested he was the grim reaper, coming for them. No. Not for them. Just for Phillip Daniels. Age twenty-seven. Harrington Hospital. Room 318.

As he approached the room at three minutes before midnight, he heard a female voice ask, “Now, Phillip? You want ice chips now? It’s almost the New Year!”

A weaker male voice asked, “And you won’t grant a dying man’s last request?” Strangely enough, there was a hint of laughter in his voice.

“Oh, Phillip,” she said with a sigh as she walked toward the door.

Ruin ducked against the wall just outside the door and she walked right by him, focused on her task.

“I got rid of her so you could come in,” a voice called from inside the room.

Ruin inched closer to the door. He was almost out of time, but there must be another person coming. He waited a whole fifteen seconds. When no one said anything, he looked into the room to find an emaciated Phillip Daniels staring right at him.

Ruin swallowed and entered the room. “I think you’re mistaking me for someone else.”

This mortal was aware one of Father Time’s sons was coming to take his life? That had… never happened before. “What did you want to talk to me about?” From up close, Phillip looked even worse—pale and gaunt.

“My sister, Phoebe… the one who just left?”

He sighed. “She hasn’t got anyone. She’s my twin and we’ve always had each other and that’s been enough. She’ll be alone. Our parents are gone. I’ll be gone. I’m okay with you taking me… providing you look after my sister.”

Ruin exhaled. “I really don’t think you know who I am.” It was true that he granted time now and again to mortals who deserved it. It was even true that was why he was taking Phillip tonight to trade to the Fates. Possibly no one was more deserving than his orphan sister of extra time and a changed fate… but that was up to the Fates too.

Phillip did know who he was. “How did you know that?”

“Your father came to me in a dream a few nights back. He explained you’d come to take me tonight around this time and that, finally, I wouldn’t be in pain anymore. I’ve told Phoebe that when I pass, I’ll leave a guardian angel to watch over her—so she’s expecting you.” He squinted. “Well, expecting might be too strong a word. If you tell her I’ve asked you to look after her, she might get the right idea.”

“I couldn’t do that.” Why did he feel like his father had set him up? This was… most unusual.

Phillip inhaled and shook his head. “I guess you’ve left me no choice but to scream for help and make your job infinitely harder.”

“What? No.” He looked around. He was in his last minute prior to midnight. The seconds were ticking down. A minute before and up to a minute after. He had to make a choice. In the distance, he heard footsteps. Phoebe was coming back. “Okay. Fine. I’ll watch out for your sister.”

“From up close? You’ll be her friend? Help her get through the funeral and everything?”

He licked his lips. He’d never had that much to do with mortals prior to this. Earlier experiences with mortals had given his name, Ruin, its current negative connotation. Maybe times had changed. Maybe he should be spending more time with mortals and his father had used this as a way of ensuring that. “Okay.”

Phillip nodded. “Okay. Do it before she comes back.”

Snapping his fingers to stop time, he leaned over Phillip and pressed a hand to his chest, pulling his life force from him. There. It was done. He stepped back and snapped his fingers. Then, he sat down just as Phoebe Daniels walked back into the room.

Phoebe Daniels looked more like an angel than he ever would.

As she walked in, a long beep sounded just as cathedral bells rang in the distance and all she could do was stare at the outrageously hot guy sitting in her brother’s hospital room. He must have come in just as she left.

Then, she looked over at her brother and realized why hospital staff had gathered behind her… and what that noise was.

“Oh, Phillip,” she whispered. It would be just like him to pass when she wasn’t around to force him to cling to life. Her eyes pooled with tears. It was amazing she had any left to shed at this point.

The doctor passed by her and went to her brother’s bedside. Phillip had insisted it was time. He’d said tonight even, and hadn’t wanted anything to be done about it. The doctor looked up at her and shook his head.

Minutes went by as people moved around her, giving her room, saying their condolences. It wasn’t until they’d been left alone that she thought of the stranger in the room.

“I’m sorry,” she said, walking toward him with her hand outstretched. “I hope you made it in time to, um, see him, talk to him, I mean.” She sniffed back tears as he shook her hand.

“Yes.” He cleared his throat. “Your brother said that I was to tell you he’d asked me to… uhh… look after you.”

She frowned. That was weird. Her brother had said he was sending a guardian angel, but he wasn’t serious. Maybe Phillip had meant it metaphorically. “My brother hasn’t been entirely… lucid the last few weeks. I’m not sure that he’s mentioned you.” She dropped her hand. “I’m Phoebe. Phillip is,” she cleared her throat, “was my twin brother.”

“My name is Ruin. Ruin…” He stopped and laughed once while shaking his head. “Angelus.”

He raised his eyebrows.

“Never mind.” So, maybe her brother had sent a guy he viewed as a guardian angel after all. It didn’t mean that the man was an actual angel. He just had a last name that meant “angel” in some languages. No big deal.

Except that her brother had said he’d send him.

Plus he’d appeared out of nowhere in the minutes she’d been gone—just prior to her brother’s passing.

“Whatever you’re thinking… I’m just here to help you,” Ruin said, stepping back and holding his hands up.

“Anything you need,” he said.

She nodded. This was a lot to process. She sat down in the chair that Ruin had vacated. “I think I’d like to be alone for a bit.”

He walked over and bent down, making eye contact. “I’ll see you tomorrow, Phoebe. I swear you won’t have to handle this alone. I promised your brother.”

Tears sprang to her eyes again and she whispered, “Thank you.” A blink later, he was gone. Wait, had he walked out the door that fast? Or had he just disappeared? She looked at her brother… who had a very satisfied smile on his face. He’d sent her a guardian angel. “You always were the smart twin.”

Okay, time to be real. I worried about this book. A lot. Why? Because it’s soulful and it reaches into your heart and grabs it. You’ve read some of my other stuff possibly so you know…I have my moments but my stories tend to be funny. This one has funny parts, but it’s not the lighthearted goofiness of Taking Time. So, when the first review came in of Keeping Time, I nearly started crying from relief. I really worried readers were going to be all, “Hmm, nice try, but we expect to laugh when we read your work. This hero is deep and troubled. Where’s his cleverly sarcastic amusement? FAIL!” And then I figured you’d all show up on my doorstep and form a line to shake me. Hey! I write fiction–novelists aren’t known for their grasp on reality.

So, why did I write it if I don’t write serious? Ruin has been in my heart since Zeit walked out of it. My mind started creating fictional possibilities for the world with “sure, maybe that, but what if…” and there was Ruin and maybe he was always there. With loss has always come guilt and regret with me. It’s in my nature to examine missed opportunities. It’s an aspect of OCD that contributes to my frequent insomnia. So, a character living with regrets, defining themselves by their part in tragedies…that speaks to me.

If you’re looking to laugh, maybe save this book for another day and snatch up Stealing Time and Taking Time in your hot little hands. If you’re looking for love that lives and breathes and finds its way amid obstacles, crack open this one. I guarantee you’ll want to hug Ruin and say, “Dude, I feel you…but you’re lovable.” He’s sweet and he’s serious and you want him to get his happily-ever-after, even if he’s determined that he doesn’t deserve it. Ruin is the guy that you knew in high school who picked up your books quietly when you dropped them and would sit by you if he saw you sitting alone…but didn’t dare ask you out.

Keeping Time can be read as a standalone, but it’ll feel like an epilogue in some ways for Stealing Time and it takes place at the same time as Taking Time…in fact, the couples end up at the lodge at the same time. The order of Keeping Time and Taking Time isn’t important. You could flip this one and read it second. All of these books are novellas…which means you could read them on a wintry afternoon while you’re waiting for holiday baking to be done. You could pick it up at bedtime and not be cursing me at 5 a.m. Can you tell why I might love novellas?

Here are the links for Keeping Time and if you pre-order, it’s cheaper. Also, if you pre-order, I’m in less of a panic on release day and it’ll help establish it in searches on sites like Amazon. Pre-orders, like reviews, are one of those nice ways you can say to authors, “I’ve got your back, Jack.”