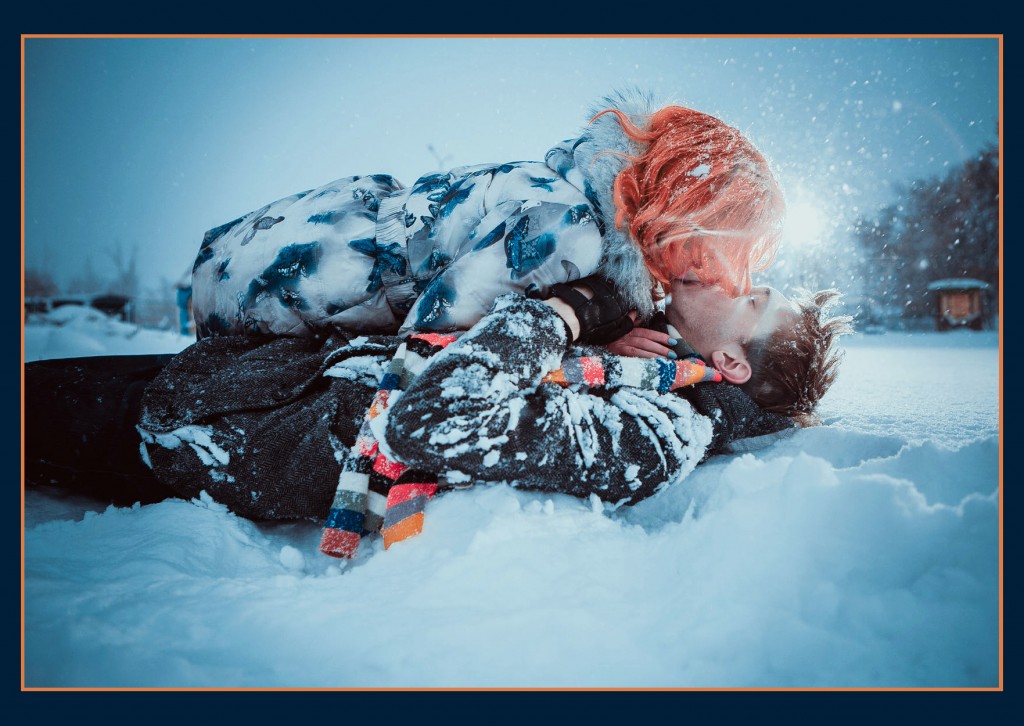 “Bored. Bored. Bored.” And he had no confidence whatsoever that tonight would alleviate his condition. Tempus glanced around him at the mortals getting drunker and less interesting by the second. Why squander minutes, let alone hours, in this condition when both were numbered? Especially if you were Joseph Toulouse, age fifty-nine, in the ballroom of this quaint little lodge.

“Tempus. In the ballroom. With the lead pipe,” he muttered, pulling the lemon wedge from his drink and sucking it. The bitter sweetness appealed to him for some reason. It always had.

At least the divorcee who’d been following him the last hour had found another target. He hated to lead on a mortal. Tempus had dallied with many who knew the score—an hour or two of fun, then he was gone and, hopefully, they never saw him again.

Having family around might have made this night endurable if it hadn’t been Zeit at this lodge, and this hadn’t been the site of his brother’s fall from grace. Hell, this place should give Zeit the creeps. He’d fallen prey to the womanly wiles of a mortal in this ballroom a year ago. On this very night. He’d given up his immortality, and now he was playing house with her. What a waste of immortality, but at least he seemed happy. They’d drifted off to their room an hour ago, probably for a more private celebration of the New Year.

Not that his sister-in-law was a bad person. He’d met her briefly, and Hannah was halfway decent for a mortal. She had a certain sort of wholesome appeal.

Three minutes and Tempus could do what he’d come to do and then get out of here. The roads were clear enough that he could make it to a major city within a few hours in the Porsche he’d driven here, rather than hopping through planes of existence. He wouldn’t be heading toward Boise—which was where Zeit lived these days. Seriously. Boise. Maybe that was a punishment the Fate sisters had devised and Zeit only thought he’d chosen this life. That had to be it.

The crowd grew more boisterous. Beside him, a drunk woman tried to start the countdown early, but her equally sloshed husband yelled, “Not yet!” Two minutes and Tempus had his quarry in sight. Joseph Toulouse had two minutes left to live. Two minutes left to make the most of his time. He was currently tapping his watch face and complaining that it wasn’t keeping time correctly. “It says we still have five minutes left,” he said to the elderly woman beside him who was speaking in low frustrated tones with a teenager. Mrs. Toulouse’s mouth moved, saying to the teenage female, “No, you can’t. I’m sorry you’re bored.”

“You and me both, kid.” Her life was about to get more exciting though. It was a shame he had to take Joseph’s life here in front of family. This lodge might start getting a reputation as the place to come if you wanted to have a heart attack on New Year’s Eve. It’d put a damper on the festivities at the very least.

“Excuse me,” a voice said as someone tapped him on the shoulder. Mortals seemed to give him a wide berth, possibly on account of the long black trench coat he wore on work days. Women were less repelled, and occasionally a woman, like the divorcee earlier, was drawn to the aura of danger he projected. Since this was a woman, he didn’t take a chance and replied flatly, “One minute, five seconds.” It was a drumbeat in his head. The thud of seconds. Thud. Thud. Thud. That and Joseph Toulouse and his location over and over.

And then a woman stepped in front of him. Directly in front of him. He caught a glimpse of glossy red lips and high cheekbones covered in freckles before the red-haired beauty threw her arms around his neck and aligned his mouth with hers.

He’d kissed and been kissed before. He was immortal. He’d lost count of the intimate encounters he’d had since time began. This one would count. He’d remember this kiss for eternity.

He should stop her.

He should tell her it wasn’t time yet and he wasn’t the mortal she wanted.

Tempus didn’t do either.

She was shorter than him so she’d had to drag him down to her level of about five-nine, but from the moment her tongue slid into his mouth, he’d grabbed her hips and pulled her off her feet so she couldn’t get away. The pounding of his pulse was louder than the pounding of the seconds dropping. Vaguely, amid the fireworks in his brain from the kiss, the crowd’s chanting of the countdown broke through.

He pulled back. “I need to go do something.”

“Take me instead,” the woman murmured, kissing along his jawbone, not loosening up her arms.

Then, midstream, the chant in his head shifted from Joseph Toulouse to Lacey Carpenter, age twenty-nine, still in the ballroom, still in the lodge.

“What?” That had never happened. Were the Fates trying to keep him on his toes by switching at the last second? Lacey Carpenter? What about Joseph Toulouse?

“I said, take me,” his auburn-haired temptress said. Her voice was clear and firm. So, she wasn’t drunk. That was good. Later when he did take her—he wanted no regrets between them.

“I need to…” He tried to pull away, but then she was kissing his neck and her fingernails were digging in, like she intended to never let him get loose—nor did he want to get loose.

But he had to find Lacey. Not Joseph. Lacey now. His target never shifted like this. What game were the Fates playing?

That was a mortal woman’s name, right?

Lacey Carpenter. The ballroom. The thud of his pulse. The thud of seconds. The sinful touch of this female’s tongue against his skin. The heat of her breath. The silk of her black dress against his palms as it rubbed against her skin. Inhale. Exhale. His breath felt raspy in his throat. He dipped his chin, catching her mouth again.

Her mouth was tart and tangy sweet, matching the subtle scent of peaches on her skin. She grabbed his lower lip between her teeth.

“Ten… nine… eight… seven…” the crowd began chanting around him.

Oh hell, he tightened his grip on this woman who’d become irresistible at the worst time and pulled her off him, setting her aside—forcibly. She grabbed both his hands in hers, preventing him from freezing time.

“I’m not letting you do it,” the woman said, her brown eyes sparkling with the disco ball lights above them.

She was stopping him all right, but she had no idea what she was doing.

He tried to yank his hands from hers, but she had a death grip and he was still befuddled from that kiss… the woman kissed like she was putting her whole soul into it.

“Hell,” he said. He had seconds to stop time, find Lacey Carpenter, and he couldn’t seem to concentrate.

The ballroom erupted in “Happy New Year” and he had an armful of peach-smelling female who’d pressed her mouth to his again. Everything blurred under the sensual onslaught of her mouth. He tunneled his hands through her hair, deepening the kiss for just a second before using a tug of her hair to pull away from her. She looked up at him with lids half-closed and kiss-wet lips and he almost forgot himself.

“I’m sorry. I’ll be right back. I just need to find someone.”

“Lacey Carpenter.” He might as well tell her. Maybe she could help, and he had less than a minute to complete his task. One minute after the stroke of midnight and Lacey Carpenter’s life had to be exchanged for the fates of all those nearby. The rest of her life would be given to provide seconds and minutes of a changed fate for everyone else. Every one of Father Time’s sons had to make this exchange.

He had less than a minute to do so.

The goddess in his arms tilted her head.

Damn, she was beautiful and sexy and he was running out of time. He’d have to freeze time and quickly search all the mortals in the room for identification.

He went to snap his fingers when she murmured, “I’m Lacey.”

Tempus stared at her.

The clock struck 12:01, the seconds stopped pounding and he knew he’d just made a huge mistake.

“Well, I guess it’s too late. I’m screwed—hopefully it’ll be literally.” So, he kissed her again.

Okay, I admit…there’s a leeeetle bit more than one thousand words there. It would have been weird to end it before then, though.

Taking Time is available for pre-order and it’s cheaper than it will be when released. *significant look* Also, ordering something from your fave authors in pre-order helps so much with making it searchable and more likely to be recommended to others. FYI. It’s killing me that it’s taking a while for these books to get their scrolling “Customers Who Bought This” bar. But thus is the life of an author. If only it was all finding the right words and telling the story in your head.

All of these can stand alone. There’s inter-lapping storylines with the second and third novella, but they can still be read separately.