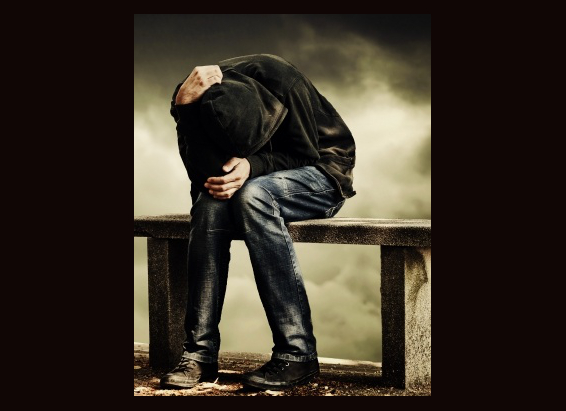 I’m an addict. I have been as long as I can remember. My addictions vary. Sometimes, it’s not too terrifying. I was addicted to Angry Birds for a while. I had a beading (like jewelry) addiction for around a year. I become hooked on certain book genres and throw money at Amazon. When I was a new mom, I started playing the Sims, and I couldn’t stop. Hours upon hours were spent playing. There have been video poker addictions…thankfully, not with real money. It was after one long poker addiction bout that we developed a rule that my husband is in charge of doling out money for gambling (on a rare, rare trip to Vegas etc.) and we never, ever gamble where we live. There have been other more destructive and less pleasant addictions and many, many more innocuous addictions which go unrecognized by those around me, but I can’t stop.

Being in the middle of an addiction is like the way up on a swing. The rush inside me is intense. I need. I need so much. I can’t stop–even when my husband rolls over in his sleep and sees me playing Angry Birds at five a.m. Addiction and obsession are close cousins so it’s no surprise probably that many people with OCD struggle with addictions. Additionally, if it’s something that’ll take the edge off our problems–wow, you have no idea how seductive that is. The intensity of OCD eats at you and scrapes you raw–getting a break from that sounds almost fair. Why shouldn’t we get breaks? Normal people don’t have a crowded mind that never shuts up. Besides, it’s not that big a deal. Then, it’s a fast slide into addiction and it often becomes a big deal as it drains time and money and emotions, if not health and well-being. It’s just so tempting. Not only is there a reprieve from our sharp, harsh reality with the addiction but, sometimes, there’s a satisfying rush of brain chemicals depending on the addiction. Then the swing goes down, and I’ve borrowed more trouble, and I’m worse off than before.

The frustrating thing is that I know…I know I’ve crossed over into an unhealthy addiction, but I can’t stop. Sometimes, if I’m lucky, I can find an end point–somewhere that I can draw on my desire for control and walk away. With Angry Birds, the minute I finished all the levels, I stopped. By that point, I kind of hated it. It was like this sickness. One more level and one more level. I’ve nearly gotten past this level–just a few more tries. It became an escape from stress–something mindless. Eventually, it was causing me stress. I missed out on things because I was playing Angry Birds. My hands were sore and stiff from playing for so long. Sometimes, my addiction goes so far that I start loathing my inability to stop, my weakness. With control being so key with OCD, losing control like that is abhorrent. Some addictions I used to relieve with cutting, but cutting then supplanted that addiction. (For post on OCD and Cutting. Trigger Warning, obvs.)

Having OCD, for me, means that addiction is everywhere. My body and brain are looking for the next thing to latch on to. Something to distract me. Something to reroute the obsessive energy to. I can’t start many things because I know…I know what’ll happen. I sometimes see the addictive patterns in my daughter who has milder OCD. She’ll start watching a series and binge-watch for hours upon hours.

To break the smaller addictions, I look for stopping points…for that moment when I can justify to myself walking away. My brain thrives on patterns of behavior so if I see a stopping point in the rhythm of anything, I can grab it with both hands and start a new pattern of absence. After so many days, the chemicals produced that my brain associated with the addiction have faded and it’s not tempting. I forget the satisfaction. I forget the escape. I can look at it from the outside and see how disturbing my lack of control was.

For the bigger addictions, it often takes either the intervention of my OCD medication or swapping it out with a different addiction…something that will equal the rush. I’ve swapped out for running back when I could. I’ve wanted to start up running again, but my doctors have consistently told me that my running days are over. If I can manage the monumental task of just quitting an addiction cold-turkey, I force myself to consider it a pattern. “It’s been two days since I…” “It’s been three days since I…” But it’s hard. It’s so hard.

Often when I look at this process of trying to get my published work out, I acknowledge the gambling aspect to it. “This could be it! This could be the book!” So, I try again and again. Some might see it as persistence, but I can recognize the compulsive nature to keeping at it.

Addiction is dark with OCD. I know there’ll be some who will throw out possible behaviors that could be construed as a “good addiction” like being addicted to prayer or singing or exercise, but, with OCD, it all turns dark. My brain crosses to zealous so fast that even religious observance takes a sinister turn. (Much of my earlier cutting was penance cutting.) I’ve exercised so far past being in pain because even pain becomes an addiction. Okay, I’ll admit, I can’t find a singing addiction twist, but I’m sure I’d manage it if I could sing worth a darn.

The one solid method I’ve found to controlling and preventing addiction is placing limits early on. If I put measurable limits on something potentially addicting than I can control its influence on me. Right now, I’m tracking my frequency of pain meds to maintain control. I get X days on and then I have to take X days off. Having specifics are as good as stopping points. It creates a pattern and I do love my patterns. I also allow myself to be proud of my control when it comes to addiction. Normally my throttling of behavior due to my control issues disgusts me, but not when it’s preventing addictions.

I’m not sure if others with OCD struggle with addictions to this degree. At any given time, I have a dozen addictions running my life. Some I could force myself to quit, but possibly not for long and I might just find new addictions. Others I’ve been struggling with for years and I hate it. I’m not sure where the line is between obsession and addiction. Maybe there isn’t much of one. But…I’m an addict, and I wish I wasn’t. Addiction, I wish I could quit you.