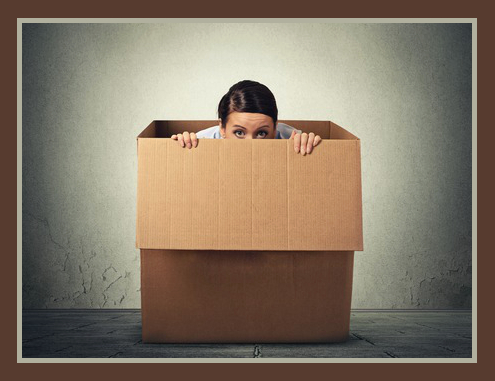 It was Halloween day…not the most convenient day to die by any means–especially not with young kids who wanted to be trick-0r-treating, but my husband came home to deal with the kids because I was sure I was dying. It was a heart attack or anaphylaxis or something related to my recent return to medicating my OCD. I couldn’t breathe. My chest was tight. It was going to get worse probably. Looking back, I don’t know how I convinced my husband I was fine to drive myself to the urgent care, but I did.

I was not the ideal patient to have hanging out in the waiting room. I kept rubbing my chest and shuddering and Golluming in a chair. They got me in a room fairly quick and told me to lie down. So, I did. As I lay there, I dissected what was happening and recognized that I’d ramped up on OCD meds too fast. The mental backlash of flooding my brain with meds combined with initial physical side effects was that I was panicking. It hadn’t helped that I was in the middle of a severe insomnia bout. My body was all, “We’re exhausted. Cue extreme panic! We’re dying!” I wanted to laugh and leave, but I waited. When the doctor finally came in, I explained what had happened. He suggested that I consider going to the local hospital to be admitted to their psych ward for evaluation and help regulating my meds. My reaction was a reflex…it ran so deep. “No. I can’t. Never.” And the panic that had receded was back in a flash.

My fear of psych wards and asylums has been with me for as long as I can remember. I know I had it as a teenager, but I don’t think anyone recognized why. Those close to me knew I’d avoid books about them. I wouldn’t watch TV shows set in those locations. My family and friends knew that was off-limits. As I’ve mentioned elsewhere, I hid my OCD until I was 28. There were the physical manifestations and symptoms of mental illness, but it wasn’t defined and I tried to hide those too. I had this fear, though, that if I ever was put in a psych ward that they’d recognize I belonged and never let me out. Asylums were the ultimate cage I was heading toward. I knew it. That was my eventual destination and my madness would eat me alive until I couldn’t leave, until I belonged. It’s a semi-irrational fear and psych wards can be extremely helpful, but it was my biggest fear and it definitely contributed to hiding my condition.

Not all my other phobias are as rational or based in my OCD. Some are comorbid to OCD like agoraphobia, germaphobia (mysophobia), or claustrophobia. (See post on comorbid conditions or agorphobia and OCD.) Then I have superstitions that straddle the line between phobias and obsessions. (See superstitions and OCD.) One of my most involuntary phobias is my fear of corpses. I was not the person you wanted to be at a funeral viewing with. I had a bad habit of fainting.

The only consistent thing about my interactions with phobias is the way I handle them. I either avoid them entirely or I challenge them with a near sadistic determination. My desire for control rears its head and I shout at my phobia, “Bring it on! I’m not afraid of you!” despite sometimes being nearly paralyzed by fear. I’ve climbed into tiny caves while my heart pounded. I’ve single-mindedly taken care of my kids while they were oozing germs. I’ve gone to crowded concerts and had the adrenaline surge from being caged send me nearly manic. At viewings, I’ve forced myself to approach the casket and look. My inner child says it’s afraid and I throw it into its horror show with a ruthless precision to tough it out. You know those fabled bullies who force the neighborhood shy kid to walk into the local haunted house? That’s my psyche. My need for control is a vise and the fact that I get a hormone rush from confronting fears just creates a learned pattern. It’s avoid or confront head-on, one extreme or the other…which is often the case with OCD.

You may be wondering if it helps. People without mental illness are advised to confront their fears oftentimes. It does sometimes help. I used to have issues with flying, but it’s receding. My germaphobia is a part of my contamination issues so it’s dampened by medication. I had “learned” phobias that I’d picked up from those around me like a fear of snakes and mice. I don’t have either of those anymore, but that’s partly because I didn’t want my kids to develop them so I suppressed them. My fear of heights has become more of a fear of falling from high altitudes. Also, my OCD paranoia that anyone can be violent and push someone off a cliff in the right scenario is stronger than medication. A lot of other phobias haven’t budged, despite how often I hurl myself at them.

I don’t have a lot of behavioral patterns or compulsions, but I do know that I’ve done some behaviors/actions to gain control over completely uncorrelated phobias. Back when I was cutting, I’d cut for control of these things too. (See OCD and Cutting–trigger warning, obviously.) Challenging phobias also leads to nervous tics and tapping and repetition, but I still challenge them. I get a somewhat sick thrill from it. I love roller coasters despite my fear of heights. I love caves despite my claustrophobia. And I love haunted houses…but not asylum-themed ones–never asylum-themed scares. It’s partly because they offend me but also some fears are and will always be too real.

To finish the urgent care story, because of my strange need to cut off all my exits and confront fears, I was referred to my regular doctor and I asked him if I should check into a psych ward. My hands were shaking, but I was determined. He said that, at that point, my level of self-awareness would ensure that I’d come out of a psych ward worse off than when I went in. There may come a day when I confront this fear, when a psych ward is medically necessary or advisable, but not yet. Since then, I’ve known people who’ve spent time in psych wards and heard their experiences and I have a great respect for them. I’m less afraid, but I’d still call it my greatest fear…and that’s partly because there’s the underlying lifelong terror that I’m going slowly mad.