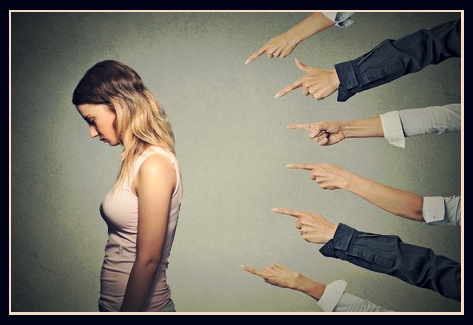 A stigma is a social mark of disgrace associated with something or a negative set of beliefs assigned to a condition. Mental health has its own overriding stigma that can blanket someone dealing with obsessive-compulsive disorder. Oh, you have a mental illness? Well, naturally, you’re unbalanced, out-of-control, and violent. One of my children has chosen to drop the autism label because of the associated stigma. The other is learning that the stigma of Asperger’s will follow them, but the community is worth acknowledging their diagnosis.

The stigma generally associated with OCD definitely pulls in the “dangerous” label occasionally. A decade ago, I was being considered for a job. I could qualify for it with training. I was good at it–in fact, I’d already helped out as a volunteer many times. More than that, I wanted it because I thought it’d fill a void inside me. Unfortunately, I trusted the wrong person with the knowledge that I was trying to get medicated for OCD and that I had the condition. The person, who’d been telling me the job was mine, suddenly backed off as she’d heard through the grapevine that I had OCD–a mental illness. The job offer was quietly withdrawn and the implication that I was too dangerous to work with kids was floated around though never directly stated. The stigma I was up against was in direct contrast to my history and behavior, but it didn’t matter.

Stigma operates on vast generalizations when assigning its mark and unfortunately a lack of awareness contributes. In the absence of an accurate accounting of a condition, society operates on fear and titillation. The most sensational or interesting aspects become what an illness is. Much of OCD relates to a need for control. This is fed into the great telephone game of society. Control is interpreted as uncontrollable, oddly enough. So, people with OCD have to control everyone and everything around them. They can’t help themselves. They’re uptight and cold. You wouldn’t want to be friends with or be forced to live with someone with OCD. OCD crops up in fictional villains frequently. Is there anything scarier than an icy, controlled sort of madness?

Not all of the stigma associated with OCD is scary–some is the opposite. This “lack of control” aspect translates into a pitiful creature stigma as we’re heaped with the commonly known manifestations. “Oh, you have OCD?” Their face reflects their embarrassment as if you’ve spent all day with toilet paper stuck to your shoe. “You must really like to clean.” Sometimes, they’ll try to mitigate our embarrassment at this confession; or to empathize; or they’ll want to buy into our attention and minimize it. “I have OCD too. I really like to organize.”

Even doctors aren’t immune from buying into stigmas. My first experience with a psychologist was frustrating. She firmly believed that I could simply make myself better on my own and that OCD was the affectation of someone wanting attention. I recently had a doctor tell me that OCD was nothing. Everyone is obsessed with things. He “personally” was obsessed with making more money.

Labeling is human nature. We spend all day labeling. That intersection is dangerous. My friend Lois will understand because she’s an introvert too. Carson has been depressed since he lost his job. That banana is too ripe. That family is lazy and never mows their lawn. It’s how we make decisions. I’m not turning right here because that street is hazardous if it’s wet. It’s how we survive. That man on the corner is waving a knife around–he seems scary. It’s how we form relationships. Holly is so friendly–she always smiles at me.  It’s how we define ourselves. I can’t believe I stood up to them. I’m stronger than I knew. Labels get us the help we need. I’m too depressed to get out of bed. I need to see someone. Betty is a diabetic and she looks pale.

The answer is not in dismissing labels entirely, but in understanding labels and looking beyond them to refine them, personalize them.

My name is Wendy. I have Pure-O OCD. I’m not clean. I’m specific. I’m a good friend. I can make you laugh–and I want to. I’m a peacemaker and arguments make me uncomfortable. I’m open-minded and loyal. Okay, so I’m an introvert…an introvert who cries while reading happy stories. I struggle with dealing with emotions, but I’m not cold. Sometimes, I stand back and examine, but I’m not cold. I’d love to be in control of the variables around me…but you are not a variable and I will do everything to protect you from my OCD. I’m not violent. The only one I’ve ever harmed is myself. I am a cutter, but I don’t cut anymore because I promised my husband I wouldn’t. I keep promises. I have a mental illness but I’m not dangerous…in fact, I’m so freaking careful that I’m protecting you from danger. I have OCD…and you’ll never find someone with OCD exactly like mine.

In the end, the only label I need is my name if you get to know me.

In my opinion, the answer to stigmas will always be education and understanding. The solution is in people–who are able to–being open about their condition. If you know a dozen people with OCD, it’s a little harder to buy into the prevailing stigmas. The cure for stigmas is in listening more than you speak and trying to hear what those around you are really saying. I’ve always found it interesting that if you rearrange the letters in “listen” you can get the word “silent.” Listen and understand.