An Excerpt from Lip Service 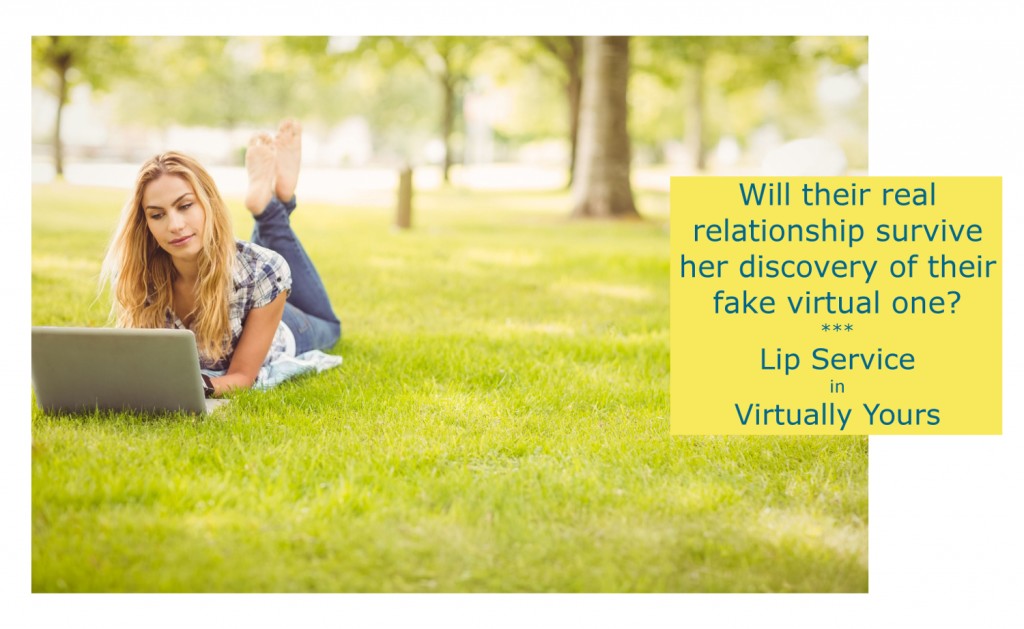 I’m part of a brilliant new anthology that came out. Eight authors writing novellas centered around the premise of a cyber service providing a fake boyfriend or girlfriend. It’s currently .99 cents, but I’m not sure if it’ll be available forever, so get it while it’s hot.

And, finally, here’s an excerpt:

“Thanks for…” Berg gestured out at the way they’d come. It was amazing how he managed to avoid saying anything more than necessary.

“Thanks for letting me talk your ear off. It was fun.”

And the awkwardness set in.

Should she kiss his cheek? It’s not like this was a date. It was hard to say what it was.

“I should probably…” He tilted his head toward his door.

“Oh, yeah, I should too. I haven’t even eaten.” Pulling out her key, she unlocked and opened her door.

And she’d never seen Berg grin so widely. It was like a whole different person was standing in front of her.

“What?” she asked. What had she said? Her cheeks felt hot with preemptive embarrassment.

“I was wondering if you wanted to share dinner.” It was hard for him to say the words around his smile.

She winced and covered her face with her hands. “No. Not now. Oh, that’s bad. That’s so bad.” Dropping one hand, she reached back and opened the door wider and slid inside. “Maybe by tomorrow, I’ll be over this.” Her face was going to ignite.

Maybe if she didn’t look at him, he couldn’t see her—she was going with that. “Thanks for the walk.” She shut the door before leaning against it and sliding down it to drop on her butt.

“It wasn’t that bad!” he yelled through the door.

There was a long silence before he asked, “So, maybe tomorrow?”

“Maybe.” She banged her head against the door. “Really?” she muttered to herself. “You really said that?” She should stick to imaginary men.

Here’s my page for Lip Service in the Virtually Yours Anthology.