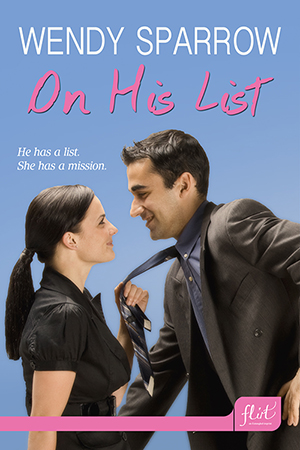 That was how Remy Maison’s day began, not the glamorous world of guarding underwear from her creepy landlord on laundry day, but taking her brother’s place as driver for businessman Owen Savoy. And what was with this guy? Yeah, he’s hot and all, with eyes like melted chocolate and a lean, sexy figure she’d love to explore, but Remy’s never met anyone so rigid.

Owen has a list for everything. He’s planned the entire day down to the smallest detail. All Remy has to do is stick to the list, but she never follows the rules‚ there’s no freaking way. So why is she spending all her time looking in the rearview mirror, hoping she’ll make Owen’s next list?