I KNOW! A post! *everyone looks up to see if the sky is falling or a blue moon has arisen*

Sorry, guys. Anyone waiting on bated breath for a post from me has since died from lack of oxygen. But, I have a collection of novellas out today! Woohoo. My demigod novellas were originally part of three separate anthologies, but now if you want just demigods–all demigods–all the time, you’re in luck! 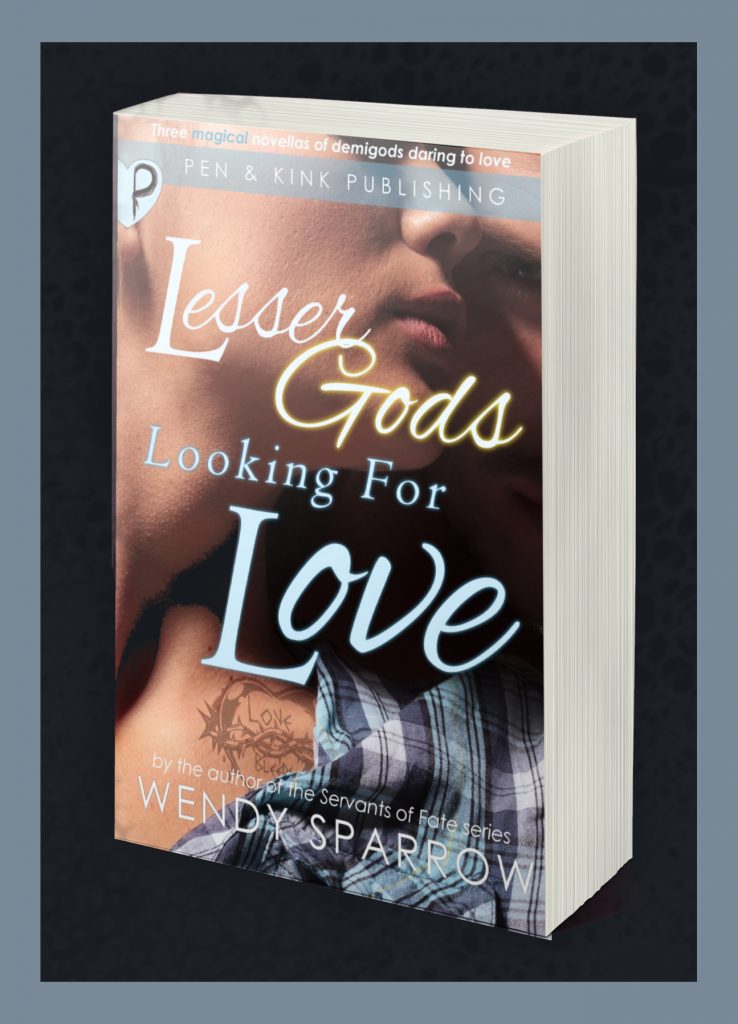 Unmatched powers have their downside—in that they can kill a demigod if they don’t find their equal partner. Fertility needs Death. Pain wants Healing. And, all’s fair for Love and War if they find each other.

Aster recognized his beautiful Lady Death even though she didn’t know of her divine birthright. But Chandra doesn’t welcome the demigod of fertility’s announcement of her heritage with open arms. Having being used in the past, it’s not too much to want to be loved for herself, is it? If Aster can’t convince Chandra that she’s all he desires, it might just kill them both.

Pain has been Corbin’s companion and he knows he’s living on borrowed time before his powers flame up, erupting into a funeral pyre. As a bounty hunter, he’s familiar with the chase, and he’s had a good run. The countdown clock is down to the final hour when Tam finds him. She seems too good to be true…especially when she kisses him senseless. Stealing her away to his cabin could save both their lives, but it will cost him his heart if she doesn’t forgive him for abducting her.

Despite being a demigoddess of love, Allie is not soft and tender. Donovan recognizes that around the time she’s got him pinned to her sparring mat. He keeps telling her she could do better than a one-eyed, burnt-out fighter, but she wants him and she isn’t shy about it. The demigoddess of love fell for him the moment she saw the growly need in Donovan’s expression, but she can’t war for his heart if he isn’t willing to fight for hers.

These demigod novellas are sexy-sweet and filled with sassy banter and feisty heroines. They have a heat rating of “not your mama’s romance, but she’d appreciate a copy so buy her one.”

Hey, but, wait, there’s donuts in the title of this post!

Look at you…noticing that. I’m proud of you.

Yesterday, I happened to be in downtown Seattle at Pike Place Market, and I can’t resist their donuts. The produce is amazing. The fish flies. The flowers are gorgeous. The gum wall is gross. But the donuts!!! The donuts drag me back time and again. If you caught the demigod novellas when they were in the other anthologies, you know I’m not the only one. One of my characters is fond of them too. (I know! What are the odds?) Here’s an excerpt and some donuty pics. 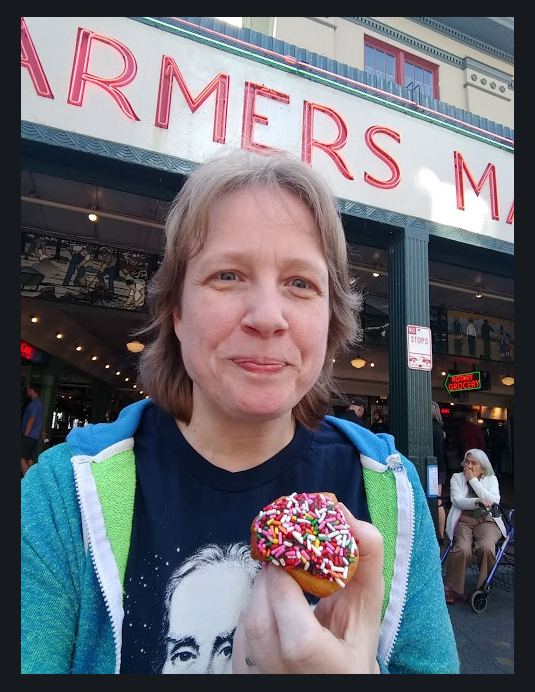 “I’m hungry. We should go grab some of the little donuts from Pike Place.”

Tilting his head, Aster didn’t move. Narrowing his eyes, he examined her face. “You know, you’re driving me crazy.”

Chandra’s jaw dropped. “What? How?” Why hadn’t he said something if she was bothering him?

A slow sexy smile spread across his mouth as his arms dragged her closer into a loose hug. “In every way. The way you move—it’s so smooth like a ballet. Then, that little pause you take whenever I say something where you read me so suspiciously. I’d never thought that would be arousing but I’m like a naughty kid where even negative attention is good.”

“Oh.” She was driving him crazy in that way.

Aster’s eyebrows raised. “That’s all you have to say for yourself? I was having a terrible time concentrating in that gondola because you smell like sugar cookies. I’ve never had carnal thoughts involving sugar cookies, but being in a tight spot with someone dressed like you are, I am. I definitely am.”

“I told you to wear a jacket, but that’s not a jacket.”

“Technically, it’s a bolero jacket. It has jacket actually in the name.” It was cute. The jacket had taken way more of a paycheck than it should have, and Chandra had been dying for the right scenario to come along—the occasion that could justify its price tag. When Aster had mentioned the gondolas could get chilly, it was the perfect excuse to finally wear it. The tight, fitted jacket set off the reddish highlights in her hair. In her opinion.

A laugh slipped out.

“It’s not funny.” He shook her lightly.

“You looked like you were paying attention.” Even that had bothered her. Aster’s focus on the other couple had made her the tiniest bit jealous.

“Are you kidding? I think,” he dug in his jacket and pulled out the receipt, “Amy and Trevor were only impressed because of my street cred. I very literally said nothing intelligent the entire time.” He tucked the receipt away again. Aster sniffed. “Why do you smell so good? Maybe it’s just as well they distracted me. I was about to press you up against the side of the gondola and check to see if you taste as sweet as you smell.”

His words were a desert wind rushing through her—so hot they left her skin tingling and sensitive. Aster’s nose bumped against her neck as his breath fanned from his mouth.

“It’s your neck. Like a body wash or…” His words should have been funny, but his lips feathered her skin with each syllable.

“Mmm,” she breathed, swallowing thickly. Okay, she wasn’t hungry anymore. Not for food. Her hand twisted into his hair, holding his mouth against her skin. Fire. She was on fire. Electricity sparked along the wires of her nerves. She needed him. So much.

“Mmm,” he agreed, his lips traveling up to her ear. “We should probably head back to the apartments.”

It was still early enough in the day that a decent amount of people were around. They probably shouldn’t go at it on the Seattle pier. It might scandalize a bunch of strangers.

“What if I still want donuts?”

His arms tightened around Chandra, and Aster sighed. “It might kill me.” 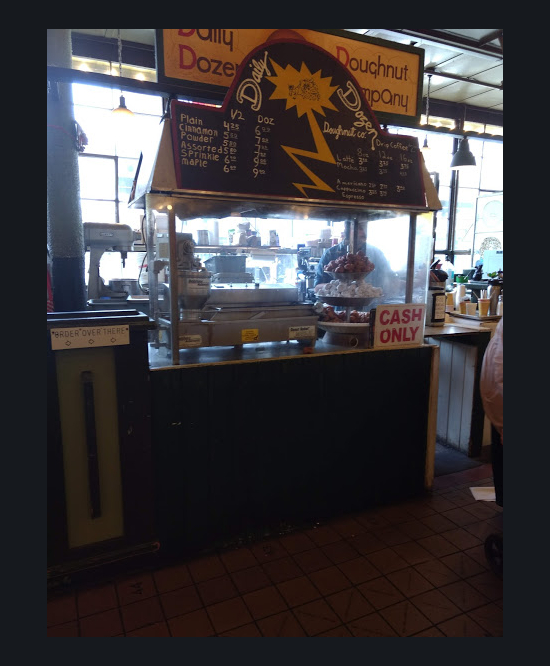