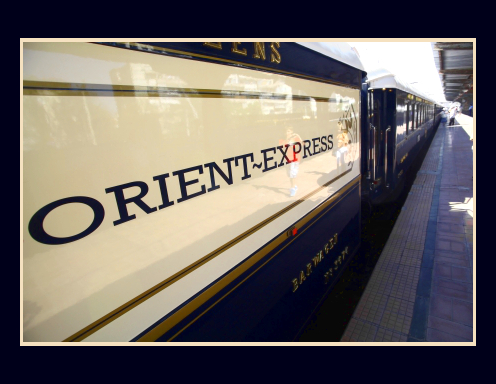 Recently a friend and I were talking on Twitter about the movie “Sleeping with the Enemy.” In the movie, Julie Roberts’ character escapes from an abusive, controlling husband by faking her death. My friend mentioned that the husband, in a later scene, cuts his hand and while in the bathroom sees her wedding ring in the toilet. He reaches for it with his cut hand. I said basically, “Yeah, I don’t know anyone with OCD who’d reach into a toilet with a cut hand to retrieve something.” My Twitter buddy hadn’t recognized that the abusive husband had OCD. (The film led you to this conclusion by scenes showing the abusive husband’s insistence that towels be lined up and can labels all face a certain way.)

Obsessive-compulsive disorder makes a lot of appearances in fiction. Some portrayals are better than others. As I mentioned in another post, a decent amount of villains seem to have OCD. Julie Miller has a series of romantic suspense books where the antagonist, the Rose Red Rapist, has OCD. I can’t speak for other people but using OCD as a villain’s character trait doesn’t offend me as long as there’s a clear distinction between the condition and the antagonist’s villainous behavior. The abusive husband in “Sleeping with the Enemy” had some clear issues and was a sociopath…and also had OCD. In Julie Miller’s books, it was such a secondary trait that the villain wasn’t unmasked until late in the series, despite you seeing the villain’s OCD in their point-of-view scenes. No one said, “Have you noticed how evil Bill is? He really likes everything just so…” OCD isn’t inherently evil, cold, or violent (as discussed in my post on OCD and Stigma.)

For many years, the TV show “Monk” reinforced some stereotypes of OCD. In this series, a crime consultant/private detective named Adrian Monk helps local law enforcement solve cases. Adrian’s neuroses run deep and his symptoms are across the entire spectrum of OCD. He’s got it all…and then some. It wasn’t an inaccurate portrayal but it was definitely an extreme. The nice thing about “Monk” was that his OCD was also the reason he was so good at his job. His attention to detail and obsessive nature solved crimes. My primary complaint with this series was that frequently the other characters pitied Adrian and seemed to influence the show’s audience to do the same. They acted embarrassed to be seen with him. On the other hand, Adrian was freaking cool…and his trademark phrases of, “You’ll thank me later,” and “it’s a gift…and a curse,” speak to my soul. One of my favorite quotes from him is, “There’s an old saying: Don’t change anything…ever.” Actually, I have another complaint about “Monk.” While watching it, I developed more quirks and I knew others with OCD who did also.

There’s a YouTube video that uses Monk to explain OCD which has clips from “Monk.” It’s a decent explanation though you can see in the clips they chose how the pity built.

In books, my favorite portrayal of OCD to date is Hercule Poirot, Agatha Christie’s famous detective. (I know…clearly I have a thing for detectives and, also, all of us with OCD were meant to fight crime.) It’s never stated that Poirot has OCD for the record, but it would take no time at all to make a case for it. (Similarly, it’s never stated that Sherlock Holmes as Asperger’s, but that’s also commonly accepted.) There’s a high level of fastidiousness about how Poirot goes about his life and he also gets caught up in the details to the point of obsession. Some of my favorite Agatha Christie novels are Poirot stories: The Murder of Roger Ackroyd, Murder on the Orient Express, The A.B.C. Murders, The Mysterious Affair at Styles, Death on the Nile, and Lord Edgware Dies. Poirot feels like a very legitimate portrayal of OCD in my mind. He’s adapted his life to his proclivities and he’s respected for his abilities. While reading Poirot stories, I find myself nodding and wanting to fist bump him while saying, “Dude, I feel you.”

There are many other portrayals of OCD in books. I tend to prefer where a character’s OCD is secondary to the plot. They’re a character trying to accomplish something and they ALSO have OCD. So, while I own books such as “OCD Love Story,” and “Every Last Word” I haven’t slid them to the top of my TBR. When I was in high school, I dated a guy who worked at a pizza place. He never wanted pizza outside of work. I’m somewhat the same way in reading. I like reading books where the characters have mental illness and still do awesome things, but I struggle to get excited about books where the story is about their mental disorder. It’s been the same thing with autism–I live it so I look for my entertainment to feel more fictional. Having said that, if you’ve read a book with an accurate OCD character or seen one in a movie or TV series, please mention it below as I’m all about spreading the word.

For what it’s worth, in my novella “On His List,” Owen has OCD. Additionally, I’m hopeful, eventually you’ll see a paranormal Young Adult novel from me that has an OCD cutter as a main character. I’m trying to sneak OCD into your fiction…I’m devious like that.

(For romances with characters with various flaws and quirks, see my Perfectly Flawed list.)

**This post is based on my own experiences and my interaction with others diagnosed with OCD and should not be perceived as expert advice by any means. I’m only an expert in Wendy Sparrow.**