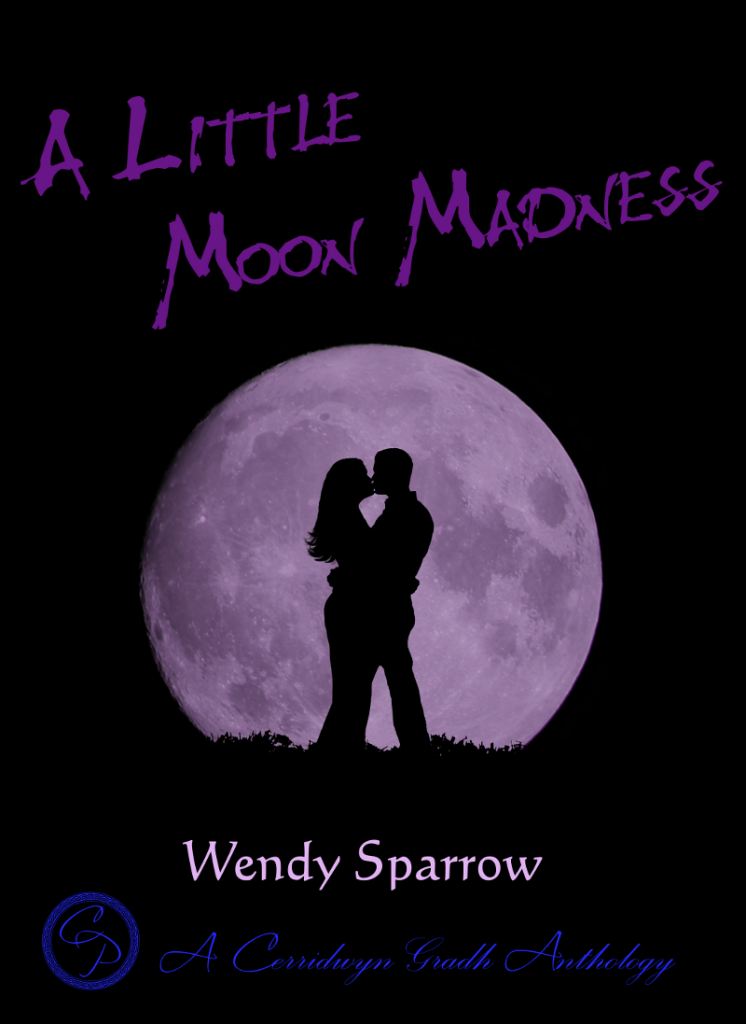 “The Cold and Lovely Moon”

She kept improving her view. She went from a jail cell to a clear cube where she got to watch her fellow prisoner do shirtless chin-ups. Sure, she’d been shot full of crap, but hanging with Tiberius might make it worth that—up until the first full moon when she turns into a creature. As it was Tiberius’s blood they injected her with, he’d changed into a monster too and goes on a rampage in the mad science lab, breaking them out.

Once they’re out, it’s only a matter of time before the “white coats” capture them or attack Tiberius’s clan of dark beasts. Being on the run turns into a constant power struggle between her and Tiberius, and it’s hard to compete for alpha with a guy who doesn’t think twice about challenging a bear. Still, there’s no way they’re doing the deed before Tiberius actually calls her by name, and he’s got to stop dropping her on her back or she’ll kill him in his sleep. But as stubborn and aggravating as he is—and he is aggravating as hell—it’s becoming more and more obvious that he’s her match. Now, they just have to stay alive long enough for her to prove that biting isn’t just for domination anymore.

The two species, Lycan and Manumitters, have always been at odds with each other—both stubborn and intolerant in their own ways. The Manumitter mark has appeared on Grace’s hand, though, and without the power of her father to protect her, she knows going home is as good as a death wish, but she still goes. The wild Lycans outside the colony won’t allow the presence of a mind-bending Manumitter coming into her full powers. When a Lycan appears immediately on her return, she thinks it’s over—her final stand hadn’t even lasted until the sun dropped and the full moon made the devil inside Lycans walk. She’s surprised to find herself aching and wanting this Lycan, but they’re not exactly strangers, and maybe he’s not here to kill her.

Seven years ago, Silas was promised Grace by her father in exchange for returning his conscience to him. When the devil walks that night, making the more primitive sides to the Lycan’s act out—he’ll be in conflict with the pack he’s always hunted with, and he knows they’re coming for Grace. Silas promised himself that if they survived, he’d make Grace his in every way, and he swore to her—when she told him where she ached, he’d heal it with his Lycan touch. One night—and if he can save Grace maybe he’ll have more than his conscience to show for the deal he made seven years ago.