WIP Wednesday (We are WIPs.) 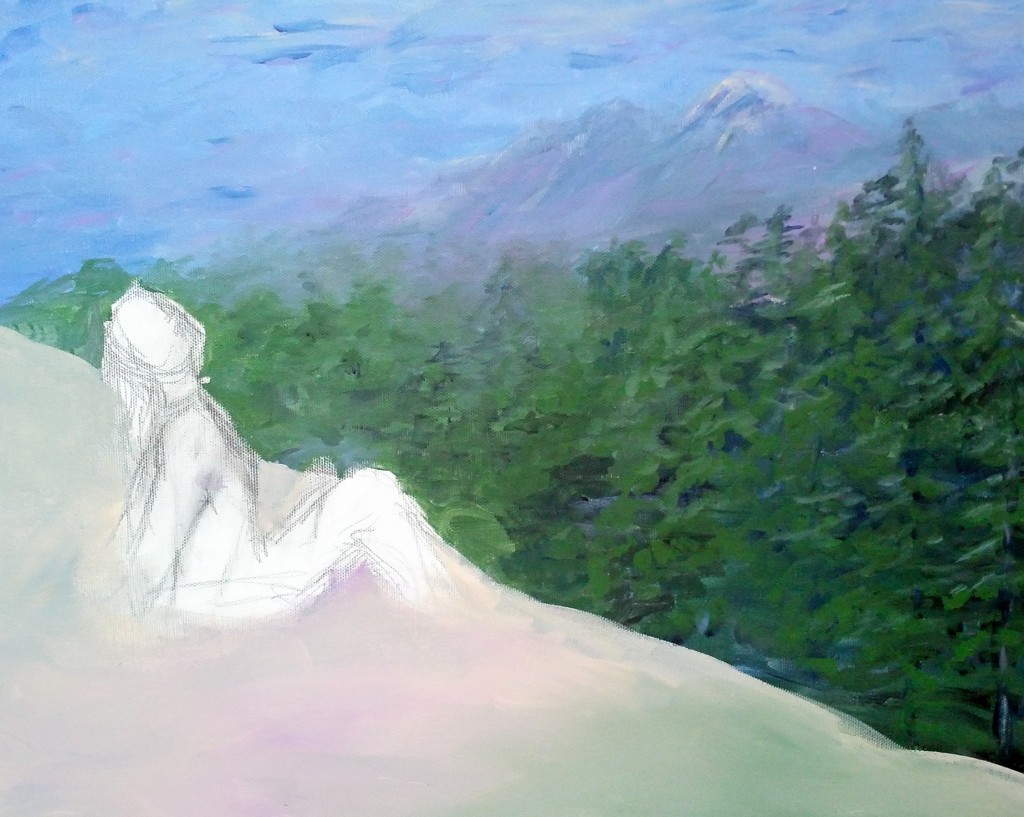 Last night, I taught a sketching class to a few girls…or I tried to anyway. (I’m mostly self-taught.)  And I took this unfinished self-portrait to show them. This is one of the last paintings I worked on before I set my paintbrushes aside to work on writing. And I think about it a lot. I want to finish it, but at the same time, it’s been a reminder to me that we are a Work in Progress. Our skills are always improving. There are talents that we need to develop…talents we haven’t discovered. Stories we should tell…and live. There is always more.

I also shared with the girls a quote from Leonardo da Vinci:

Art is never finished, only abandoned.

Did you know that da Vinci also considered the Mona Lisa unfinished and worked on it for about fifteen years–up until his death? In fact, Leonardo da Vinci supposedly said that he regretted “never having completed a single work” in his lifetime.

In a previous post, I shared my feelings on this subject…which are a bit different from da Vinci’s. (And, let’s face it, I’m no da Vinci.) In writing, I don’t think our stories are ever finished. I think we’ve merely set them aside to finish telling them another day, or we’ve handed them off to an audience so that it becomes their story to fill in the details. And, okay, some of us may abandon stories. Shelve them. Never write them. Delete them.

Have you ever thought of deleting a story? I don’t know that I have. I’ve thought about not sharing anything…ever…but not deleting.

Did you know that Franz Kafka burnt 90% of what he wrote and asked that his work be destroyed after his death? (It wasn’t. His friend disregarded that request.)

And, okay, maybe you didn’t like the Metamorphosis (even though it was awesome) and this strikes you as no great loss, but Kafka’s writing influenced many later writers, and it was the reason the word “Kafkaesque” exists to describe things so weirdly surreal you just can’t wrap your mind around them.

Monday night, I finished up revisions on a novella…and tried to go to sleep. And the idea for a WIP dropped into my head and began building. Eventually, I gave up and got up to type it because there’s just no hope for sleeping if the scene is playing out in my head. It’s for a submission call that I wanted to try for anyway, but this last week of school is insane, and I’m feeling a bit more insane than normal. (Though my new OCD meds are helping in some ways.) My muse’s timing stinks. A lot.

So, I’m working on a new WIP. It’s a holiday-themed novella. (Okay, so I love writing holiday stuff! Sue me!) (Don’t sue me…I have nothing!) Here is the first paragraph so far…in rough draft:

Hannah Lyons was living a charmed life—she’d escaped death thirty-seven times in the last three hundred and fifty-seven days. But Time was about to catch up to her—Time or, in German, Zeit, was nearly upon her…and about to give her back her scarf which she seemed to drop nearly as many times as he’d saved her life.

If you’ve never read any of my “completed” stuff, I put all my romance short story links in the tab up above titled “Free Shorts” and there are a few short stories you might like.

Downstairs from Hell is a paranormal set during tax season. (I like seasonal stuff.)

Of Fire and Ice is a fantasy about a unicorn and a phoenix.

Keeping Fireflies is a contemporary that includes a child with Special Needs.

Bury Me Not is a contemporary about a shoe-burying dog and a couple of neighbors.

Seducing Izzy is a science fiction about a couple put in quarantine.

The Impossible Apprentice is a fantasy about two people who were friends as kids and now one is the master and the other the apprentice.

Some of you talked me into writing a serial. The Cold and Lovely Moon is a paranormal about a couple who grow fangs and escape from a research lab.

Then, of course, there are links to Frosted in my Books tab: Jack Frost let Kate escape once from his winter world, but now he wants her back…and his…forever.

And by “completed” I mean that, with the exception of the serial, I’ve taken those stories as far as I can or will, for now, and it’s up to you to flesh them out and go beyond the happily ever after.

(All the facts I knew already but I corroborated them on Wikipedia. If you’d like to know more about Leonardo da Vinci or Franz Kafka, that’s a good jumping off point. While you’re at it, look up Poe and Mary Shelley–they’re fascinating too. Sometimes, I console myself that despite how crazy I am…I’ll never be Poe.)