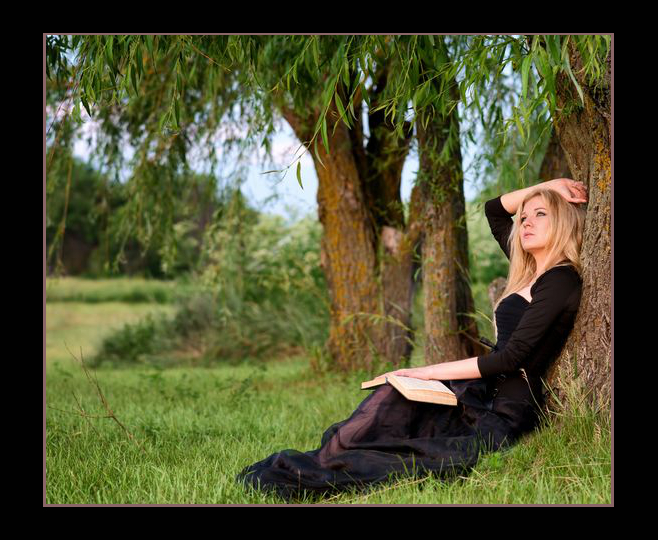 I have a confession…I’m a moody reader. Though I don’t dress up like the woman in the picture and strike poses…I should…but I don’t. I have to be in the mood for a book in order to pick it up. Usually it has to fit into whatever binge I’m currently in. Sometimes I do read outside my mood for book clubs or because they’re a friend’s book or it’s been recommended, but I have to force myself. Seriously. I have to be stern and argue it out in my head like a nutjob. Usually, once I’ve forced myself to read the first chapter, I can read the remainder, but it’s a real fight to start it.

Not only does my mood affect which books I pick up, but it really messes with how much I like a book. I read the same book twice this year by accident. It was an amnesia trope book…and if you’ve read some of my other blog posts, you know I’m a huge sucker for amnesia books. As I was reading it the second time, I had a weird feeling of deja vu but I chalked it up to reading so many amnesia books. I read A LOT of amnesia books. (I would tell you how many amnesia books, I’ve read, but I’ve forgotten so many of them.) (See what I did there.) And I really didn’t like this book. It had huge plot holes and the characters were inconsistent. I just wanted to throw it over and over again.

I finished the book and went to my personal list of books I’ve read this year to mark it as a two star read so that I wouldn’t EVER read it again. And, there it was, a three and a half star rating…from me. (Ironic that I forgot I’d read an amnesia book, isn’t it?) Three and half stars isn’t great from me, but it’s certainly not two stars. (Anything that gets one star also earns an honorary delete from my Kindle.) I’d always imagined my mood determined how much I like a book to some degree, but I didn’t imagine it was that much. I mean, I really loathed this book…far more than was probably warranted.

I’ve reread quite a few books this year purposefully that I read in 2012 and there have been quite a few five star reads that dropped to four stars this year. In my hubris, I thought it was possible my taste was just more refined because I’ve read so many more books in the meantime…but I’m beginning to suspect it’s just me–especially since not much time had passed between reads of that amnesia book.  I’m a moody reader. And this year…apparently I’m in a bad mood. I don’t think a single book has risen from four stars to five stars.

I think maybe I need a hug or something.

I’m kidding of course. Hugging me would make me scream. And then I’d need to go read a book to get over it.

Do you know what makes me the moodiest of readers? Being told by someone that I will absolutely LOVE a book. I’m so contrary that I’m almost predisposed to prove them wrong. You can’t fit me in a niche that way! I will hate that book…so there! *rolls eyes* I’m such a dork.

So, what about you? Can you pick up a book and read it no matter what mood you’re in? Do you find yourself liking a book a whole lot more or less than you did on a previous read? Do you have books that improve a bad mood? (I don’t know that I have any of those–books that are comfort books no matter what I’m in the mood for.) Are you a moody reader? Most importantly, do you dress up like the woman in the picture and strike poses?