Home » Jack Frost » The BEST of the Worst Jokes

The BEST of the Worst Jokes 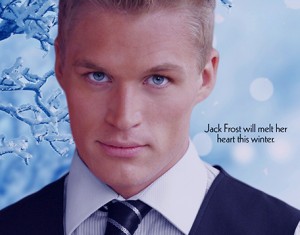 I know how much you guys have been enjoying my jokes on Twitter, but you’re all heartbroken because you might miss some while you’re sleeping…or whatever you people do during the middle of the night while I’m awake.  So, HERE THEY ARE…altogether…for your bad joke enjoyment.

How does Jack Frost get around town?

Where does Jack Frost keep his money?

After he’s nipped your nose, what does Jack Frost do to show you he REALLY likes you?

What did Jack Frost have for lunch?

Oh, yeah, well, what did he have for breakfast?

What did Jack Frost call the lazy Frost Fairy who skipped work?

What did Jack Frost give the baby Frost Fairy?

What happened when Jack Frost got attacked by a vampire?

What happened when the icicle fell on Jack Frost’s head?

It knocked him out cold.

What is Jack Frost’s favorite dessert?

Something with icing. (You thought I was going to say frosting there, didn’t you? I like to mix it up.)

How does Jack Frost greet his enemies?

With an icy stare.

How did Jack Frost’s ice queen know things were heating up between them?

What did Jack Frost’s ice queen do when he came home late one night?

She gave him the cold shoulder.

Who is Jack Frost’s favorite aunt?

When the Frost Fae return back to the Winter World, how do they greet Jack Frost?

Ice to see you!

(I know. That one was really bad. I winced as I was typing it, and I may have thrown-up a little in my mouth too.)

What does Jack Frost take when he gets sick?

(There was a joke that I thought of adding here where the punchline was snow-balls, but… *coughs* I’m leaving it out.)

Where does the royal winter couple dance the night away?

(Wait, what were you thinking?)

Why did Jack Frost leave the snowbank in a fury?

His assets had been frozen.

(See what I did there? I played off that earlier joke. Oh, what? I can’t do that? FINE!)

What are little Frost Fae called?

What do you call Jack Frost in Florida?

Out of his element.

What did Jack Frost’s wife say to him when he was in a temper?

If you groaned at most of these jokes, it shows you have good taste, and you’d definitely enjoy my novella Frosted.  There is an abnormally large excerpt on Entangled’s Frosted page…not that size matters…but if it does, it’s here:

If you laughed at all of these jokes, well you’re just easy to please, and you should just skip to buying Frosted:

If you enjoy Frosted, I’d be eternally grateful to you if you review it somewhere or “like” it on Amazon or tell a friend…maybe buy it for everyone you know…whatever…. ; )  Thanks for visiting my blog.