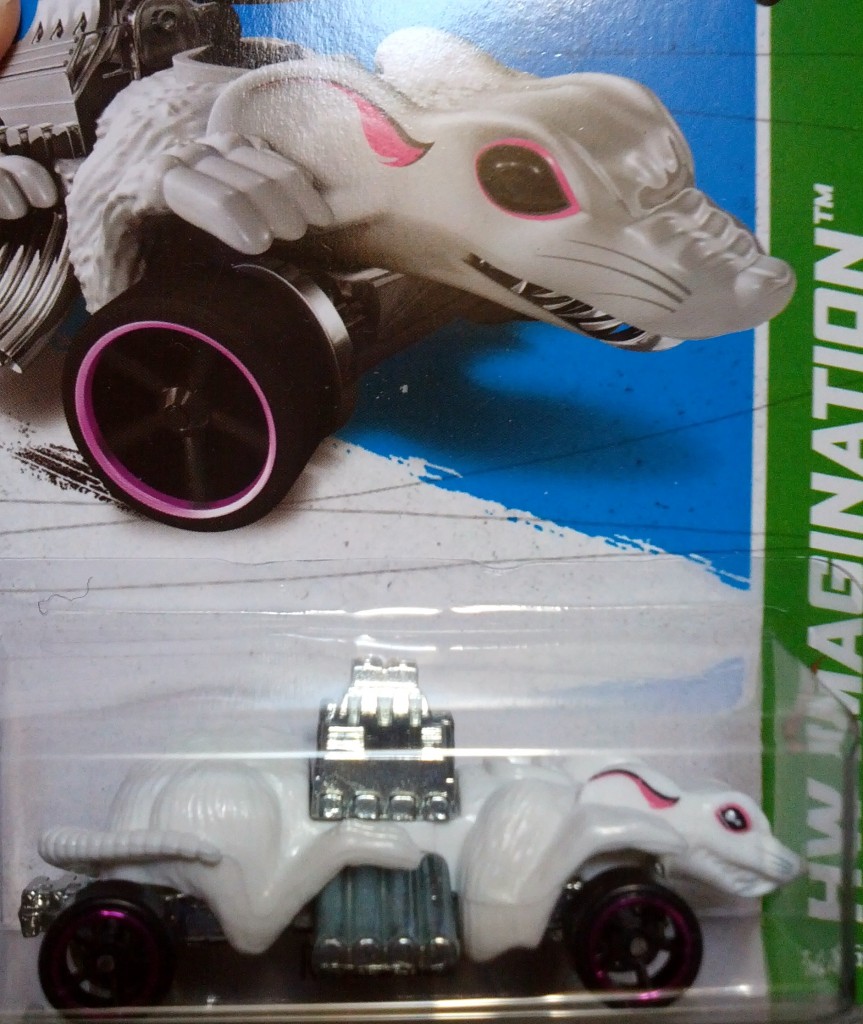 So, you know you’re working on something weird when your husband buys you the above Hot Wheels for inspiration, and you’re all, “AWESOME! That’s perfect!!!”

If you follow me on Twitter, you’ve seen tweets about rats and more rats and then some rats. My current WIP is very rat-centric. It’s a romance where a mad scientist crosses wires with one of his pet lab rats and accidentally acquires rat abilities. *shakes head* I don’t know, people. I don’t know where these ideas come from. Maybe a dark scary part of me we shouldn’t talk about.

What is really unusual about this WIP is that the reality is what is giving me fits. I’m dealing with a novel where a man has rat powers and it’s police procedure and laws regarding the treatment of rats that are the obstacles.

Would a brownstone have a garage and are the electric lines in suburbs of New York above-ground or buried? *weeps* *Googles* *weeps some more*

Also, researching details has led me down some really, really weird paths. Researching rat hearing led me to finding out much of rats’ “funkytown” noises are ultrasonic. That’s right, you probably won’t hear rats gettin’ bizzay. I know this…and now you know this. You’re welcome.

This WIP is just bizarre in a dozen ways. But! Would you like an excerpt from this early draft?

If the answer is no, quickly shut down this window and run out into the street, screaming and covering your eyes.

If the answer is yes, read on but *warning* it’s hot, but not explicit. (Not that my stuff ever is…but it is sort of hot.)

He was playing with fire. But he’d always liked fire.

“Do you know what I’d do if we were outside?” he asked, opening his eyes.

Her heart sped up even more. “What?” she whispered, her voice cracking.

“I’d follow this muscle, the trapezius muscle, which runs from the base of your skull out to your shoulders.” He traced the muscle with a faint touch, skimming her flesh so that goosebumps rose across it. He liked to see and feel his impact on her—it was the only way he could believe this was happening—that he was this lucky.

“I’d kiss every inch of it, taste your skin,” he said, lowering his voice. Salty and sweet and Julia. Every time he tasted her skin it was akin to eating one strawberry, one piece of candy, one potato chip and walking away. And he kept doing it. And he didn’t want to. “Here and here and here. Kissing and licking while my hands pulled you tight against me, and my palm pressed against your chest so I could feel the pound of your pulse, and know I’d done that.”

He was playing with fire. They were both breathing heavily.

“Then I’d start over and bite you lightly because you like that—your heart speeds up every time I do. Here—along your shoulder, clear to the end. But I’m impatient and greedy and jealous and not as good a guy as you think, so I’d bite too hard and suck until I left a mark where other guys could see. Here. Right here.” He brushed his finger across a spot at the base of her neck—an inch above her collar. “I’d taste you on my lips and tongue, knowing that the rush of heat making you sweet and salty all at once was from me too. I’d done that. I’d done all of it.”

He’d suck at her skin as he pulled her close, and she’d turn to him, and they’d get a public lewdness charge depending on where it happened and how far it went before they came to their senses. Her “no kissing inside” rule could lead to a misdemeanor—one that he might be proud to have on his record.