Home » Excerpts and Stories » The Cold and Lovely Moon VII-Serial

The Cold and Lovely Moon VII-Serial

Night two of Full Moon Weekend! Woooooooooooo! Then, the serial goes back into the vault until August’s full moon. So, this is the seventh part and there are thirteen parts. I’m planning on finishing up posting them in October just in time for Halloween. 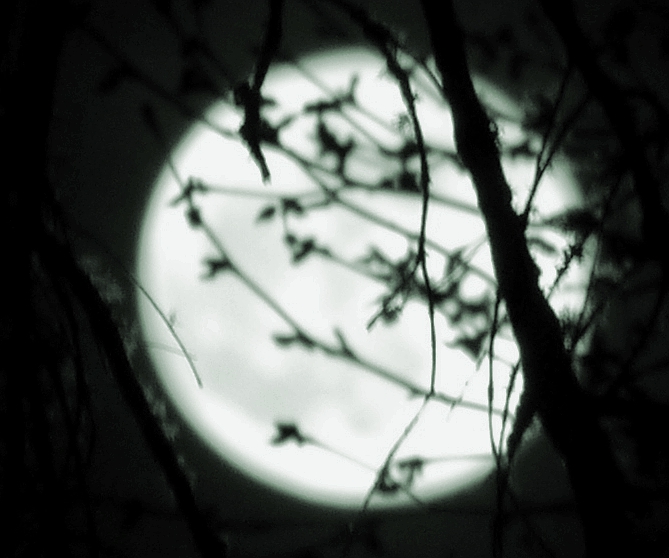 The Cold and Lovely Moon VII

It was the dumbest idea I’d ever had. And I’d had a lot of dumb ideas. Lying under the water when you can’t swim and trying to not panic is impossible. If it was pristine warm water, maybe it wouldn’t have been so bad, but the second I’d calm down, something would rub across my arms or face. They were probably just like grass or algae or…eww…what if they were algae? That was like water mold! Eww!

But maybe they were fish.

Fish that lived in the water I was underneath.

Fish that peed in the water I was in.

Eww! This water was probably filthy with their business. They did everything in this water. They laid fish eggs and had sex in this water—this water that was pressing up all around me, getting in my hair and up against my lips.

This was the dumbest idea I’d ever, ever had. This made some of my ideas in prison about digging my way out using Krissy’s giant whale bones, after I killed her for stealing my dessert, look freaking genius. We’re talking Einstein…and even I laughed at those.

And that water was much warmer in theory than in practice—even with Tiberius pressed up alongside me.

No one told me it was life or death that I learn to swim.

And even if they had, who expected a helicopter and infra-freaking-red?

We were going to die!

Tiberius hugged me tightly, trying to salvage it or something…but that just made me panic more because what if he wasn’t trying to help me? What if he saw this as his chance to be rid of me? What if he was all excited that I’d finally given him the opportunity to do what he’d been wanting to do all this time? What if…?

Why had I suggested this?

Why had I let him drag me in here?

I wasn’t a freaking ninja! Only ninjas pulled this sort of crap! Breathing through a reed probably took practice—hours of practice. No wonder I’d failed.

I was going to die!

We surfaced shortly after with me clutching at him frantically and gulping in sobbing breaths.

I shut it. In fact, I wasn’t ever going to say another word to him again. I held absolutely still—we’re talking supernaturally still.

I shoved away from him. It seemed shallow enough that if I drowned I’d deserve it more than I already did. I made it about two feet and one of my feet had touched the ground before his arm snaked around my waist, and I yelped as he dragged me back up against his body.

“Hey, you,” he murmured against my neck.

I shoved against his arm. “I’m not…I’m not….” I shoved harder. Holy hell, he had like this vice grip around my waist.

“Hey…you did good,” he said against my skin.

It felt not so funny when he laughed against my neck. Hunger shot up my spine. Red hot need filled my veins, and I felt warm despite the water. Mmm. I arched against him and reached up to pull his mouth tighter against my neck. He immediately bit into my skin above where his fang marks were. I’d already felt branded, but I moaned and fought to push closer. It was hard to get any sort of traction in water, but I was about to make the water boil around me if I didn’t get more—I just needed more.

His arms tightened around my waist, and he smiled against my neck before pressing a kiss there. The touch was so different from the last that I went still.

The water lapped at our skin all around us in the dimming light. I could feel the approach of the moon. I felt different—more aggressive. Hungrier. I tipped my head back against his shoulder and tried to soften my harsh breaths that sounded so loud against the swish of water and the distant splash of fish and buzz of insects.

His lips brushed a path up my neck to rest beside my ear. “We’ve got about four minutes left.”

I turned my head so his mouth was resting inches from mine. “Say my name,” I whispered.

I felt his smile again, this time against my cheek. “We don’t have time for that.”

“Well, you must not remember my name because it’s not that long.”

His soft laugh made me ache for a lot more than I should. There were some points I had to be firm on. I was definitely holding out until he said my name. Definitely. But there was a wide gulf between that and kissing him, and maybe if he knew what he was missing by being a stubborn, stupid moron…. I twisted and caught his mouth with mine.

I knew right away that I’d knocked the amusement right out of him. He froze like a statue, and then his fingers tightened and dug into my skin as he finished spinning me toward him. His arms pressed me tight against him as his mouth opened and, as firm and insistent as his muscular grip was, his mouth was soft and almost teasing. He kissed me like we had all the time in the world and not like it was slipping away as the moon climbed. I could feel it—I could feel our time passing, and he was kissing me like he just wanted a taste. Wrapping my legs around his waist, I grabbed fistfuls of his wild and too-long hair with my hands and pulled his mouth tighter against mine.

Mmm. Now that was more like it. He liked it too—he moaned into my mouth when I bit his lower lip. Whether it was because he was right and our voices were different because we were mates or just his voice raw with passion would always thrum through me making me want to forget all my rules and go at it—I didn’t know. I did know that heat scorched through my veins. I was hungry for more and good and melted at the same time.

For all his talk about domination, he was going nuts with my aggressive intimate assault. His fingers clutched at my skin, and he pulled me so tight against him that I’d have trouble breathing soon.

He tasted so good.

He felt so good.

Still, I wasn’t so far gone in a haze of hormones rushing and rapid pulses that I didn’t notice—he was a little desperate. One show of dominance, and I was pretty sure he was mine.

When he pulled back—very reluctantly—a minute later, he was breathing as harshly as I was. “You’re going to stay close to me, right?”

I nodded and pressed a kiss into the corner of his mouth before licking the seam there.

He moaned. “Now? Shite, you have to start this now? The moon is about to crest.” He took a deep breath and pressed his mouth against my ear, whispering, “I’m serious. You’re going to stay right by me? I’ll try to find us somewhere safe to spend the night, but I need you to follow me.”

I grinned as I pressed my cheek against his and whispered in his ear, “Yeah, I will, but it sure sounds like I’ve got a lot more power than you’ve been giving me credit for.”

He sighed—a sound that came out almost forced. He really was hoping I hadn’t noticed that, I could tell.

“Who’s the alpha now?” I whispered as my skin started to sting.