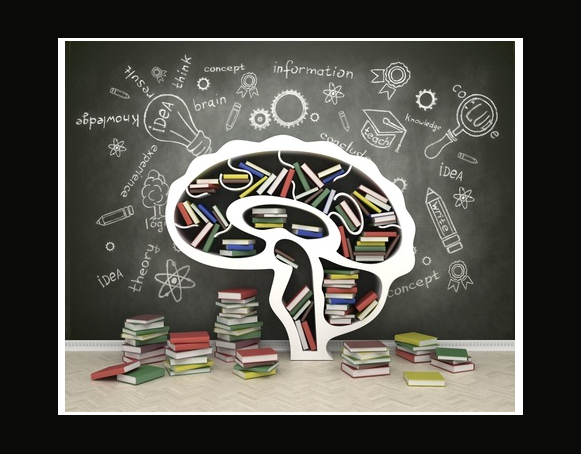 “Where do you get your ideas?

Easily the number one question authors are asked in my opinion. And also the most baffling to us. Why? Well, here’s a day in the life of an author:

For some inexplicable reason, I wanted cash to pay for my lunch today, so I stopped by an ATM. Locking my car, I strolled towards the ATM…looking all around me because I’m a paranoid weirdo–and I read a lot of books in the Suspense genre. All the vehicles were empty, but all the slots in front of the ATM were full. One of the parking stalls had a beat-up pick-up truck, also empty.

Shutting out the world, I stood in front of the ATM, punching in my pin code when a voice, coming seemingly from the ATM said, “Hey!”

Okay. Weird. I sat there, staring.

“Hello. How are you?” the male voice said.

Huh. Strange. But I can’t just NOT answer–that’s rude. I looked around…and there was now a man in the pick-up truck talking on his phone. He was leaning out the window so that his voice echoed in the ATM’s enclosed station. Oh. Right.

Plot #1 – Woman seems to be losing her mind, talking to machines. In actuality, the machines have chosen her to liaison between the humans and the technology surrounding them. Unfortunately, she’s institutionalized and the offended machines wipe out humanity for lacking compassion. (Short story. 7-10K words, quirky Bradbury-esque Sci-fi.) (Marketability: potential for publishing is fair due to contests and anthologies, potential for making money is low.)

Plot #2 – Woman uses ATM at the wrong time and a secret agent mistakes her for a fellow spy when she talks back to his voice projected through the ATM–while he sits nearby in his pick-up truck. Secret agent is undercover at a construction site across from a crime boss’s penthouse apartment. He’s been told to expect a female agent willing to get “close” to the crime boss. When the woman utters the secret code phrase “Holy crap! It’s a talking ATM” he knows he’s found the right woman. (Suspense Romance 50-70K, been done with the Man Who Knew Too Little and it’s got a True Lies’ vibe, but the “mistaken identity” trope works for romance readers.) (Marketability: better if I wrote high heat…lacking that, it’s more work than I’m interested in.)

Plot #3 – A bank heist is taking place inside a bank, and a really hot bank employee tries to get aid by speaking with someone at the ATM. The woman goes all Commando–as she’s a retired bank robber with a heart of gold who now works for a high security group specializing in bank thefts. She and the hunky banker end up together and make beautiful babies. (Wish fulfillment fantasy–I’m not sure what it does for you, but I like it.)

Then, I went to my Allergist’s office. I got my allergy shot for dust mites…which continues to go poorly. Stupid dust mites. As I went up to get checked for a visible allergic reaction, I said, “This totally isn’t working. I hate being allergic to dust mites.”

The tech sighed. “Yeah, and this is the season for dust mites. It’s colder outside and more people are spending time indoors.”

Fantastic. Just what I wanted to hear. “Are there different strains or types of dust mites? If I moved to Africa to escape them would it work because they’d be different dust mites?”

“Would you be willing to move to Africa?”

The tech stared at me as if this answered my question.

“But are they different?” I asked again.

Then, I swear on my soul, the tech asked with narrowed eyes, “If you’re not willing to move to Africa, what does it matter?”

Plot #1 In a last ditch effort, a woman moves to Africa to heal her dying body with an herbal remedy only known to exist there made from the indigenous dust mites. She begins a journey of self-discovery. She learns to love the land and culture and decides to stay. (Women’s fiction, 70K.) (Far too much research to be feasible and outside my genre.)

Plot #2 An under-appreciated housewife finally breaks under the strain of endless mediocre treatment by others. She takes a doctor’s office hostage. She’s eventually stabbed to death with an EpiPen. (Thriller/Horror, 90K–I’m thinking like Stephen King’s Misery.) (Not my monkeys. Not my circus. I wouldn’t know how to write a story without romance and without a happy ending.) (Alternate ending: she discovers the doctor’s office is a front for an illegal organ-harvesting operation and joins forces with another patient to take them down.) (I’d try to make it a romance. I know how I am.) (Le sigh.)

Shot days blow, so I went off to Panera Bread to get breakfast and soup-to-go for my lunch. I’ve been craving orange juice constantly, and I grabbed a souffle for breakfast. After I’d scarfed down my souffle, I took myself to a dark corner to read while finishing my orange juice, but instead I goofed off on Twitter and shamelessly eavesdropped on other people’s conversations.

A blond woman, in her mid-twenties, dressed professionally, said to her brunette friend, “Look. I know he lost his wife, and that’s sad, and I feel for him, but it’s not your job to help him get over that. You don’t want to be that rebound.”

Her friend said, “I know. Believe me, I know…but there’s just…something.”

“No. You have this need to help heal people in pain, but you’ll end up in a relationship while trying to fix him and it’s no good. I mean, I don’t want him to be alone, but I don’t want you going through all this just to have him move on.”

Plot #1 Man’s son calls in a radio station because he’s worried about his widower father. Listener develops odd fascination with him and yearns to be wife #2. (Wait…that’s been done.)

Plot #2 Lonely widower turns to his best friend and coworker as he tries to cope with the betrayal of his wife cheating on him just before she dies. His best friend since junior high has always been the tomboy he never saw as a woman, but the years have changed things, and she wants to help him believe in happily-ever-after again. (Contemporary Romance, 50-70K) (Marketability–feasible–especially if I set it in a small town.)

The blonde was clearly the more dominant one and she said, “It must be hard for him because he can’t act vulnerable because then he’s less of a man.”

Her friend nodded. “Yeah, guys can’t cry or show emotions…especially around other men…because it’s not manly.”

“I’m not saying I’m a huge feminist, but it’s different for women. If we cry and show emotion then we’re traditional, but a lot of guys like that. If we don’t, then guys seem to think we’re feminists–which they either like or don’t. With guys, if they’re sensitive we think they’re too feminine, but if they’re overtly masculine, then we think they’re pigs. They can’t win.”

Plot #1 –Actually I got nothing, but it was an interesting conversation and I can imagine working it into dialogue.

I pick up two kids for junior high carpool, and as we sat in the car on the ride home, it was silent and it made me recognize that it’s starting to get awkward in some ways between my daughter and my BFF’s son. They’re THAT age. Genders matter. There are a ton of moments between them that would work as fodder for MG or YA stories. Too many to even go into.

So, while the reality is that I won’t use this stuff, the question shouldn’t be: where do you get your ideas? Instead it should be: how do you choose which ideas to use when you’re surrounded by possible stories? And the answer is: I grab the one that gets a hold of me and won’t let go, and then I see where it takes me.