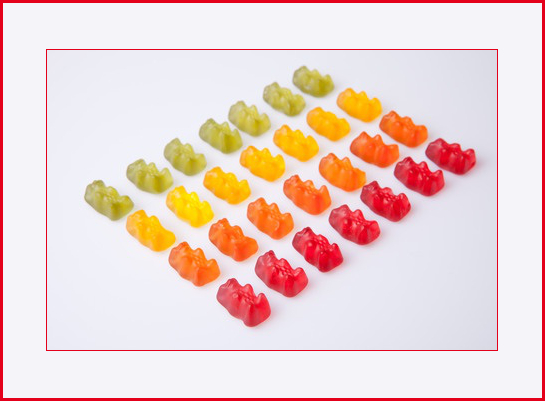 It was difficult to pick the right picture to go with this topic. The Hollywood version of OCD is handwashing and cleaning which are aspects of some people’s OCD, but I’ve tried not to focus on that because those symptoms have been adequately exposed. As others with OCD can tell you, “We’ve covered that…it’s good.” In addition, many people without OCD like a certain amount of repetition and organization. Some people, mostly freaks, might even like a clean house. (Kidding.) (A bit.) In this post, I’m explaining where it crosses the line and how it feels.

I’ve mentioned I have a contamination aversion/phobia. Primarily, that manifests itself in me avoiding things. I don’t really enjoy being outside for the most part. I can’t handle having things on my hands. (Raw eggs are particularly difficult.) Body fluids are…vile. When I’m at my worst, even my own sweat makes me want to pull my skin off. I can’t stand stained clothing. I can’t wear it. I can’t let my kids wear it. They never had “play clothes.” Clothing with permanent stains are dead to me. I try to keep my food separate as much as I can. If we go to a buffet, I’ll go through the line three times as much as the average person to avoid my food getting mixed together. And yet, I can have a messy house. This is because, in my head, I’ve created very exacting rules on what contamination is and what it isn’t. I even have specifications on which bugs are contaminating and which are clean. (Ants are clean. Beetles are not. Bees are clean. Wasps are not. Most spiders are clean–I know–go figure, but daddy long-legs are not–because when you smash them, they leave behind spindly legs.)

And I know that we’ve covered handwashing and I’m about to contradict that, but it seems like the most obvious correlation example. When I’m making something with eggs, I crack the egg and then I place the two pieces of the shell inside each other in the egg carton and go wash my hands…with hot water and anti-bacterial soap. I come back and do it again…and stack those shells inside the previous shells so I don’t contaminate the remainder of the carton and go wash my hands again. At the end, I throw the stacked eggshells in the trash and then go wash my hands again. If I’m whisking the eggs, I wash at the end of that just in case of splatter. The rhythm and repetition of this ritual I go through for making eggs is actually somewhat soothing. I face my contamination demon and I get clean over and over again. When I’m medicated, like I am now, I can go two or three eggs before I have to wash my hands. If I don’t, an itchy tightness builds in my body. In my head, I can feel the contamination spreading…and there’s a wordless chant in my head that indicates I’m dirty, I’m filthy, and it’s spreading. Eventually, I start getting twitchy. I have a nervous tic of rolling my left shoulder that I sometimes do to release some of the stress. It builds and builds…and it’s just eggs.

While I don’t like repetitious sounds…repetitious behaviors soothe me. I used to go to parks to swing on swings when I was a teenager. I’d walk a mile to go swing on swings. It soothed me. Now, I don’t like the brush of wind on my face as much–it makes me more claustrophobic. But there are other repetitions that still work. I pace. I’ve mentioned that I struggle being in the church building, so I go out into the foyer and on bad days, I pace in there. The other members of the church have grown so accustomed to me pacing, no one says anything to me…though I think my level of jitteriness unnerves them at times and they want to “help.” I also tap my fingers sometimes. In my head, the world rushes forward with its contamination and “too closeness” and the patterns and repetition of behavior are like an ocean wave, pushing it back again and again and again. I actually like watching and listening to the ocean because of that. Tap, tap, tap…and back, back, back the world goes–out of my bubble. Sometimes, the tide is coming in and my behaviors can push the world farther back. Sometimes, the tide is going out and the world is winning no matter what I do.

I don’t know if you’ve picked up on it, but in the way of patterns, I have a thing for odd numbers. There’s a continuity of them that I like. Even numbers are abrupt and sharp. They divide evenly in half. With odd numbers, there’s something left over…there’s an extra. It makes them smoother and more comfortable. You almost get a sense that the pattern has to continue because you’ve got that leftover number. With two or four or six, you can stop…you can finish…there’s an end. I don’t like endings. I like to think the pattern goes on forever. I really like prime numbers. You can’t divide them…they can’t be cut in half–you have to add more to them to divide them–they’re forever and stronger and better.

Now, patterns and repetitions aren’t necessarily unique to those with OCD–the thing that separates us is the obsessive need that drives us and the compulsions. Even with Pure-O, my type of OCD, you see compulsive behaviors like the pacing and handwashing. I don’t wash my hands fifteen times in order to complete a ritual like someone else with OCD might–I wash my hands fifteen times because I’ve just cracked thirteen eggs and whisked them and the possibility of salmonella and the feel of the eggs on my hands need addressing. Pattern, pattern, pattern. Compulsion. Compulsion. Compulsion.

The other thing is that we do what we do to remain functional in the world. Someone might clean their house because they have guests coming or because they just like it clean. Someone with OCD would clean because they can’t NOT clean. They can’t leave it unclean. It’s a building itch in their body. It’s not optional. They can’t move on or walk away from their compulsion.

I have a recycling obsession. I jokingly call recycling my other religion. In my head, I’ve created a pattern that I’m a consumer and I’ve accepted this product, and I’m returning what I can to the pattern. In and out. In and out. I’m in the pattern and it’s an odd number of steps. Recycling is right because it’s a continuous pattern. (I even like the recycling logo.) I was visiting New Orleans a few years ago for an anniversary trip with my husband and I was on a tour of their cemeteries. I had an empty water bottle in my hand that I’d been carrying for a while when we stopped in a government building for a bathroom break. I searched and searched for a recycling bin. There wasn’t one. I finally went up to someone at an information desk and asked where their recycling bin was. She looked at me and said, “Oh bless your heart,” and took my water bottle and threw it in the trash. I’m sure the look on my face was “Scream mask” levels of horror. I wanted to ask for it back. That’s one of my strongest memories of New Orleans. They threw away my water bottle and didn’t recycle it. *eyeballs New Orleans* But I forgive them…because…well…beignets. My parents don’t recycle (have I mentioned my mom and I have VERY different OCD?) but their neighbors do. Sometimes, I lie awake in their house and contemplate midnight raids to fill the neighbor’s recycling bin. I’ve been known to pack stuff back to my house to recycle.

So, yeah, I hope this was a helpful and not entirely frightening look into the psyche of someone with obsessive-compulsive behavior. Comment below so I don’t get all wigged out that you’re judging me or that no one is reading this.

**If you or someone you love has obsessive-compulsive disorder, a medical professional would be able to give you more specific help and guidance. Nothing I’ve said can replace seeking help or should be construed as advice. Be safe and be well and seek help if you need it. This post is based on my own experiences and my interaction with others diagnosed with OCD.**