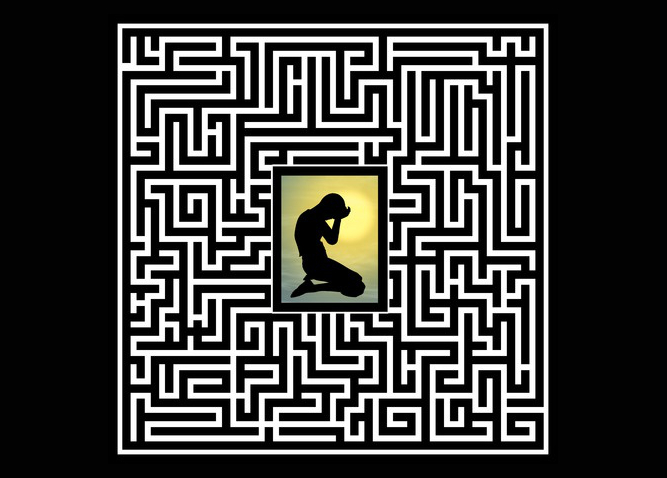 Ha! I love how acronymy that title is.

Post-traumatic stress disorder is a very complex condition…let me start off by saying that. I’m going to talk about the correlation between obsessive-compulsive disorder and PTSD, but if you’d like to know more about just PTSD, Google the heck out of it. I can’t even scratch the surface.

PTSD is typically seen in either the victims of violent occurrences (both criminal such as rape or abuse or natural disasters) or in those involved in the military. Some of the symptoms of PTSD are: flashbacks, nightmares, anxiety–related or unrelated to the traumatic event, agoraphobia, claustrophobia, insomnia, intrusive thoughts or memories, depression, avoidance of people or locations, and many other symptoms including an overlap with OCD symptoms. Symptoms are usually seen within three months of the event but may take years to appear.

In studies done, those with OCD symptoms vary, but from what I could find, OCD seems to have a comorbidity of up to around 20%. So, roughly one-fifth of people with PTSD have some symptoms of OCD. (This is based on the sum of internet searches today and that may differ from reality or change with time.)

The relationship between OCD and PTSD is very chicken/egg. (Though I recently saw something that it’s been scientifically proven that the chicken came first–but I digress.) Since there is no accepted “cause” of OCD, saying that PTSD caused OCD in some people isn’t considered accurate. Some people with PTSD develop OCD-like symptoms, but it’s also plausible those people had latent OCD tendencies already. Also, people who have OCD are often less likely to cope with trauma in a healthy and productive manner. For example, my way of dealing with trauma was to cut myself and stack things…you can see why the outcome wasn’t as therapeutic as one might like. Especially since many people with OCD have revolving coping mechanisms that either repeat or lead to other behaviors. So, someone with OCD might be more likely to develop PTSD when faced with trauma. And someone with PTSD might turn to OCD coping mechanisms that were buried until stress and trauma triggered them. Chicken or egg…and science hasn’t pointed at either in this case.

PTSD first started showing up on my medical charts a couple years back, I think. I knew I had it. I was in a very toxic and abusive relationship around 21 that led to a nervous breakdown. The fact that I have situational amnesia for it was a big red flag, I suspect…as were the nightmares and flashbacks. In my case, I’d already had OCD and been cutting for a while, but I strongly suspect my OCD led to my PTSD. As I’ve mentioned, I’m in a rather strict religion and I viewed the abuse and the whole relationship as a huge moral lapse. Someone without a history of penance cutting and dark thoughts might have pulled out of the relationship sadder but wiser. It might not have reached the toxicity and abusive levels it did even. But I am what I am and I exited with a new acronym and two months of missing memories that have only returned in flashbacks that I don’t trust for accuracy.

Up until my “trauma” occurred, I was hiding my OCD rather well in my opinion. Afterwards…I began stacking things and my agoraphobia increased with every passing day. I developed rituals that brought me peace…like going around and checking doors at night, watching the same movie again and again, reading the same book again and again. Sameness was comforting. At the same time, immediate repetition grated on me. I can’t handle someone repeating the same thing over and over (which is awesome as a parent.) I stopped being able to follow recipes exactly. (I hand measure some things to avoid exact repetition.) I have a few hoarding behaviors that were exacerbated by my PTSD. I need a lot of things “just in case.” I have a bit of a first aid kit fetish in fact. My idiosyncrasies became more pronounced and I developed more dramatic and less logical ones. My contamination phobia rose to ridiculous levels. It changed the nature of both my aversions and my sensory-seeking needs. Basically, it altered the expression of my OCD and kicked it up a notch with a BAM worthy of Emeril.

This all happened shortly before I met and married my husband. I think the only reason my family didn’t know I had OCD is that PTSD hadn’t kicked it out into the open. I don’t know that I would have successfully been able to hide my OCD around other people after it developed.

The correlation between the two means, for me, treating one will treat the other. I’ve always focused on treating the OCD and hoped that time would dull the other. The nightmares and flashbacks have faded. I’ve accepted that I’ll never get those memories back. I’ve accepted that whatever happened is in the past and can’t be changed. In some ways, I’ve moved on. But the sting and impact of PTSD is treated but not cured. It’s like OCD in that. Something inside you is altered forever…whether it’s brain chemicals or whatever.

As I finish this post, let me be clear…I like myself. I’m the sum total of all this crap, but I like who I’ve become. Having an extra acronym isn’t awesome, but like the scars on my body from cutting, it shows I’m a survivor. I went through that and came out on the other side. My “I survived…” T-shirt is more of a hairshirt that I wear every day, but I’m here. And here…is a very good place to be.

**If you or someone you love has obsessive-compulsive disorder or PTSD, a medical professional would be able to give you more specific help and guidance. Nothing I’ve said can replace seeking help or should be construed as advice. Be safe and be well and seek help if you need it. This post is based on my own experiences and my interaction with others diagnosed with OCD and PTSD.**