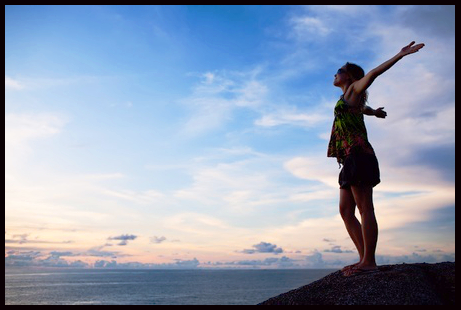 While writing my last post, I realized that I’ve inadvertently focused on the negative aspects of obsessive-compulsive disorder. Even in my post on OCD in love, I think I made it sound like my husband loves me despite my OCD and not because of it whereas the truth is far more complex.

At some points, having OCD can be as much a disability as being left-handed is. Sure, things aren’t designed with you in mind. The average person doesn’t know the adjustments you have to make in order to get things done. But there’s nothing “wrong” with you. You’re different. You do things differently. It’s the way you are.

Most importantly, there is no shame in having OCD. Having OCD might be the reason you do certain things, but you’re not wrong. You’re valid. You’re important. And, dang it, at times you’re right because of your OCD, not despite it.

In Elizabeth Moon’s novel, The Speed of Dark, a cure for autism is found. During almost the entire book, you’re introduced to the main character’s life–how they exist with autism–how they are. You see the validity of their positive impact on life due to their autism. And, like a choose-your-own-adventure, you start questioning, should he be cured? Would you be cured? What would I do?

If you have OCD, it’s a part of you. It’s the way you think. It’s the way you act. Even if you bury it, it’s still there, impacting every aspect of your life. By the time you’re my age–late thirties–you couldn’t tease out the OCD without taking large portions of your personality. And, to be honest, people love me due to my OCD.

Because of my OCD, I think long and hard before I say or write something. I don’t want to offend you. I don’t want to hurt your feelings. I don’t want to be misconstrued. I have a very deliberate way I want to be interpreted and I do everything I can so that happens. My past haunts me. I have the ghosts of past offenses in my head every night and all day. I try not to add to my ghosts. I do everything I can to be a good and loyal friend, wife, mother, daughter, sister, acquaintance, and human being. I champion the underdogs because I’ve been there and I remember it. I’ve paid for it.

Because of my OCD, I’m careful and safety-conscious. I’m the stranger who stops on the trail and offers you a bandaid for your blistered foot. I’m the stranger in the store who saw your child wandering and brought them back to you. I’m the stranger who picked up glass so that you didn’t step on it later. I’m the stranger who has her hands at three and nine o’clock the entire drive, signals in advance, and gave you plenty of room. I’m making the world better for you, and you don’t know it. If you did, you’d thank me. (You’re welcome.)

Because of my OCD, I know how to write characters. I’ve been people-watching my whole life. I’ve been analyzing every behavior and word, searching for hidden dangers and subtle meanings. I’m one of the more intuitive people you will ever meet at reading people. It’s not without reason that many of the fictional detectives seem to have some form of OCD. Monk and Poroit to name two. I’m a better writer because I have OCD.

Take away my OCD and I’m not sure I like that person. I can’t imagine caring less about everything. My life is richer because I analyze everything. My world is hyper-saturated because of my OCD. I live in a photograph that’s had the contrast kicked up.

If there was a cure for OCD tomorrow, I’d pass. It’s hard enough to be medicated for my OCD because it takes some of the positive aspects of OCD away. Not to mention it implies that my way of being requires medication. While I’m currently a better mother and wife on medication, that won’t always be the case.

Some symptoms of OCD are not healthy or beneficial. Some manifestations of OCD can be scary and unsettling. Though, technically, OCD is considered a mental illness–it can also just be a way of being. I almost like the term “disorder” more than “mental illness” because something out of the natural order isn’t necessarily wrong. Having OCD does not make you wrong–it makes you different, unique, and special. You see the world in a different way…and the world needs that. The world needs more careful people. The world needs someone watching out for those around them. In my opinion, the world needs less germs, more organization, and people who think before they speak. People with OCD are listeners–society needs more people listening before they act, listening beyond the words used, listening to the heart of matters. We have value. We’re significant.

I care about you because I’m careful. I write about OCD because I want to be understood. I’m posting this because I need my daughter to know that OCD isn’t just something we shouldn’t be ashamed of–we should be proud. This thing that lives inside us has shaped us into someone that other people love. I’m proud to be a representative of a group of people you’d want as a friend, spouse, and relative. People with OCD are damn fine people. Go hug someone with OCD today. No, wait, only if they want it…no, wait, actually, don’t hug us unless we ask. That’s why fistbumps exist.

**If you or someone you love has obsessive-compulsive disorder, a medical professional would be able to give you more specific help and guidance if you want or need it. Though, I reiterate OCD equates to awesomeness in many ways and you can’t cure awesome–you may have to live with your big, bad self. It’s the trials we bear. Nothing I’ve said can replace seeking help or should be construed as advice. Be safe and be well and be you and seek help if you need it. This post is based on my own experiences and my interaction with others diagnosed with OCD.**