So, when the amazing Kait Nolan invited me to join the Virtual Match anthology…I had so many ideas. An anthology centered around an online service that linked up subscribers with a virtual boyfriend or girlfriend? I jumped on board so fast I think I nearly overturned the boat. I narrowed my ideas down to a Cyrano de Bergerac retelling. If you’ve been following me for any length of time, you know, due to my own mental illness, I love flawed characters. Doing the research for my main hero was…amazing. Reading personal accounts from our brave soldiers and their loved ones was so eye-opening. This was such a heartfelt effort on my part. I laughed and cried while writing it. I hope you enjoy it. 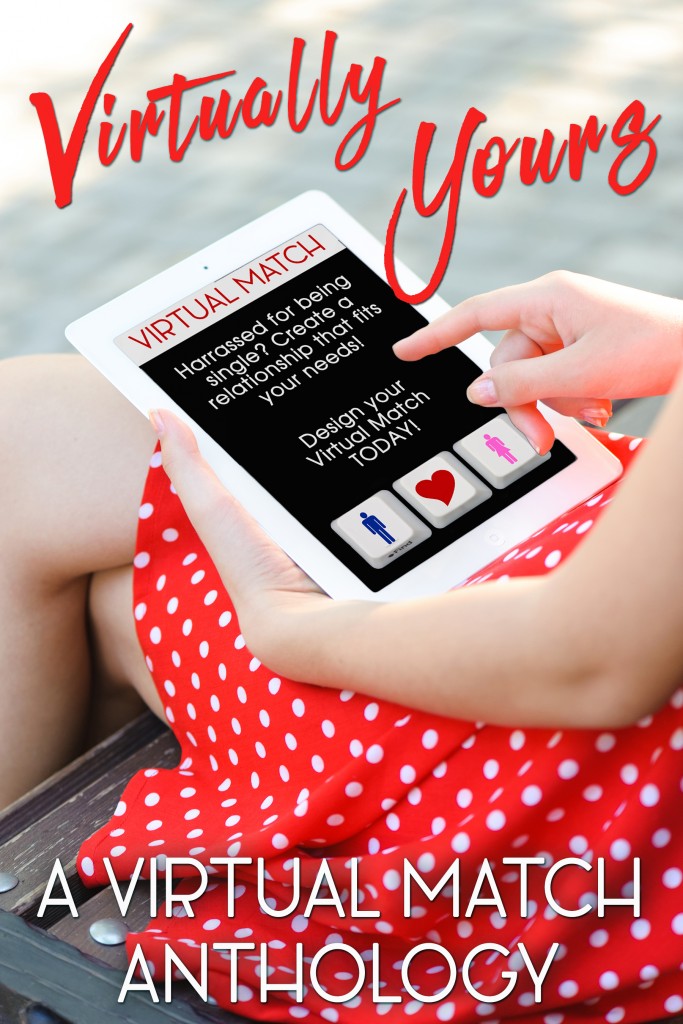 (Just so you know, this anthology might be a limited time release, so get it while the getting is good…)

Here’s an excerpt from Lip Service:

He smiled and picked up his cupcake. Maybe he could try another bite, especially if he timed it during her bite. It really was a delicious cupcake. He could get on board with unexpected cupcakes.

“On my last blind date, the guy wound up with food poisoning and threw up on the ninth hole of mini-golf—like in the hole. It was the windmill hole, and I kick ass at that hole.” She pursed her lips. “I was beating the crap out of him. I’d been below par on every single hole in fact. If he hadn’t hurled so much, I might have thought he was trying to end the game before he lost. As it was, I swear I was seeing intestines by the time we got him in an ambulance.”

Berg set the cupcake aside. He could finish it later. Sort of a midnight snack. “When was that?” And why was she telling him?

“Nine months ago. I thought I could focus on my career for a while. But it turns out my career didn’t need that much focus. I’d considered getting a cat when I moved here. But one cat would be lonely. And then I thought if I put two cats together and they hated each other, I would get a third cat. I’d probably mix up the genders because, you know, who likes being without someone to rub up against on cold nights? I couldn’t force them to live alone without romantic companionship. That’s cruel. But then, well, I should get two of each so they’d have more choices and so whichever gender was single wouldn’t get the idea I’d brought them a harem. Pretty soon, I was planning on something like eight cats, and I couldn’t see the end of it. And I think I’m too young to be a cat lady.”