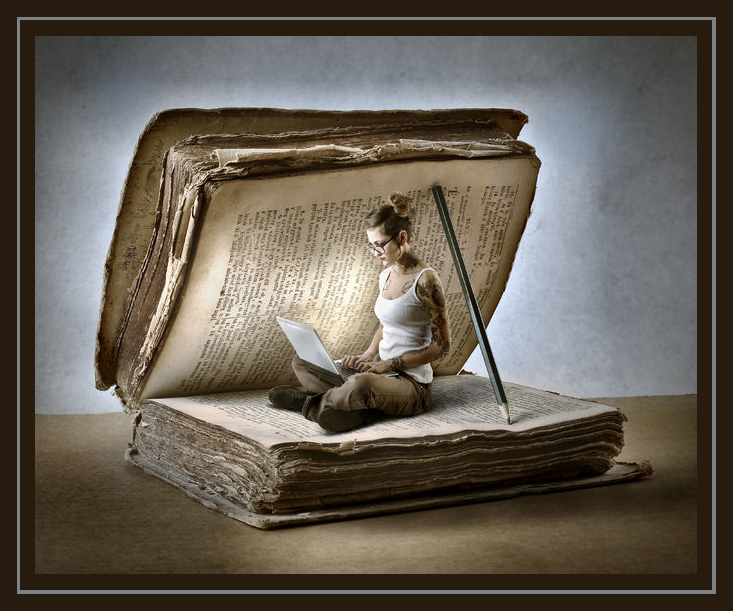 Once you start telling people you’re an author, you occasionally run across those who will casually diminish that or the value of your stories.

“Yeah, but you write romance.”

“Do you actually make money at it?”

“Oh, I have a great idea for a story…something you should write.”

For all those people, I’ve met far more who are wonderfully supportive, but I bring this up because so often the value of the stories we write are seen as a quirky hobby that might entertain readers. After all, we’re not writing nonfiction, right? What is the inherent value of something that can’t be used in a term paper or to better our lives?

When I was a teenager, I couldn’t find characters in books that I could relate to. You’d think I could. I’m white, blond, and I seemed fairly mainstream. Heck, I’ve even got blue-eyes. But, inside, I was going slowly mad. I faked sane. I faked it so well that few people recognized what was happening. If you’ve read my posts on OCD, then you’ve seen the extent of what the disorder encompasses and how deep it can go. Part of my central issue was this feeling that I was alone–that there was no one like me. I didn’t recognize that I had OCD because I didn’t have the commonly portrayed symptoms. (I have Pure-O OCD.) On this awful journey, I was alone…and I saw how it ended. I knew eventually the darkness I felt inside would swallow me whole.

I still remember the first time I heard about someone with my kind of OCD because it was like a lighthouse in a bad storm. The concept that there was a version of “normal” out there that I fit…made me want to cry. I was normal for Pure-O. There were others like me–who felt like me. I could head toward them and find them and not be lost forever.

So, one of my goals when I started writing was to bring stories to the imperfect. There are enough stories out there for perfect people. I wanted to write stories for the teenager or adult who wanted a happy ending to their story, but couldn’t imagine it.

Writing is hard. Writing about something that once brought you to your knees…well, it’s not any easier. The young adult book I’m currently working on revising has a teenage girl with OCD who is also a cutter. But it’s not about that, not really. It’s a paranormal murder mystery with some romance. Her OCD factors in, but it’s equal to how much the gargoyle shifter’s traits factor in.

Delving into the emotions and thoughts of Piper remind me of those hopeless days. Every time I work on this book, it breaks me. I feel like a raw wound again. I feel the insecurities and, while I no longer cut, I’m still a cutter, and I feel that too. The shame. The guilt. And the desire.

I wrote this book quite a while ago–many years ago actually. My agent and I had very specific stipulations on how and who when it came to publishing it because I wanted there to be a story for those out there struggling with OCD and self-harm, but I wanted it on my terms when it came to those issues specifically. Piper stayed Piper…a smart girl with OCD who is a cutter just as much as she is southern, short, and far too curious and stubborn. We found the right place and a wonderful editor, but the hard work of shining light into my darkness hasn’t ended.

Writing about this was hard. Sharing it is harder. Going over it again and again is plunging me back into my fears and nightmares. There are a few scenes where I feel utterly exposed. I’ve read them again and again to figure out their triggering potential because they feel so real to me. I went through this when I added in several PTSD flashback scenes in Crazy Over You. Those might have been more difficult actually. I sunk into a depression for a bit after those.

So, why do authors write the stories that drag them into the dark?

My Young Adult book is entertaining. It’s meant to be. It should be relatable, not just for those with a form of OCD. but something others can understand. It’s a novel, not non-fiction–a hero’s journey with an adventure arc in addition to a relationship one. But I’m hoping that someone, somewhere will read it and sigh and feel normal. They’ll want to fist-bump Piper and say, “You’re my peeps, girl. You got this. Kiss that gargoyle.” If that happens, writing the hard and the heartbreaking will be worth it.

To find out more about this upcoming release, keep your eye on the tab up above for “Wendy Laine” or follow me on Twitter at @WendyLaineYA. I anticipate my “OCD Cutter Romances a Gargoyle” book should be out this summer and I hope you’ll all check it out. I’m equally scared and excited. No, that’s a lie, there’s definitely more terror than excitement… I’m terrified, guys. *deep breath* It’ll be fine. I’ll be fine. It’ll be okay.