Pure-O is sexier-sounding than it is. Seriously. It is. It sounds like a street drug to me. By the way, I’ve been thinking of getting a shirt that says, “I have OCD. I do drugs not hugs,” but I’ve been worried people might not find it funny… 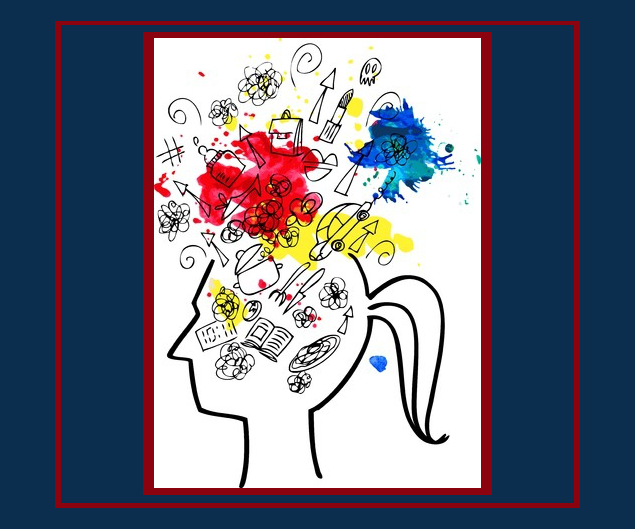 The difference between Pure-O and other forms of OCD is that I typically don’t have obvious compulsions like hand-washing or tapping objects. That’s not to say I don’t have compulsions (or wash my hands more than the average person) but my compulsions are inside my head for the most part and take the shape of aversions and obsessive thoughts.

If you’ve read my previous posts on dark thoughts and superstitions then you know some of the thoughts I have. They’re also the thoughts that keep me awake (from my post on insomnia.) As far as aversions go, well, my post on agoraphobia is a big clue. Forgive me the overlap of post topics, but I suspect it makes sense when discussing the nature of my OCD.

So, what is Pure-O like? The obsessive thoughts have a few commonalities among those with Pure-O:

Religious in nature. I’m not sure how this works among those who are atheist or not devout, but I’m plagued by what I consider inappropriate religious thoughts. Some are dark and sacriligeous. Sometimes, it’s just the location my other dark thoughts take place. I can be sitting in the chapel when a disturbing sexual thought will slip into my head and side-swipe me.

Also, I consider myself impure and contaminated from a religious standpoint. (This is what I, myself, feel…not what my religion teaches to be clear.) Going inside churches and other holy buildings, even those not of my faith, is difficult. Being around people I consider more pure than me…is difficult.

Concern about those around us (including loved ones) and a sense of responsibility. I’m always concerned I’m going to harm or offend others. I worry my negligence will allow others around me to be injured–so I can’t ever be negligent. Other people are allowed to be human and distracted and preoccupied, but not me. I have to be vigilant at all times. When my kids started school, it was a huge relief. There are chunks of hours where I’m not responsible for them.

I’m also obsessed with the idea that I might offend someone. I have a broad sense of humor and I think and rethink everything I say. It’s amazing I’m as chatty as I am…and it’s part of why I prefer online life…I can read and reread what I’m about to say. If someone seems to be even slightly avoiding me, I analyze how I’ve offended them. I’m sometimes paralyzed from acting in social situations because I think I’ve offended someone or will offend them. I’m trying to live a life of least offense. That’s my goal.

Sexuality. I hate these. You have no idea. Nothing feels quite as dark and awful as these. These aren’t the average healthy sexual impressions or feelings. These are thoughts that are abhorrent and feel deviant to the one thinking them. These feel and seem perverse. They blitzkrieg my brain and I want to go shower them off. Even the thoughts that are healthy in nature–come at the worst time–out of nowhere. When my kids were young, I felt totally creepy for having so many of these thoughts when I was trying to care for children. No matter how fast I oust them, they’ve left a mark, a footprint, a blight on my conscience because I had them. Over and over, I thought, “What sort of awful person has that thought? I’m a sicko.” I still have them, though the medication helps…but I recognize that I’m not a dark evil person for having them.

Violence. Okay, so these are bad too…though I still prefer them to the sexual ones. I have these crazy thoughts that I could hurt you, kill you, and do awful things…because you’re not being careful. I see that potential inside myself, and I always have. Even when I was a teenage girl with no upper body strength and I weighed 110 pounds soaking wet, I saw this potential to be a serial killer psychopath. I could be that person if you weren’t careful enough…if you were alone with me…if I suddenly snapped. People suddenly snap, right? So, I could. (Yes, this is crazy, but OCD is a mental illness.)

Contamination or health crises. My aversion to contamination is my strongest issue. I feel like I’m contaminating myself, but also that others are contaminating me. My own personal issue with others is body fluids, but I know many people have germ issues. They worry that they’re passing on germs or others are giving them germs. Some people with Pure-O have a form of hypochondria where they’re sure they’re sick…with something mild or severe and they can’t let it go, despite what tests might say.

It should be noted at this point, that with all the above…people with Pure-O are no more likely than the average person to carry out these thoughts–in fact, we tend to live more carefully and considerately, so it’s possible we’re even less likely to harm or offend.

You might be thinking that a disorder with its claws dug into your thoughts would be more difficult to treat. It is. Especially since even those not afflicted with OCD have some of these thoughts now and again. It’s not debilitating like it is for those with Pure-O, but there is such a thing as a viable amount of paranoia and some would call other aspects “having a conscience.” With Pure-O, it’s constant and it’s debilitating. I’ve mentioned before that having OCD is like having a mind that is a crowded room. So much noise. What might be termed “worrying” in normal amounts becomes an obsession when it’s constant.

One of the most distressing sides to Pure-O is that there isn’t a form of release…which is why many with Pure-O turn to cutting (in my experience with myself and others with Pure-O.) With other OCD symptoms, the act of tapping, repeating, and checking may eventually provide relief from the obsession (which is not to say those symptoms aren’t their own type of hell.) With Pure-O these thoughts linger and repeat and holy freak just make them stop. It feels like your soul is this white cloth being pummeled with paint balls at times. Cutting became an act of contrition for me. A way of atoning for these thoughts. It wasn’t a healthy manner of coping, but Pure-O is a bit like a disease in your brain and it’s hard to think of healthy coping mechanisms when it’s got its talons in you. (Note: I do not condone or recommend cutting–see my post on cutting for more info on that dark part of my life.)

Diagnosis of Pure-O is difficult and generally comes far later in life. It’s mistaken for depression, for being bipolar, for schizophrenia, for generalized anxiety disorder. Plus, it takes a while for someone suffering from Pure-O to seek help. Hiding that we’re “this way” becomes second nature. Also, when you have thoughts like this your entire life, it doesn’t always occur to you that everyone isn’t struggling with them–though you still suspect you’re much worse than others.

Treatment of Pure-O can be the same as other forms OCD takes, but I’ve only had success with medication because of how severe my Pure-O is. Some people have luck with the therapies used for more overt symptoms of OCD, and mindfulness therapy is a common one introduced when your thoughts are the battleground.

So, that is Pure-O. I’m by no means an expert from the outside of it, but I’ve had it for as long as I can remember. If you have questions or comments, please use the comments below or you’re welcome to contact me personally. (See my contact page for an email or social network I’m on.)

**If you or someone you love has Pure-O, a medical professional would be able to give you more specific help and advice, and nothing I’ve said can replace seeking help or should be construed as advice. This is based on my own experiences and my interaction with others diagnosed with OCD.**