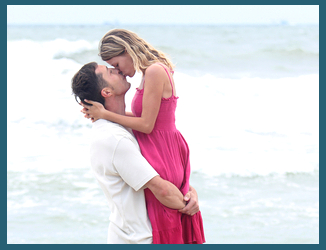 I mentioned on Facebook that I’m writing a romance novella using a beta male to challenge myself and it’s an interesting path thus far. Most romances feature alphas. Some are alphas to varying degrees, but they’re still alphas. Typically, the only softening you see in them is towards the female lead or those they feel responsible for or protective of. And, honestly, it’s a good choice for romances where you want the lead to be a leader and commanding. It’s also much easier to show developing emotions for the female lead in an alpha because it’s more of a change in their behavior–and the publishing world wants more show than tell. I’ve inadvertently written betas because it was right for the story. I don’t generally set out to write them, but I enjoy writing both. I just naturally gravitate towards alphas due to writing romance.

So, how do you establish a male lead as an alpha versus a beta?

Here are a few ways that I’ve found. And I’ve used these tricks in revisions to alpha-up my alpha. This is by no means a comprehensive list. You may even vehemently disagree with me on points–and, for the record, this is a list of how to portray an alpha and beta in fiction so that readers perceive them as such–real people are far more complex blends. And it’s a boiled-down list–even characters are more complex. This is a cheat sheet that I use, not a dissertation.

Dialogue will rarely feature questions–mostly statements that require others to contradict them. (Internal dialogue included.)

He only answers questions if he wants to.

Fewer courtesy words like please and thank you…unless it’s phrases like “thanks, but no thanks” or similar. He rarely asks permission to do things.  He’ll just state his intentions.

Along with that, don’t expect much in the way of apologies of an alpha. If you have your alpha constantly apologizing, remove most and then rework others. Alphas don’t generally apologize because it’s accepting they’re wrong and admitting to it. If they do apologize it’s usually either short…or not “quite” an apology and may even shift the blame to the other person. “I’m sorry that you misunderstood me, but….”

Verbage to express movement is stronger: strode vs. walked, leaped/vaulted vs. jumped, etc.

More aggressive body language both in expression and interpretation. He should always be an inch closer than your female lead is comfortable with.

Less dialogue overall, in fact. You see a lot more physical expression of feelings. An alpha’s inner dialogue will be tighter too. You’ll see fewer qualifiers in both such as “usually, somewhat, sort of, nearly.” Less wishy-washy language.

People are often drawn to alphas–so if there’s a problem, secondary characters should seek help/advice from your alpha.

Often doesn’t play well with others–you can expect them to get aggravated if forced to rely on others or work in a group setting.

Important: If you have a villain or competitor–they should also be an alpha if your male lead is.

If you’re trying to write an alpha and he’s not coming off as alpha enough–you should make sure your supporting characters are recognizing him as an alpha. Have them describe his movements as powerful or similarly. They should ask him questions rather than order him around. He’s only an alpha if other people recognize him as such.

Alphas generally work in an environment as a leader or a maverick–either they’re leading people or they’re doing their own thing because they don’t like depending on other people.

Alphas don’t suffer idiots. If someone behaves stupidly, you can expect that to frustrate your alpha.

Will allow others to take center-stage.

Are seen as more of a partner than a leader.

Ask for help, advice, and questions in general. You’re allowed a lot more questions with a beta…and a lot more dialogue and inner dialogue. A beta can ruminate about their feelings. They spend time thinking about why they are the way they are.

You can use more polite prose: please, thank you, etc.

They can apologize when necessary, but don’t go overboard on the apologies–you’ll drop him down to an omega or he’ll read like a female voice, and you don’t want that.

Don’t often command people, but ask them or work alongside them.

Wait for attention and can be quieter.

They are more forgiving of imperfections.

Where an alpha is more dominant, a beta is more submissive. They’re willing to do what other people tell them.

One nice aspect to a beta is that people will root for a beta with good intentions over an alpha with lousy intentions. So, if you set up your hero as a beta and his competition as an alpha jerk, your readers will pull for your hero to get the girl.

Your beta will fall into natural roles and will act as a secondary to an alpha around. So, if his boss comes in the room, you can’t have him ignoring his boss or sneering at him. You also don’t have to weaken his character by having him be spineless. There are lower positions of power than beta after all.

When a beta takes control…it’s a big moment…so save those moments to establish that he’s acting out of character because it matters. At the end of Back to the Future when George McFly alphas-up out of nowhere and punches Biff…that was his big moment that got the girl.

This is all I can think of off the top of my head.

What are some other ways to establish alpha vs. beta? And I’ll add them here.

So, the guy in the picture at the top? Alpha or beta?

Answer–does it matter? He’s the guy who got the girl.