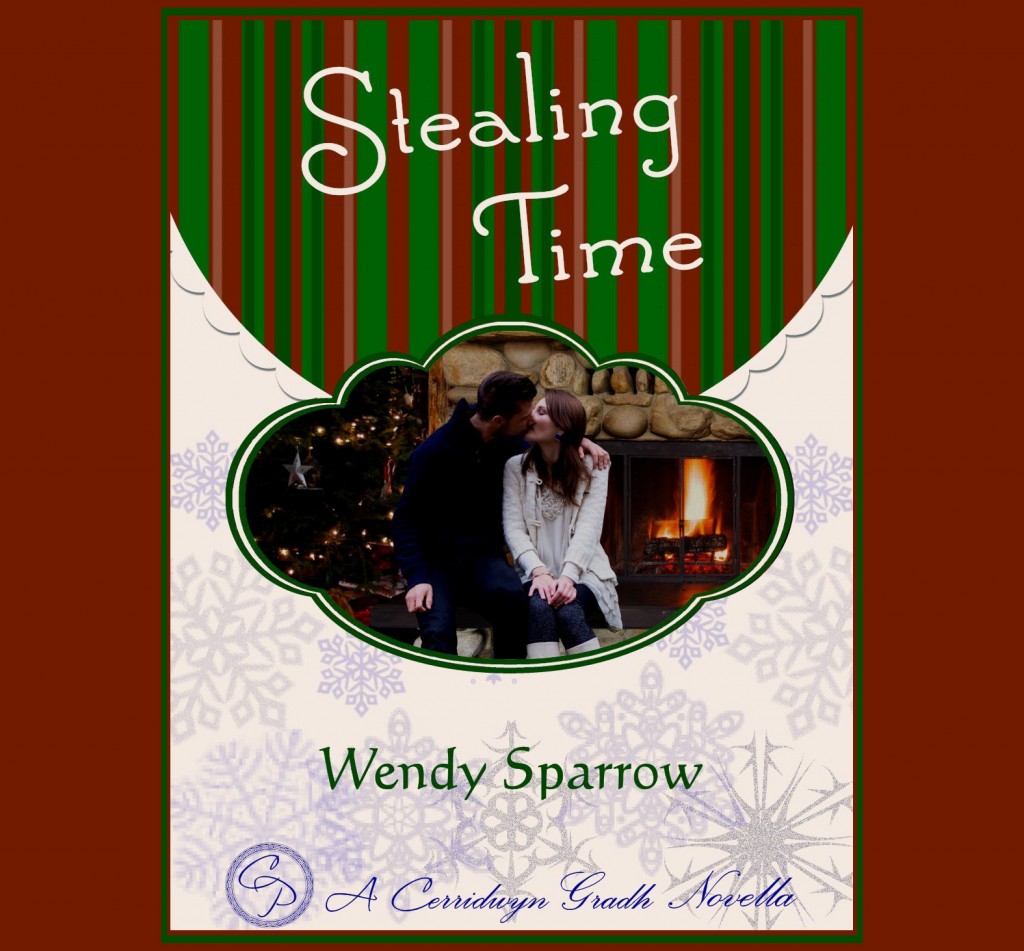 Hannah Lyons was living a charmed life—she’d escaped death thirty-seven times in the last three hundred and fifty-seven days. But Time was about to catch up to her—Time or, in German, Zeit, was nearly upon her…and about to give Hannah back her scarf which she’d dropped nearly as many times as he’d saved her life.

Zeit snapped his fingers as he approached the sweet brunette stumbling through the snow. All around him, shoppers froze, and the air went still. Snow hung in place like a fog. Hannah shouldn’t be out on the streets on the day before Christmas. It was too busy. Too crowded. Hell, it was too easy—she made it easier to kill her than to keep her alive on days like this.

He could feel the pull of the Fates as they attempted, once again, to steal her from him. His beautiful conundrum was standing too close to the curb again and about to hit a patch of ice. In another fifteen seconds of mortal’s time, she’d have slipped on the ice, as that woman carrying the small dog brushed by her and knocked poor Hannah out in front of the snow plow.

“You’re getting gruesome,” Zeit called to the Fates.

He stopped in front of the pink-cheeked Hannah.

Snow clung to her eyelashes, and her red lips were parted, probably in shock that she’d, once again, dropped her favorite scarf. Her hand was poised at her neck, feeling for the crimson scarf he held in his hand.

She was shorter than average-sized with probably average features. He’d never really tried to tell the mortals apart until he’d bumped into Hannah. Chances were, few of the people she saw today would think she was anything out of the ordinary. She was ordinary and then she also wasn’t. Not to him. To him, she was as different and as delicate as a snowflake and just as beautiful. It was irritating as hell.

He unwound the scarf from his fist as he shook his head. “You are going to catch your death,” Zeit said as he draped the scarf around her neck. She liked it wrapped once and then one end tossed over her back and the other end over the same shoulder in front. “Although possibly not if I get to you first.”

He lifted her up by grabbing her waist—which put her mouth in close proximity to his—something he could ignore—if he concentrated. Her soft, shoulder-length hair brushed against his lips, and he blew it out of the way as he carried her farther away from the curb and the lady with the yappy dog. Thankfully, Hannah was a light little thing because he moved her quite a lot. Sometimes for great distances. She was seeing a mortal doctor about that—if only she knew that was the least of her worries. She’d gone to see Hoover Dam and nearly caused a bloodbath.

“You’ve got a week,” he told her, setting her down on her feet like a giant posed doll. She could be a doll—with her cheeks rosy like this, and her eyes glassy from the bite of the cold air.

One week should be long enough to get her out of his system, and that was what he was going to do. No more slipping into the shadows of her life. He’d see what made her so singular and beautiful—reason out why she’d captivated him, and then on New Year’s Eve, at midnight, he’d steal the rest of her hours as he’d been assigned to do almost a year ago.

He brushed a finger along her cheek even as he felt the push of hours. They shoved at his back like a strong gust of wind. Time wanted to march on. But he was master here. For now. Though most likely not if he didn’t kill Hannah this time around. The year end’s sacrifice demanded a lifetime and, last year, fortune had favored him with that heart attack a few feet from his Hannah as she’d been counting down the minutes at the ski lodge.

The Fates had not been amused by the substitution. Snippy old bats.

He traced her jaw. She did look like a doll. Even those puffy red lips of hers belonged on a porcelain figurine. His gaze shifted from mortal to mortal around her. There had to be someone else more interesting and less…marked for death. But no. Just Hannah. The others slipped from his thoughts as he looked away—their features indistinct memories of noses, eyes, lips and so on, whereas he could spot Hannah a mile away from behind.

Admittedly, she did look good from behind.

Zeit stared for one last mortal minute into those dark brown eyes of hers. This was insane. He was insane.

“Stay out of trouble, Hannah.” He tucked a strand of hair behind her ear. She had cute ears. Every day, there was more and more about her he liked. It was a shame. A damn shame.

But time was not on her side…though only in a general sense and in the long-term. For today, Time was definitely on her side, and he wanted to be wrapped all around her. But, in eight days, he’d kill her at midnight. This enchantment would end, and the Fates would let another year go by without damning everyone’s luck.

He stepped back from her and, after one last shake of his head, he walked away as he snapped his fingers again.

It was impossible not to glance back over his shoulder—she had that much of a hold on him.

Her gaze met his. She narrowed her eyes.

Zeit stared back. They’d bumped into each other one too many times for it to be a coincidence, and he was memorable. Nodding, he winked at her before turning and going on his way, leaving a very irate Hannah swearing as she wrestled with why she was hopping from location to location.

It couldn’t be helped, not if he was going to keep her alive long enough to steal her life.