Home » Ebooks » Excerpt from Past My Defenses

Excerpt from Past My Defenses 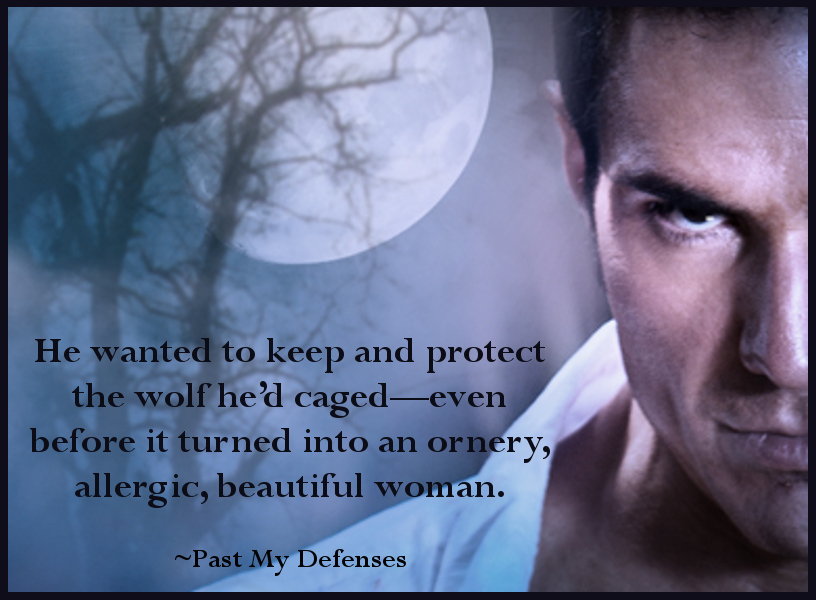 Past My Defenses is out wherever you buy ebooks, but here is a teaser:

When he felt the presence of another person in his room, staring at him, he jerked awake—even as awareness of who it was seeped into his consciousness. He glanced at his clock. Two a.m. He was going to be worthless mornings if this was her bedtime.

“It’s creepy as hell to stare at someone while they’re sleeping. Also…on a side note, breaking and entering is a crime,” he said without looking toward her.

She huffed out a breath in offense.

He sat up just as he sensed she was getting ready to leave.

In the light spilling out from a nightlight in the bathroom, he could make out the outline of her standing there with her hands on her hips. “What?”

Grinning, he pushed out of bed. Her blond hair made her easy to locate, even in the dark.

“How’d you get in? The doors were all locked.” He waited to see if she’d admit to it.

“Maybe you left something unlocked,” she said as he approached. Of course she wouldn’t admit to it. Maybe he would have been disappointed if she had.

When he was only an arm’s length away, he stopped. “Nuh-uh. The only thing I left open was that pet door…and usually I slide the door’s panel closed at night so I don’t get any unexpected visitors. I didn’t close the panel tonight. I expected visitors.”

“I see you got the shirt I left for you.” He reached out and fingered the sleeve of his “Tree-Kisser” shirt. His sister had found it hilarious. He usually wore it to run in—under a sweatshirt. She was in front of his dresser, and he stepped forward, backing her against it and put a hand on either side of her. Leaning forward, he whispered in her ear, “You’re welcome here any time.”

“I’m not a vampire. You don’t need to invite me in.” Her breathing sounded fast and shallow—he hoped it was arousal and not that she was having allergy issues.

“No, but this way it’s not breaking and entering.”

For more information, here are a few more links: